Preparing For A Normandy Landing 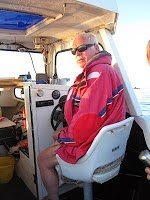 When swimming from Jersey to France like other channel crossings around the world, there are several things that go behind the scenes other than the athlete’s preparation and logistics around their window.

The swim coordinator confirms that the swimmer and all escort personnel will possess their passports and the escort boat will fly Flag ‘Alpha’ during the period that a swimmer is in the water and equipment such as VHF fixed and hand-held maritime radios, fluorescent light sticks, GPS, GPS Satellite ‘Spot’ tracker, radar reflector, flares, first aid kits, life jackets, life raft, blankets and mobile phones are available.

Should the wind force be F4 or above at the start or deteriorate to a similar level during transition, the swim would normally be abandoned. The decision is based on the known ability of the swimmer plus any advice given by the relevant authorities
.”