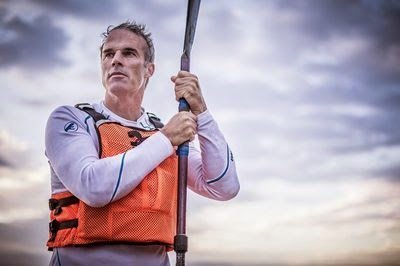 Lewis Pugh will come to San Francisco next week to give speeches and meet a number of individuals.

The United Nations Patron of the Oceans has been trying to get the Ross Sea set aside as a Marine Protected Area. The organisation responsible for protecting the waters off Antarctica is called CCAMLR.

“All the countries have agreed to the Marine Protected Area – except Russia,” explains Pugh. “They have vetoed it for 4 years in a row.”

But Pugh was able to have constructive meetings with top-level Russian government officials in Moscow to move the conservation initiative forward. “That’s the power of sport. I have no agenda other than caring deeply about the environment and peace.”