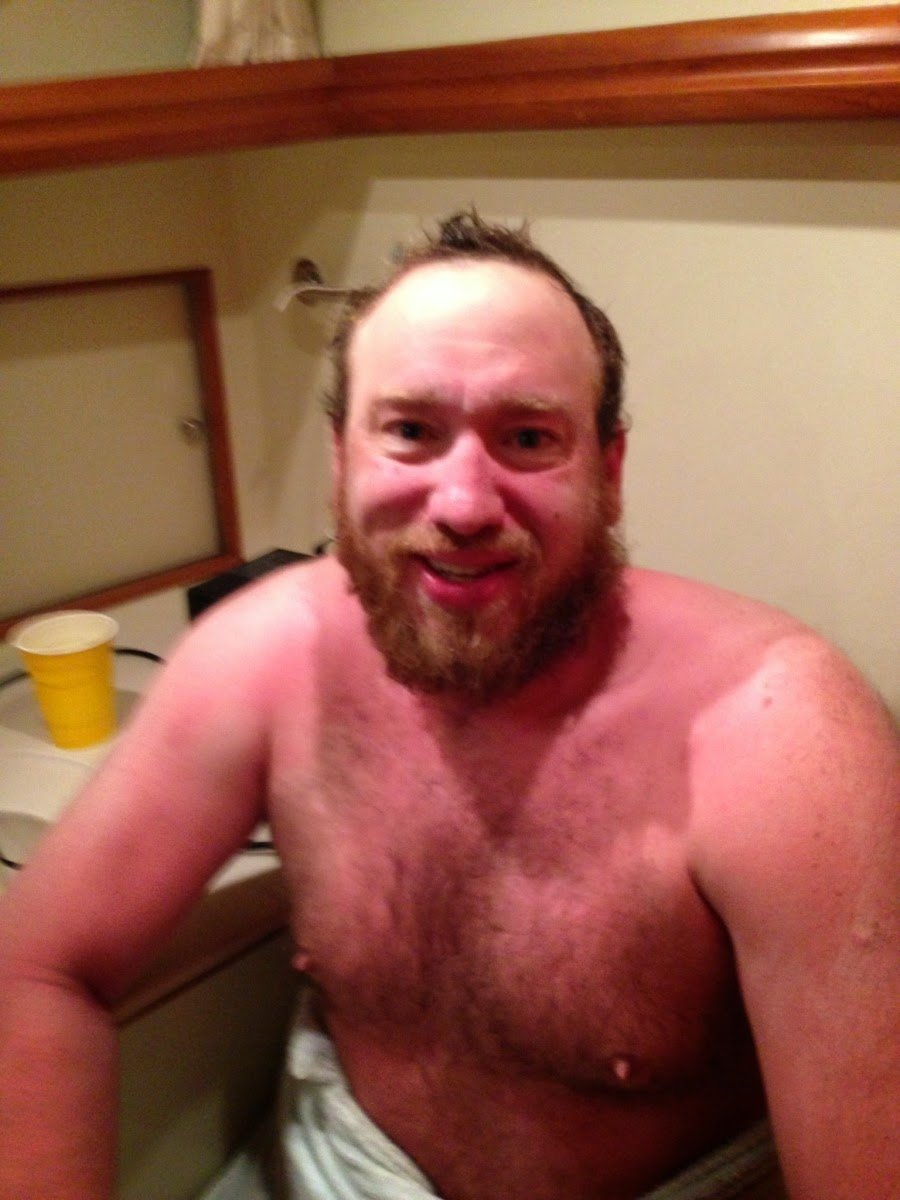 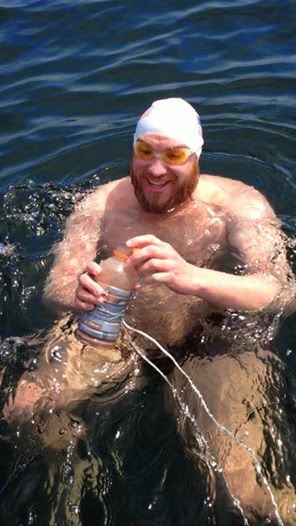 From the natural aquarium of marine wildlife that Lenning encountered at the start off the Farallon Islands to the dark, fog-enshrouded coastline, his swim was an adventure of a lifetime. The 34-year-old from Colorado discusses his swim in the wake of a legendary duo: Lieutenant Colonel Stewart Evans and Ted Erikson.

Daily News of Open Water Swimming: Where do you train?


Craig Lenning: Open water season in Colorado runs from April to October so if I have an early swim, I spend a lot of time in the pool, primarily at the University of Denver which is a few blocks from my house.

Once the ice breaks loose, I try to train more outside than in. There are a few nearby bodies of water such as Chatfield Gravel Pond, Lake Georgetown, Turquoise Lake, and Blue Mesa Reservoir. You really have to watch the afternoon thunderstorms and the Colorado Parks don’t allow much swimming under 8,000 foot because of their restrictions.


Daily News of Open Water Swimming: When you are not swimming and traveling around the world, what do you do [professionally]?

Daily News of Open Water Swimming: What is your swimming background?

Craig Lenning: I learned to swim when I was around 5 years old. I joined an age group team and swam all the way to my senior year in high school. I did not pursue swimming in college and didn’t get back in the water much until I was 29. That was when I started marathon swimming. My second swim in the ocean was the Catalina Channel. My first swim in the ocean was the day before.

Daily News of Open Water Swimming: You have tackled arguably the most difficult – and dangerous – swims in history over the last year in the Bering Strait between Russia and Alaska, and then you did the Farallon Islands. Do you ever get nervous? How do you prepare?

Craig Lenning: I think before any big event, I get a case of the nerves. While I’m training, I try to visualize all the parts of the swim from the boat ride out, start, feeds and finish. I also try to cater my training to what I think the swim will be like. For example, I knew the North Channel was full of big currents so I put in a lot of yardage pulling a swim anchor around the lake or if it is a hot swim, I will work more in the pool than I usually would.

There is really no way to prepare for jumping into the water at the Farallones or Bering Strait. You just need to keep a positive attitude and trust that everyone around you is ready to help you if things go wrong and cheer you on when they go right
.

Daily News of Open Water Swimming: Is it fair to say that you enjoy a challenge that is the tougher the colder?

Craig Lenning: I enjoy all types of challenges out there. I tend to lean towards events that are 15 miles or longer and most of those happen in colder water. I tend to overheat if I swim in anything over 60ºF so I have to be careful in warmer waters. There are some swims in the Caribbean that I would like to try, but I won’t be swimming very fast.

Daily News of Open Water Swimming: Captain Vito Bialla said you were a constant out there swimming from the Farallons. You were steady in your stroke count and your mindset. How do you maintain such focus and even-keeled demeanor in the midst of such difficult elements?

Craig Lenning: I have learned from experience that if you can’t stay consistent or take too much time on your feeds, a swim quickly gets into jeopardy of not being completed. I came into this swim in pretty good pool shape, but I haven’t spent a lot of time in the open water for around 7 months. I planned on the swim taking 18 hours in about 54ºF as a worst case. So I pushed as hard as I could without exhausting myself and would stretch my shoulders if they started to tighten up.

Daily News of Open Water Swimming: Captain Vito also said that you had an interesting episode out there. Can you explain that to us? Did you see any fish or shadows of fish while you were swimming?

Craig Lenning: If you are referring to the shark jellyfish, then I can explain that one. Other than the first 20 minutes of the swim, where I experienced more sea life than I ever have, the seas remained void of life. As we approached the coast, I was startled when I saw a large brown mass about 10 feet below me. I wasn’t sure what it was so I didn’t say anything. Later more and more appeared. I knew I was coming into a nice 3-mile stretch of jellyfish. They were always by themselves, pointing the same direction, and at the same depth. So I went back to swimming when something big appeared underneath me. It was shaped like a very large brown shark. I gave it a double take and saw that the jellyfish were having a party and were formed the perfect outline of an 8-foot shark silhouette. I wish I could have gotten a picture. Even as I watched my friends drift on, it still looked like a shark.

Daily News of Open Water Swimming: You have been successful in every swim that you have attempted. How do you continue to be perfect while attempting such difficult challenges?

Craig Lenning: So I have had one Did Not Start in my career. We were out in Hawaii trying to tackle the Molokai Channel. We had been watching the swells and wind for a few days and my window was closing fast. We decided to head to the beach in Molokai and give it a go. The weather did not break and we decided it was not safe for me to swim. That taught me to give swims an appropriate weather window. As for the training side, I always try to keep my weekly yardage greater than the distance of the planned swim. If something unexpected comes up, I make the yardage up over the weekend or at a 24-hour pool.

Daily News of Open Water Swimming: You swim with a full beard. Other than a few others, this is unusual. Do you ever chafe?

Craig Lenning: I usually only swim with a trimmed up beard. In my first marathon, I got really bad chafing on my lower neck. After that I grow the beard out long enough to where it becomes soft. Then when I put grease in the beard, I don’t chafe at all and my beard lets me keep a little extra if I get a hot spot. I also use the beard much like hockey player grows a playoff beard. I don’t shave until the swim is done. But when I do shave, I keep a sweet mustache until my wife makes me shave that off.