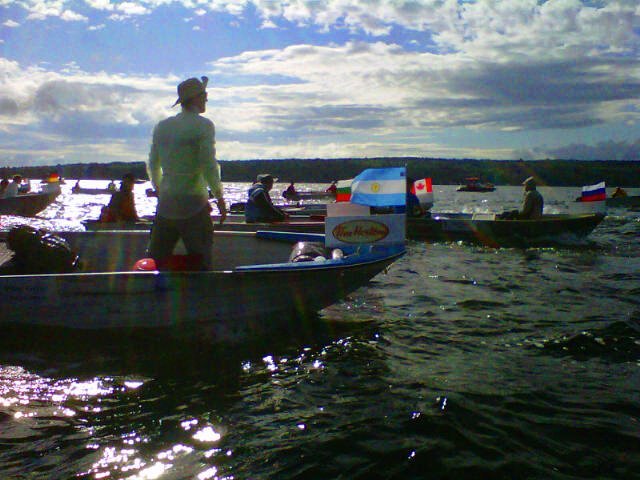 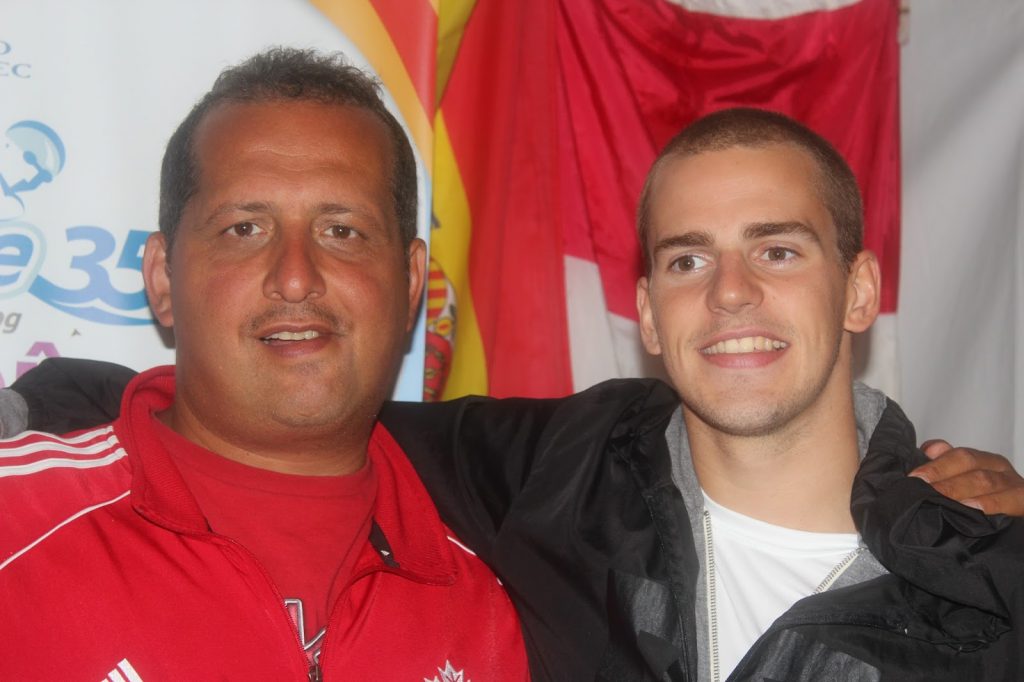 He has high expectations for himself. Local Sherbrooke swimmer Xavier Desharnais has the possibility to win today’s Traversee internationale du lac Memphremagog.

“It would be huge if I won,” says the 23-year-old Canadian. “I am going to keep on doing this race until I win it.”

Desharnais has the elements working in his favor today with high winds, severe surface chop, and a pace that will prove to be faster than normal.

Canadian coach Mohamed Marouf of Montreal is on his boat. The former Egyptian star swimmer has plenty of experience on the mighty Memphremagog. “Xavier’s strategy is to stay with the Italian [Simone Ercoli]. It is going to be a fast race and they will move in the beginning.” 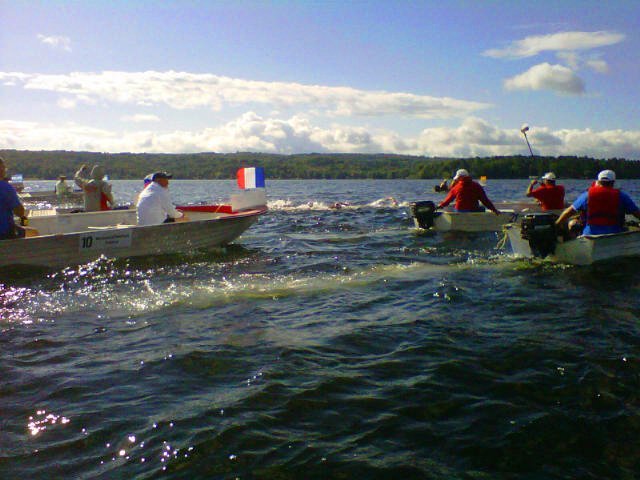 “Unlike other races, the men and women will spread out early. Xavier must stay with first pack and see how the pace and conditions dictate how he swims on the second half.”

In the out-and-back course, the field is swimming 17 km straight into a strong wind. Each arm stroke is banging into the surface chop, creating whitewater on every stroke. But the pros are adapting to the conditions. Their kick is stronger than normal and they are holding a strong streamlined, horizontal position in the chop. The stability of their core enables them to remain balanced and cut through the chop like dolphins playing in the waves.

Olga Kozydub of Russia is swimming side-by-side with Martina Grimaldi and the two rivals are eyeing each other like sharks over a bloody carcass.

By the time this 7-8 hour race is over, this duo will push themselves past every physiological barrier. Grimaldi, with her recent 25 km world championship victory stands on top of the women’s field, but the young Russian is ready to take her place today. 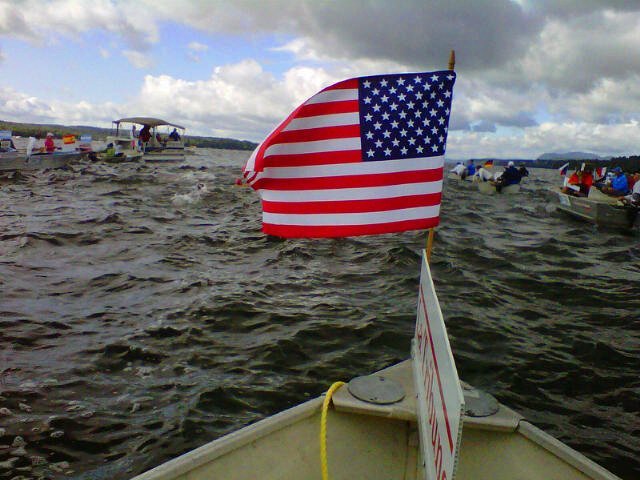 While the Italian and Russia are battling it out with the men in the middle of the pack, Americans Mallory Mead and Lexie Kelly remain in the lead pack towards the back. It is an interesting contrast between swimmers both from Southern California.

One, Mead, is an experienced channel swimmer and Triple Crowner, who strokes through the water with a fast-paced stroke and a slight kick. The other, Kelly is a former breaststroker and butterflyer turned open water swimmer who is leg-dominant with a slow, methodical arm stroke. For a few hours now they have perched themselves behind Jarrod Poort of Australia and alongside Croatia’s Karla Sitic.

“I want to hang with the men for as long as possible,” Kelly explains. “They swim so smoothly and give off a huge wake. But once they take off, then it becomes a different race.”

As the swimmers past idyllic uninhabited islands in lac Memphremagog, the natural beauty of Quebec is overwhelming. But the intensity and focus of the athletes at their job at hand blinds them to the scenic environs. Every stroke is a struggle against Mother Nature.

But it is a battle that each athlete intends to win.