Antonio Argüelles Díaz-González is one of the world’s most remarkable men, living a life of challenge and accomplishment both on dryland and in the open water, among athletes and businesspeople, across borders and across cultures.

The 57-year-old from Mexico City has traveled the world in his quest to achieve the Oceans Seven.

In addition to the 8 running marathons and 5 Ironman triathlons that he has accomplished, Argüelles has completed the following marathon swims: 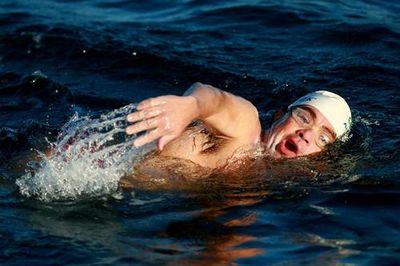 He has two channels to complete before he reaches his pinnacle of the Oceans Seven. But they are the cold ones: the North Channel between Northern Ireland and Scotland, and the Cook Strait between the North and South Islands of New Zealand.

In addition to his regularly scheduled training trips to San Francisco where he trains in Aquatic Park, Argüelles will attempt an unusual swim as part of his cold water acclimatization:

A very rare January crossing of the Catalina Channel that has only been accomplished twice before by George Young (15 hours 44 minutes) and Henry Sullivan (22 hours 45 minutes) in 1927.

Similar to the inaugural mid-winter race held on January 15th 1927 sponsored by William Wrigley, Jr., Argüelles will be swimming in some cool water. “In 4 weeks, I will attempt to swim Catalina Channel for the fourth time. Coincidently, if I succeed it will be on the 90th anniversary of the first crossing [at the Wrigley Ocean Marathon]. Hopefully, the water will be cold and serve as a good workout for Cook Strait and North Channel.” 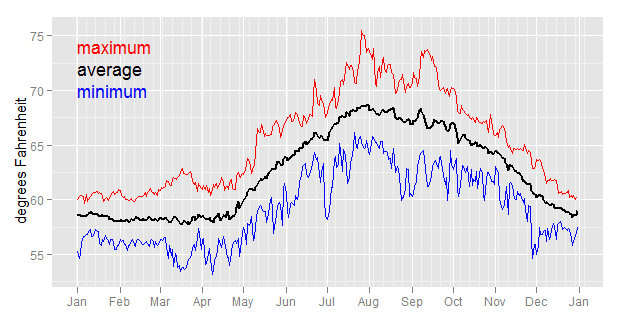 Evan Morrison created an analysis of the channel’s historical water temperatures by tracking 239,000 readings in the Catalina Channel over a 14-year period using a National Oceanic and Atmospheric Administration buoy data in the San Pedro Channel [see here]. Historically, it appears that Argüelles may face water temperatures between 56°F (13°C) on the low side and 62°F (16°C) on the high side.

But Argüelles can also expect some very cool evening air temperatures since he will be swimming through the night and lower-than-average water temperatures as he approaches the California coastline.

All of those conditions will only help Argüelles succeed in his remaining two cold-water Ocean Sevens channels. He will be the oldest individual to complete the Oceans Seven – and only the seventh person in history to achieve this goal.

The current water temperature of 59.7°F (15.3°C) is taken from the NOAA buoy in the middle of the channel.