Back in 2019, if there was one thing that Quinn Fitzgerald of the Olympic Club of San Francisco was not thinking about, it was racing at the world championship event. In Murmansk. In the Arctic Circle. Among the world’s best and most hardened cold water swimmers from 32 countries at the IISA 3rd World Championship.

Fitzgerald was a former competitive and collegiate swimmer at Yale University who was a middle-distance specialist (200 – 400 meters). He didn’t train in the ice. He wasn’t tapered and he only threw in his swimsuit at the last moment while packing at the encouragement of Ram Barkai.

Fitzgerald was considered a cold water swimmer in his native California where he regularly swam in Aquatic Park. But the term “cold water” is only relative in California compared toMurmansk’s Semenovskoe Lake. The waters of San Francisco Bay rarely dipped below 10°C (50°F), a far cry from the0.2°C waters in Murmansk.

At Barkai’s urging, Fitzgerald entered the 50m and 200m freestyle races, more for the overall experience rather than a keen sense of competition. He surprised himself. It was certainly a shock, but he finished among swimmers from the established ice swimming countries of Ireland, Great Britain, Russia and South Africa that dominated the age group podium positions. 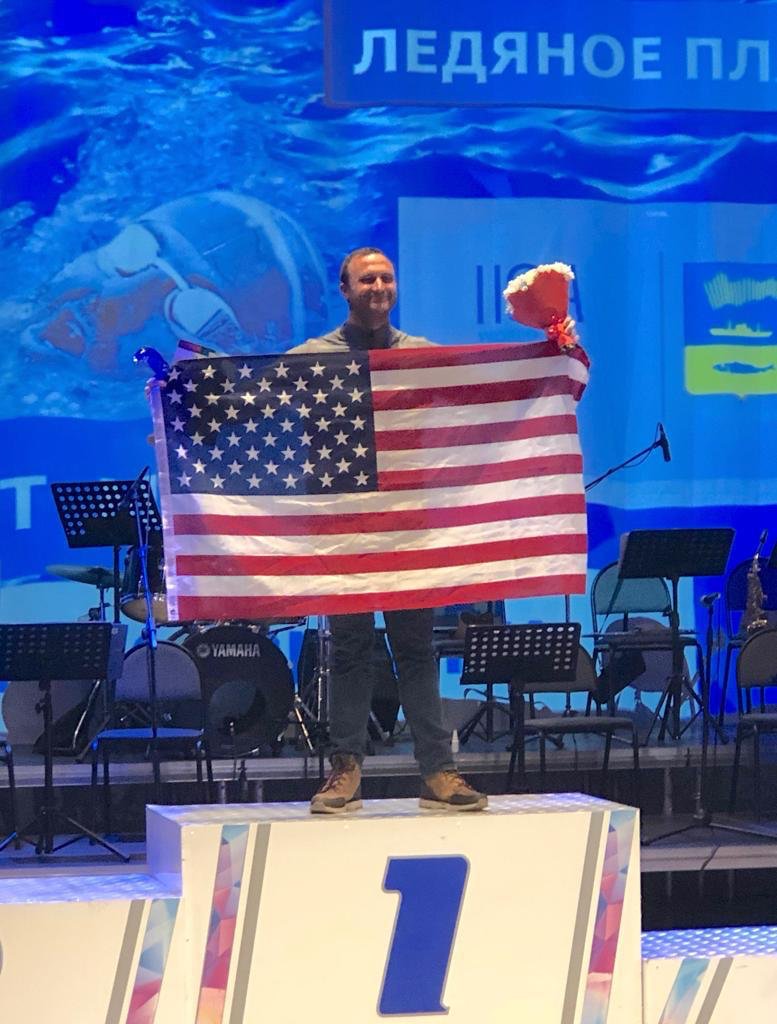 While the crème de la crème of the ice swimming world were ready and experienced, Fitzgerald had to buy new clothes just for travel and was about to undergo his first in-the-water start, post-swim sauna, and rewarming procedures.

But the 36-year-old newcomer proved that the cold is a condition that suited him well enough to win [see video above in lane 8].

He finished fifth overall in the 200m freestyle event in his first cold water swim of his life, but it was his upset victory of Poland’s Michał Perl, Germany’s Tobias Jakle, and Russia’s Pavel Bainov in the 50m freestyle that opened his eyes up to his future ice swimming potential.

Fitzgerald had been training hard, taking ice baths and swims in Lake Tahoe, but unfortunately, with the travel restrictions and ongoing pandemic issues, he will have to postpone his participation in the next IISA World Championship in 2023.