Quintus Sertorius, Swimming For His Life 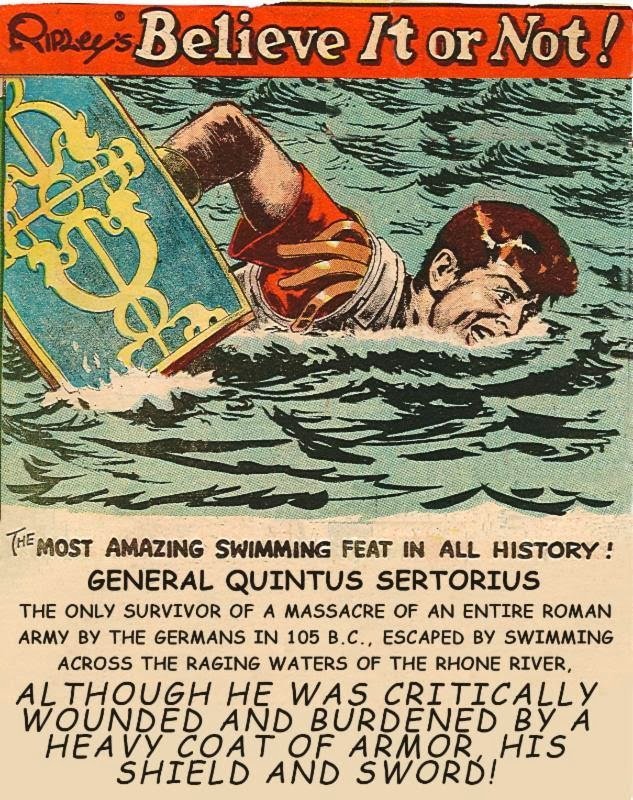 Quintus Sertorius (c. 126 BC – 73 BC) was a Roman statesman whose brilliance as a military commander was shown during battles against Rome for control of Hispania.

At a time when most military personnel could not swim, the Sertorius once swam across the Rhône River in southern France although he was critically wounded and burdened by his armor.

He had to swim for his life after he survived a massacre of the 80,000-man Roman Army along with an estimated 40,000 auxiliary troops (allies) and servants and camp followers – virtually all of their participants – by the Germans in the aftermath of the Battle of Arausio that took place in 105 B.C. between Arausio and the Rhône River.

While the distance is not far by today’s standards, 2100 years ago during a bloody war while wounded and after thousands were killed must have been a difficult escape.