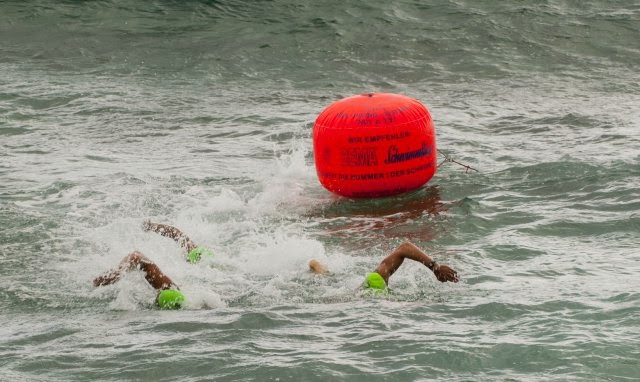 If there is a hub of the open water swimming world, it is the race directors who work tirelessly to provide entertaining, safe and challenging open water swims around the world. They create local communities and annual celebrations of open water swims.

Chris Gardner of Hawaii is the race director for the North Shore Swim Series on Oahu in Hawaii and is typical of these hard-working, committed individuals.

Gardner noted that lawyers were inexplicably drawn to the North Shore Challenge as they make up 10% of the 400 participants. He notes, “You can witness the ocean’s splendor in an unparalleled way. It is like swimming in an aquarium. The race is downstream, the trade winds blow with you, and the waves are flat in August.”