Race For The Conch Eco-SeaSwim

Ben Stubenberg, Race Director of the Race for the Conch 1-mile Eco-SeaSwim in Grace Bay in Turks & Caicos in the British West Indies, said, “Interest in open water swimming in the Caribbean region has grown rapidly over the past few years with annual organized races being held in Grand Cayman, St. Croix, Bonaire, Cancun, Bermuda and other locations.

The most recent addition to this list of desirable destinations is the Turks & Caicos where the Race for the Conch 1-mile Eco-SeaSwim is set for July 10th.” 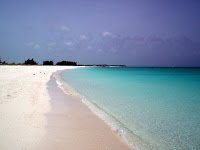 Chloe Zimmermann, Co-Race Director, explained, “Grace Bay is almost flat all summer, protected by the third longest barrier reef in the world. So the conditions are perfect to host a very fast open water race.

Although Grace Bay has been the venue for the swim portion of local short triathlon events, this is the first stand-alone swim race.”

Ben added, “But as perfect as the conditions are in Grace Bay just for swimming, a race open to everyone who has put in the time and effort to be ready, has to stand for something. If we are going to use the sea as a special place to enjoy and challenge ourselves, we have to give something back. One of the ways is to help protect the reefs by raising awareness about what we can do individually and collectively to avoid harming this precious resource.” 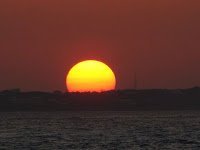 “Like being careful not to kick fins against the coral or throw plastic into ocean, even straws. But some are less obvious, like being conscious of the kind of sunscreen we use when snorkeling or diving around reefs. Some of this stuff doesn’t break down easily and kills the living organisms of the reefs when it separates from our skin.”

“To get smart and be more sensitive in how we run this race, we sought the support and advice of the Turks & Caicos Environmental Center,” explained Chloe. “Our planning and efforts have paid off because now Green Globe has officially certified us as an environmentally responsible event. So the term ‘Eco-SeaSwim’ is not just a catch phrase for us. We mean it.”

Ben and Chloe means other things, too. “The race is promoting charities that protect and care for children in the Turks & Caicos and Haiti. We are also highlighting a non-profit group that provides tractors to help Haitian farmers increase food production and assist Haitian rescue teams to in disaster situations. In fact, at the race we are planning to host and honor several members of that Haitian rescue team that were first on the scene following the catastrophic earthquake in January. Some will also participate in the swim race.

“We also want to build greater interest in the sport of open water swimming in the Turks & Caicos, Haiti, and throughout the West Indies. Several strong West Indian swimmers have emerged on the world swimming scene, and we definitely want to promote more of that.”

We look forward to more of that.