Racing Down Under At The State Harbour Crossing 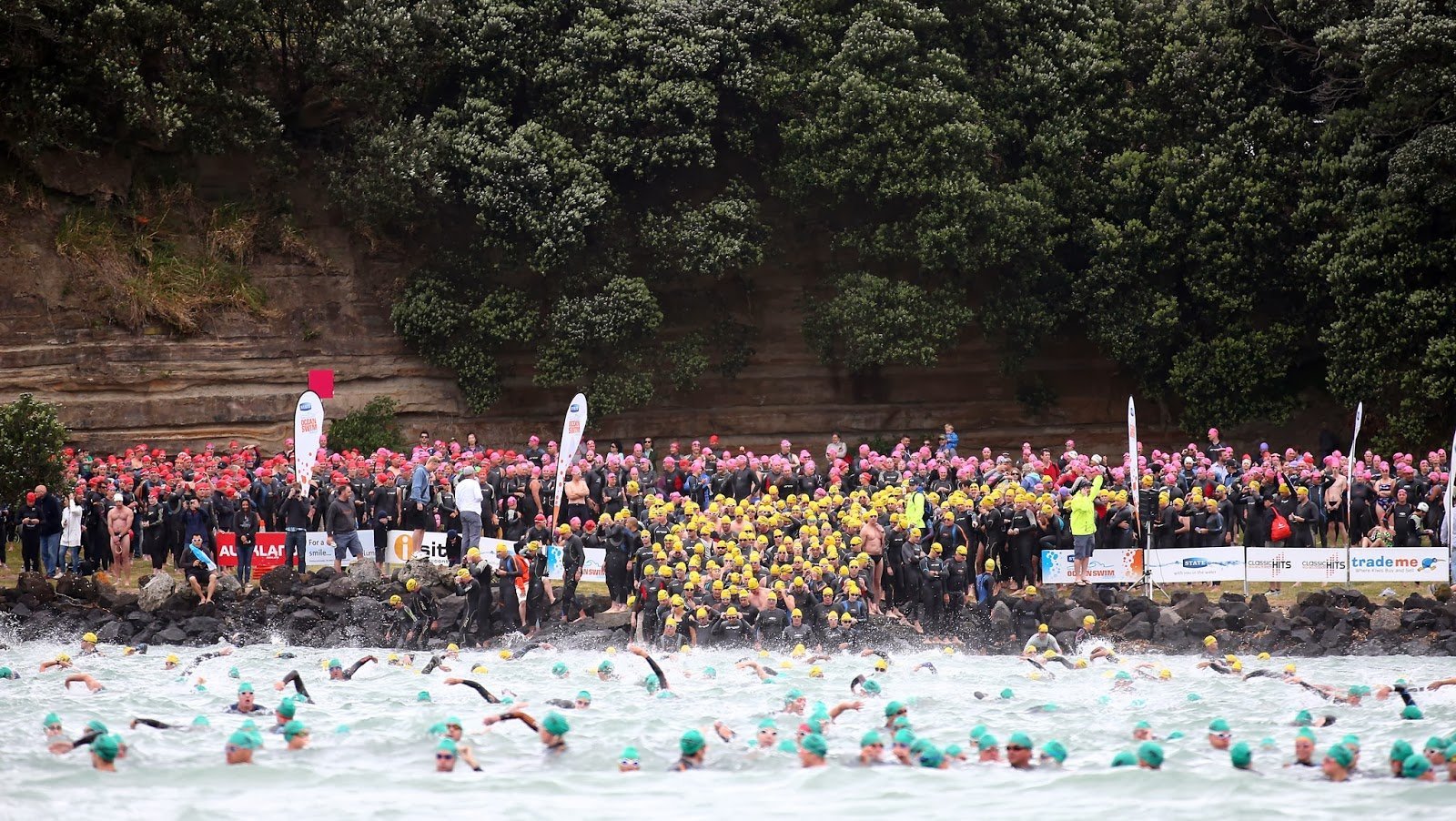 New Zealander Charlotte Webby who always performs well on the State New Zealand Ocean Swim Series has specific goals, shared by many swimmers of all ages at the State Harbour Crossing.

“I’m going to go out, go hard and have fun. I’m keeping it really simple,” says the competitive swimmer from Taranaki about participating on one of the world’s top open water swims.

“I’m all about building towards the New Zealand Championships in [Lake] Taupo in January and then the opening race in the Billaton Aquatic Series in Perth in February. I need to nail those races to qualify for next year’s Pan Pacific Games on the Gold Coast.“

With Melissa Gorman just coming back from an injury, Webby will also face an emerging 18-year-old star Emma Robinson from Wellington. Robinson who comes from the pool environment surprised herself at the New Zealand Open Water Championships in January where she swam brilliantly to qualify for the World Championships ahead of Webby.

Webby and Robinson will also run up against Australian Jessica Walker who finished 5th at the World University Games in Kazan, Russia in the 10 km. “I’ve several New Zealand friends who’ve told me I have to swim in this series, so I can’t wait to get into it, said the 23-year-old from the Gold Coast. “The only thing that will be interesting is the water temperature. I’ve only some in a wetsuit once before, and I found it quite challenging. But the more I practice with it, the better I will be.”

The 2.9 km Harbour Crossing in Auckland is the first of the six race series which concludes on the North Shore in April next year. But it all starts at 7 am on Sunday morning in front of Quinton Park in Bayswater and ends at Karanga Plaza in the Viaduct Harbour. Almost 1,800 swimmers are entered this year, a record in the 10th year of the race.