Racing Young vs Old, Male vs Female In Hawaii 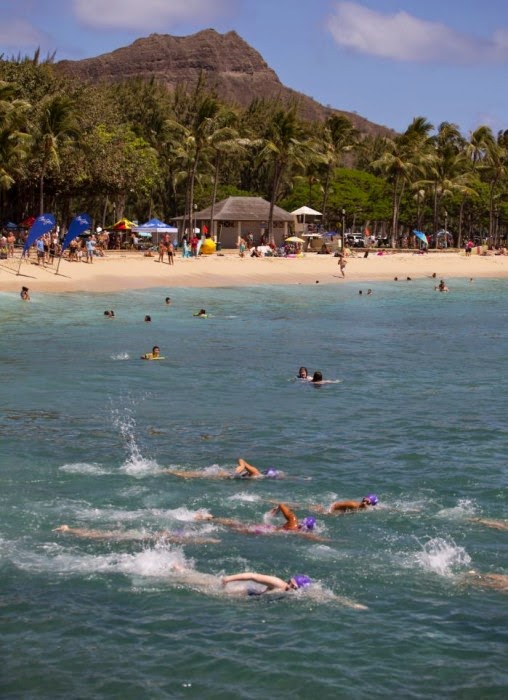 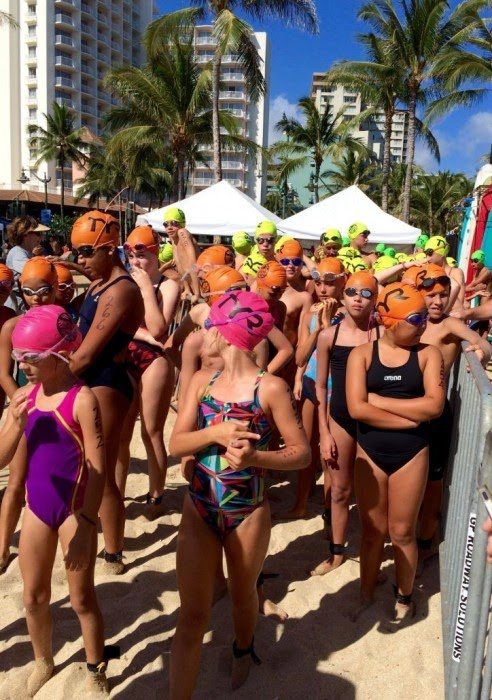 Hawaii-born and -raised John Flanagan has participated in some outstanding open water swims throughout his career as a swimmer and professional triathlon, but the Maui Jim South Shore Classic on Oahu took his breath away.

“The event was awesome. The race format worked well and we had a beautiful day.”

The Maui Jim South Shore Classic is an ocean swimming competition on Queen’s Surf Beach in Waikiki, adjacent to the bodyboarding break Walls.

The men’s and women’s race was a 1-mile swim that included a 20-yard run on the beach between each loop of a half mile. The swimmers started in waves with the oldest swimmers starting first and the remaining age groups following down to the youngest competitors. Awards were given to the first 10 swimmers who crossed the finish the line regardless of age.

On the edge of Waikiki, spectators lined the course and watched the races unfold along the wall at the Kapahulu Groin and from the shore of one of the world’s most famous beaches. Swimmers could breathe to the left and see Diamond Head volcano rising majestically in the background.

The Keiki (children) race was a half-mile swim for ages 14 and under and also included a 20-yard run on the beach between each loop. The format was the similar with the youngest swimmers starting first and the remaining age groups sent later from youngest to oldest. The first 10 swimmers who crossed the finish line received awards.

The Elite race was a 2-mile swim with four 1/2-mile loops that included a 20-yard run on the beach between each loop. It was a men-versus-women race with the women receiving a head start. Awards were given to the first 5 swimmers to cross the finish regardless of sex.

Flanagan said, “We are thrilled at the turnout of over 200 participants. Watching the elite swimmers vie for the crown, seeing the keiki have such a good time…what a better way to kick off the summer ocean race season.”