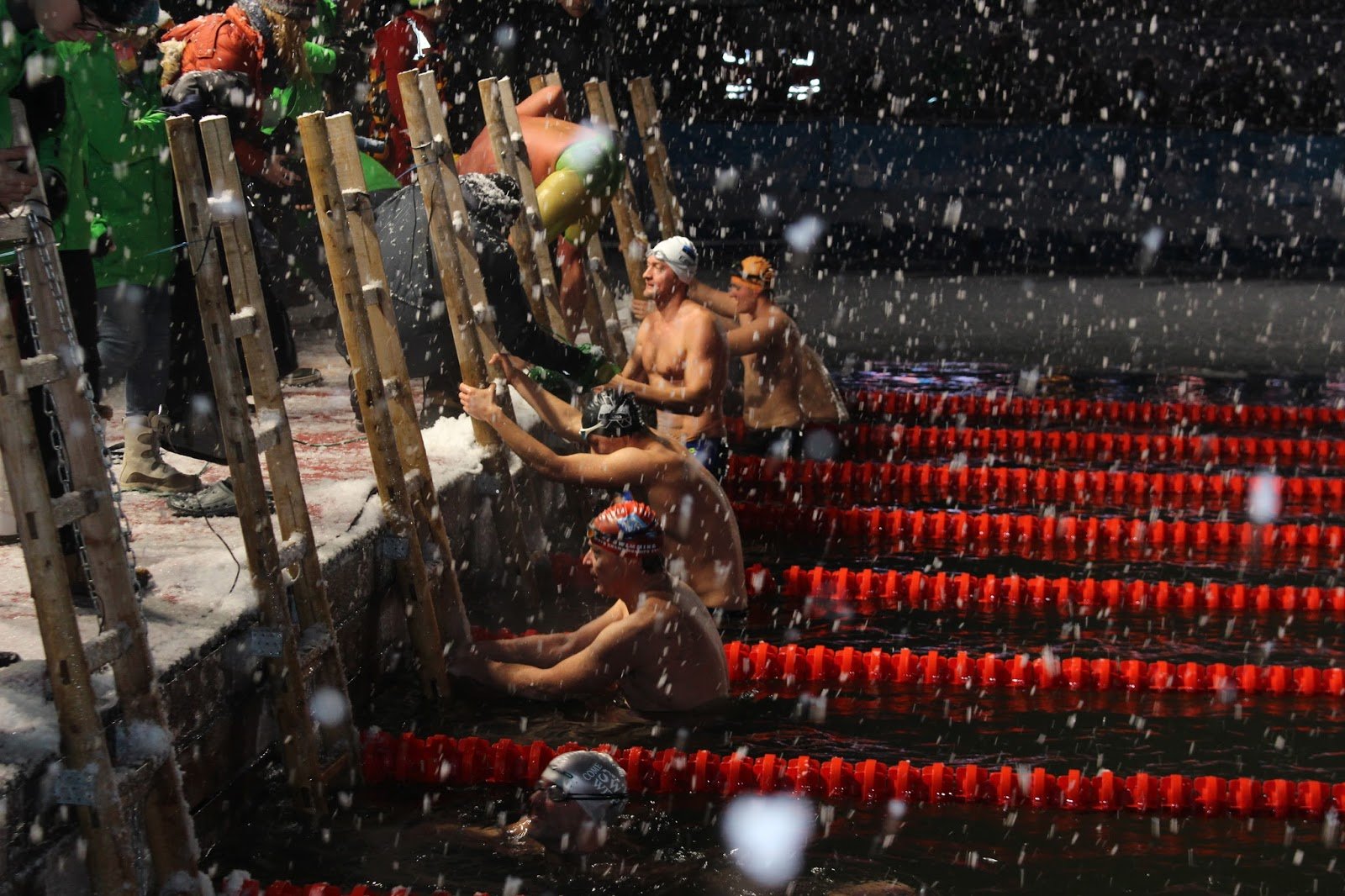 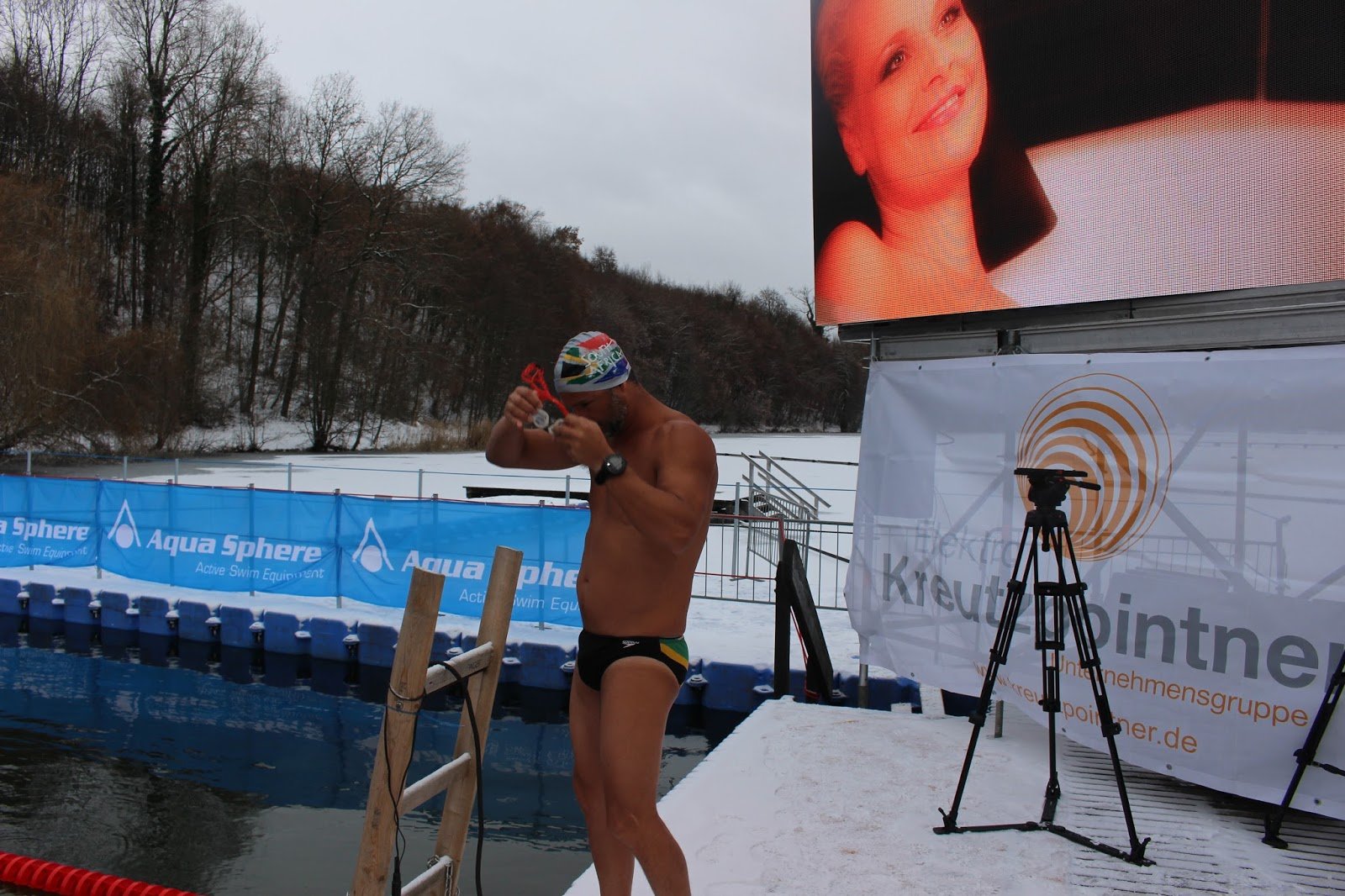 But open water swimming or marathon swimming became the de rigueur terms for the sport as the 21st century came around.

With the creation of the ‘Olympic 10K Marathon Swim‘ in 2005 by the International Olympic Committee and FINA as the inaugural open water swimming race at the 2008 Beijing Olympics, the global understanding of the term ‘marathon swimming’ equaled a distance of 10 kilometers. While some in the sport still consider a marathon swim to be of a distance at least 25 km, or in some cases 21 miles a la the English Channel, 10 kilometers is now generally accepted as the distance that separates open water swimming from marathon swimming.

“But after watching the increased growth of Ice Miles and Ice Kilometers by some of the most hardened athletes on the planet in the most inhospitable environments and most risk-taking conditions possible, what constitutes a ‘distance swim’ could be radically redefined at least from what I saw among the ice swimming community,” said Steven Munatones.

“While swimming 1,000 meters in a climate-controlled competition pool or in an open water environment in water temperatures over 10°C (50°F) is not considered by anyone in aquatics as long distance or marathon swimming, what these people are doing in water temperatures below 5C where the air temperatures are usually below 0C, is in my opinion, another emerging form of distance swimming.

For most humans, falling in water below 5°C would lead to hospitalization or serious injury and in some cases death. For a vast majority of competitive swimmers, they would not consider a 100-meter swim or even a 25-meter swim in the ice swimming conditions. It simply is not within their realm of interest or abilities.

So swimming for 1,000 meters or a mile with snow and ice all around them is, by all means, a distance swim. Most pool swimmers who do 500 yards or 800 meters even call themselves distance swimmers. Swimming in such cold water for 1,000 meters or more is unfailingly hard to do safely, incredibly difficult and requires a tremendous amount of self-discipline and period of acclimatization. By all normal human standards, notwithstanding the de facto definition of marathon swimming in water above 10°C, one kilometer of ice swimming is a really, really long distance unattainable by a vast majority of experienced swimmers including nearly all Olympic swimmers, either pool or open water.

Therefore, as controversial as it sounds to channel swimmers used to swimming many more miles in water usually at least 12-15°C, an ice kilometer swim and ice miles could be considered a distance swim given the incredibly difficult circumstances and frigid conditions

This remains a personal impression based on seeing over 400 athletes compete at the 2017 Ice Swimming Aqua Sphere World Championships in Burghausen, Germany, including over 100 athletes who completed the 1,000m swim in 2-3°C. 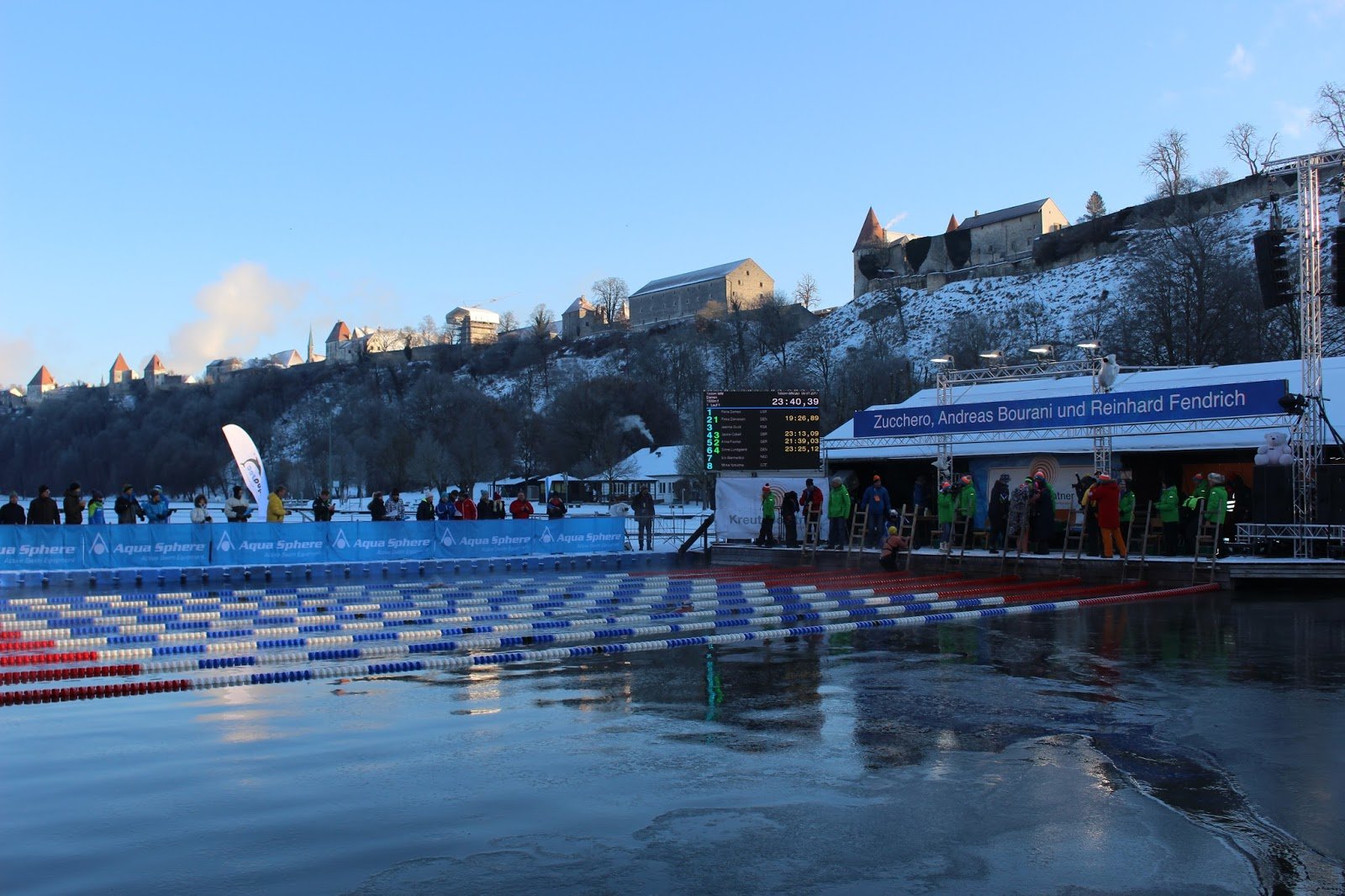