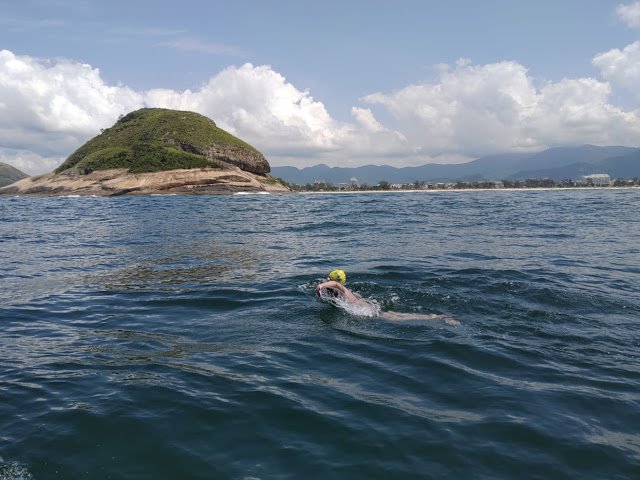 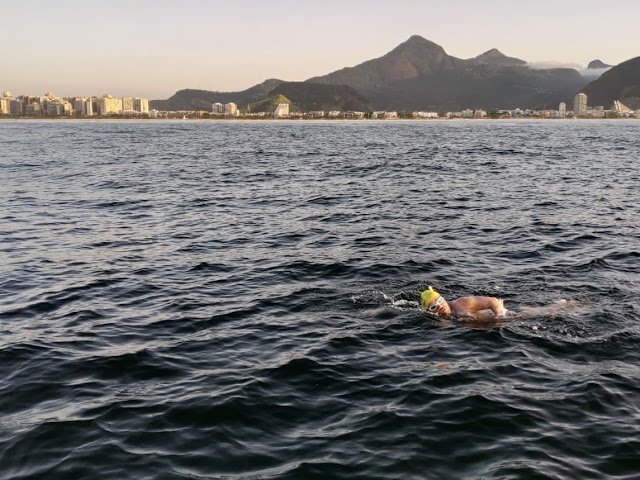 In the early hours of January 21st after a week with many climatic instabilities, 36-year-old Rafael Vale Amoresano started swimming at 1:00 am in Praia do Leme towards Pontal accompanied by his trainer Dannyel Sieburth and the swimmer and coach Glauco Rangel on board the escort boat Boa Sorte with captain Max Pain Viglio.

The water was at 24ºC and the sea conditions were good for his attempt. Sea swells were less than 1 meter with rhythmic undulations and southwest winds, excellent conditions for those who want to swim towards Pontal.

Amoresano started swimming encouraged by his grandfather. This passion for water led him to bodyboard for 26 years. After experiencing personal difficulties and symptoms of depression, he went back to swimming, where he met Sieburth who invited him to challenge himself in the open water. “I don’t know how to explain what happened to me, but it started a great transformation in me,” said Rafael who in less than a year of preparation decided to attempt the 36 km Travessia do Leme ao Pontal.

Travessia do Leme ao Pontal is a 36 km scenic coast in Brazil that ends in Pontal. The ocean challenge offers adversities (winds, waves and currents), but it also has great natural beauty, where the swimmer can admire, from a privileged perspective, the wonders of Rio de Janeiro, including Sugarloaf Mountain, Copacabana Beach, Christ the Redeemer, Cagarras Archipelago, Ipanema Beach, São Conrado Beach, Barra da Tijuca and Pontal Beach.

Amoresano swam with steely determination, very focused as he swept very fast past the wonders of Rio de Janeiro including Sugarloaf Mountain, Copacabana Beach, Christ the Redeemer, Cagarras Archipelago, Ipanema Beach, São Conrado Beach, Barra da Tijuca and Pontal Beach. He finished in 10 hours 6 minutes where he was greeted by family members who waited for his arrival at Pontal Beach. 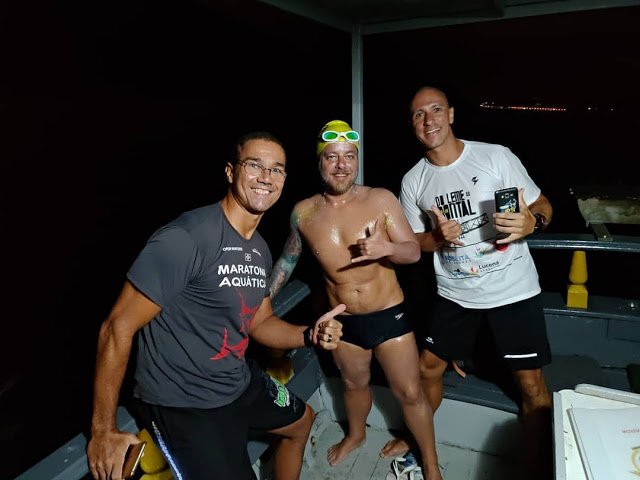 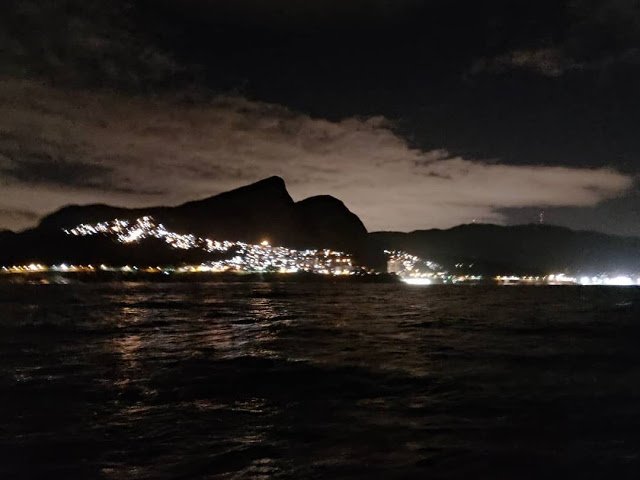