Ram Barkai Going High And Getting Cold In Lesotho 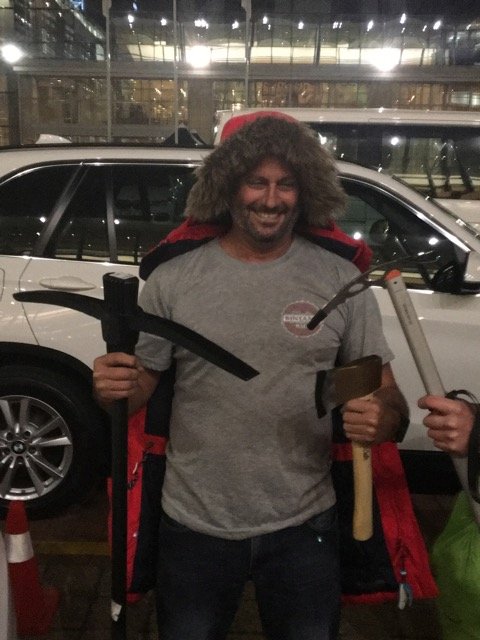 Snow has come to Africa. Big-time.

And ice swimmers have gathered in Lesotho.

“We can’t miss an icy opportunity to chase the best snow in Southern Africa for 20 years,” explains Ram Barkai of the International Ice Swimming Association.

“Lesotho, a sovereign country within the South African borders, boast the highest mountains in southern Africa.

Lesotho is mostly mountainous and a beautiful rugged small country, placed in the northeast part of South Africa. It has its own king and government and its own tribal structure, but the most important thing for ice swimmers is its snowy mountains, is called a kingdom in the sky
.”

Around the highest point in Lesotho’s Bathu-Bathe area lies a small ski resort called Afriski. Its only slope is small in European terms, but conversely, it is massive in African terms. The resort has three little water dams usually used for the snow cannons to cover the slop when snow is scarce.

“One of these dams will be used to host the International Ice Swimming Association 1 km event,” says Barkai. “Due the severe drought in some parts of Southern Africa, the dam has been dry for three years now. Last year, the location was beautiful, but the water temperature was boiling hot around 7°C (44.6°F). Ice swimming rules dictates a maximum of 5°C (41°F) water temp,.”

This year, Barkai took no chances and sought a place with a guarantee for water temperatures below 5°C. “Last year we made a lot of effort, but we couldn’t find sub 5°C. We were very disappointed. This year is also the qualifying event for the world championships that will be held in Germany in January 2017. So we couldn’t take any chances.” 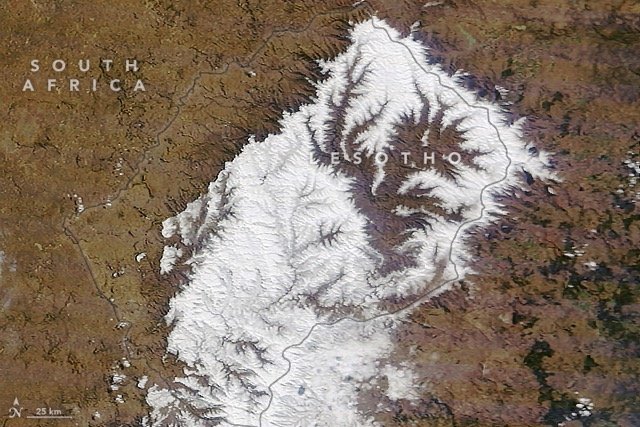 The mountains of Lesotho provided precisely the opportunity Barkai and his ice swimming colleagues were seeking. With a heavy snowfall that has not been seen in over two decades, 15 South African swimmers are venturing their way to Afriski from all over South Africa. “It’s a very long trip,” said Roxy van Eyk, one of the organizers. “It is a 16-hour bus trip from Cape Town.“

The team, armed with chainsaws, ice axes, pick axes, axes and hammers are set to break the 20 cm ice sheet and create a big enough open water to hold a 1 km swim. “We don’t have lane ropes or ladders. It is a very remote place. It will simply be an open water swim,” explains Barkai. “Luckily, it is a small ski resort, so we have access to ambulances, medical facilities and a helipad.”

Dr. Sean Gottschalk is the event’s medical and safety officer. Dr. Gottschalk joined Lewis Pugh on his Mount Everest swim and the Mad Swimmers group in their unprecedented ascent to just under 7 km high-altitude swim in South America where the swimmers managed to find a small frozen pond to have a dip in the water. “The doctor is probably one of the most experienced ice swimming doctors out there.” postulated Barkai.

“What is the most important is the fact that he is the only doctor with experience in ice swimming at high altitudes. The swim location in Lesotho is 3,050 meters (10,006 feet) high. Doing anything is such altitude is not easy. But racing a 1000m swim event in close to 0°C is another thing altogether.”

The swimmers will have two days to acclimatize. They will spend most of the acclimatization period building the swimming location, cutting through the ice, and doing short test swims. On August 9th, they will compete a 1 km in 4 heats of 4 swimmers. “It will be a world first for such a fit – competing at such [high] altitude in 0°C. All the swimmers wet through thorough medical checks. Safety is huge priority in such extreme event. Some of the toughest swimmers in South Africa are participating in this event.

They are all very familiar with tough and cold swimming conditions, but this will be a new territory for all of them.
” 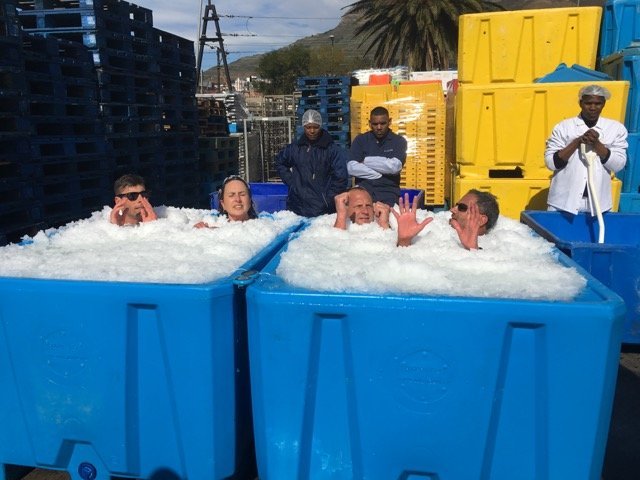