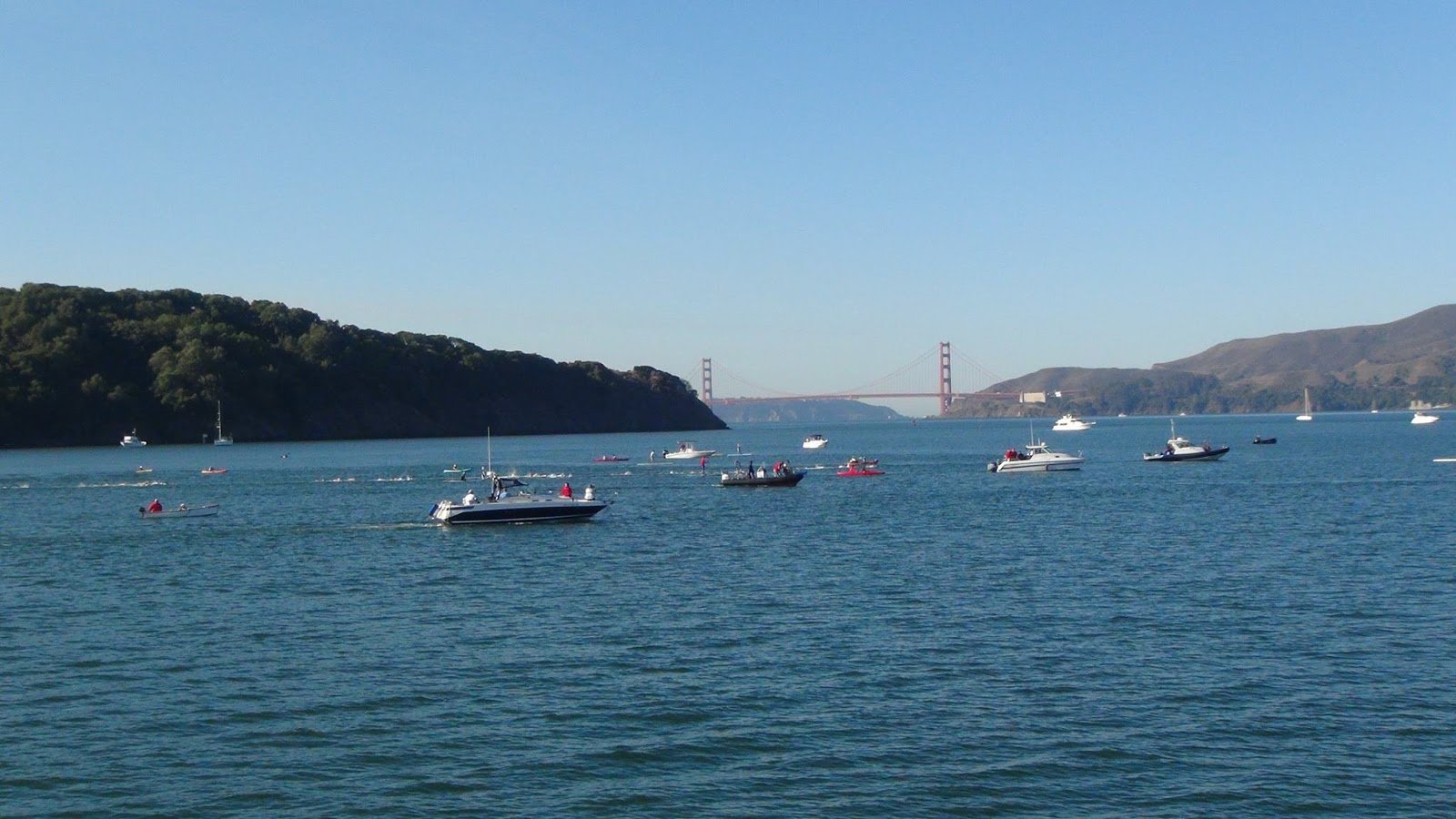 “Watch the elite swimmers who joined us from around the world like, Keri-Anne Payne and David Carry from Great Britain, Michael Sheil from Australia, Evgeny Bezruchenko from Russia, Christine Jennings and Becca Mann from the USA, and more,” writes race founder Bob Placak.

“The first place female was Ashley Twichell; this was her second time winning the race. You won’t want to miss the exciting finish of the female race. Jordan Wilimovsky, the 2015 world champion, took first place this year while Chip Peterson, another world champion, took second. Comcast SportsNet California will air the show throughout the month of November.”

The 1 nautical mile swim starts at Angel Island in San Francisco Bay and finishes on the shores of Tiburon. Every year, swimmers and spectators gather in Tiburon for this annual event which has raised over US$1,400,000 for charity like Hospice by the Bay and Pulmonary Hypertension Association.

Photo by Rob Davis shows the halfway point of the race in Raccoon Strait with the Golden Gate Bridge in the background.