Reasons For Racing At RCP Tiburon 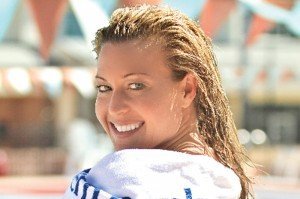 “I always wanted to develop a challenging open water swim where the best swimmers in the world – both from the pool and the open water – and amateur swimmers of all ages could come together in a beautiful location,” explains Bob Placak.

And he has definitely achieved it with his signature RCP Tiburon Mile in San Francisco Bay, California.

But he had some great help from the very beginning.

“At the time we were starting up the Tiburon Mile, no one was bigger than Brooke Bennett in distance swimming,” as Placak described the 3-time Olympic gold medalist in the distance freestyle events. “She gladly took the challenge and won the four races in its early years. She really helped to add luster and legitimacy to the race.”

Bennett, a fierce competitor at any distance, explains from her perspective. “The RCP Tiburon Mile is are one of the most competitive open water sprint races in the world. You won’t fine one better. Since it started in 1999, Bob has keep his promise to continue to bring the best swimmers from around the world to Tiburon. This race set the stage for open water to grow to what it is today. I had the privilege of being there for the first race and winning four out of the first five years, but then I took some time off. But I have since returned to the scene as a competitor.

Last year, I made a last-minute decision to throw myself back into the icy waters of the San Francisco Bay. This year, I am returning and earned a spot back on the elite board
.”

But the 33-year-old football commentator in Florida is realistic about her chances of regaining her victorious ways of yesteryear. “For the women’s race, Melissa Gorman who has won the race three times in 2009, 2001, and 2012 will not make it to Tiburon this year as she recovers from shoulder surgery so a new champion will be crowned. I would say the pre-race favorite is Christine Jennings who was the 2010 champion. On the men’s side, New Zealand’s Kane Radford looks good and will return to defend his title and go for the win.”

But the RCP Tiburon Mile is something more than an elite field of athletes racing for the US$10,000 winner-take-all prize or a field of more than 800 others – some in wetsuits and some protected by only their own bioprene – racing across tricky currents.

Bennett describes the event goal, “This is also a swim for charity. This year Hospice By the Bay will be presented a check during the awards ceremony. Hospice By The Bay provides a team of compassionate professionals dedicated to promoting wellness at the end of life, as well as preventing and treating distressing symptoms or conditions that might otherwise threaten the quality of life for patients and families – at their own homes or in long-term care facilities. This is really what is so cool about the RCP Tiburon Mile.”