Reece Southall Separating Himself From The Pack 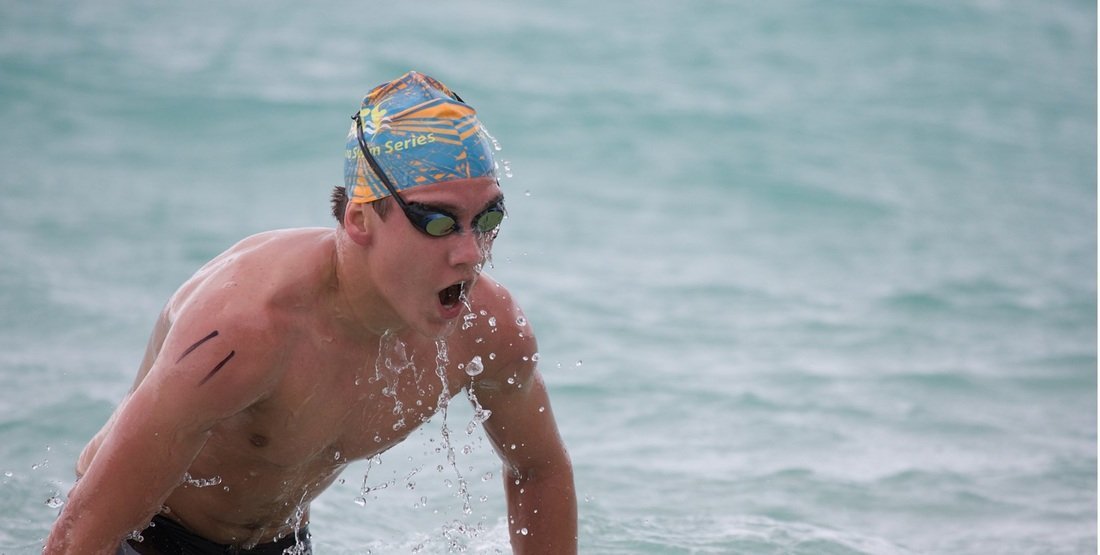 It was a long stretch for the multi-talented and versatile teenager from Down Under.

The 16-year-old Queensland native does everything from marathon swims to representing Queensland in the Australian Pool Rescue Championships on the Gold Coast. He will compete in the 200m super lifesaver event this January. His recent 2-day tour where he did 2 races in 2 countries after traveling 2,500 km via airplane at the 2.8 km cold water King of the Bays in Auckland, New Zealand and the 2.5 km warm water Cooly Classic on the Gold Coast, Australia speaks to his enthusiasm to compete anywhere in any discipline.

He recently won his third consecutive Samoa Swim Series where he competed in three 4 km ocean swims on consecutive days. Race director Seti Afoa describes Southall, “I first met Reece in January 2014 when I was promoting the Samoa Swim Series in Wellington New Zealand. Reece had already entered the 5 km and 10 km Pacific Open Water Challenge and the Samoa Swim Series. I remember thinking how would a a slightly built, lanky 14-year-old do in the competitive field that was gathering: ‘Would he finish the swims? Will he handle the tough Samoa ocean swims, five in total in five days, 27 km of competitive ocean swimming?’

Seven months later, my questions were answered and concerns set aside. Reece blitzed the Pacific Open Water Challenge swims to win them outright and by quite a margin. No one was even close. Then the official Samoa Swim Series: three great 4 km swims in three days with the much bigger field and more swimmers at three fantastic locations around Samoa. Reece did even better by winning all three swims. What a champion.

That year, Reece was voted the Samoa International Athlete of the Year, beating other exceptional athletes that competed in the Samoa Half Ironman, (cycle) Tour of Samoa, triathlon and other international events we manage. That was the start of a beautiful relationship with Reece and his family. He seems to be a well-balanced young man with a huge competitive heart, but also with values – raising money, purchasing and donating swimming equipment to people in Samoa who are less fortunate and spending time to coach the kids in swimming.

He returned to defend his Samoa Swim Series title last year in 2015 with dad Martyn who took up ocean swimming at 50.

Reece is the first in the history of Samoa Swim Series to defend his title. We look forward to him returning this year for a three-peat. He is already talking about challenging the standing record in the 22.3 km cross-island swim from Upolu-Savaii Swim in 2018. He would do it sooner, but he is focusing on completing his high school studies this year and setting himself up for a future career. Now, that is a young man who will conquer much more in the future and we look forward to having him back in Samoa soon

Other than his swims in Samoa, Reece is making plans to compete in the Maui Channel Swim in Hawaii and to support Pacific Island swimming development. His father explains, “Reece understands from racing in Fiji and Samoa that many people are less fortunate. Last year he raised money, bought swim equipment that he donated to kids in Samoa, and wants to do more.”

He also plans to complete the 75 km Ötillö SwimRun endurance event in Sweden that links 24 islands and is a combination open water swimming and trail running.

But his father Marty Southalln think his sweet spot are ocean swims of at least 2 km. 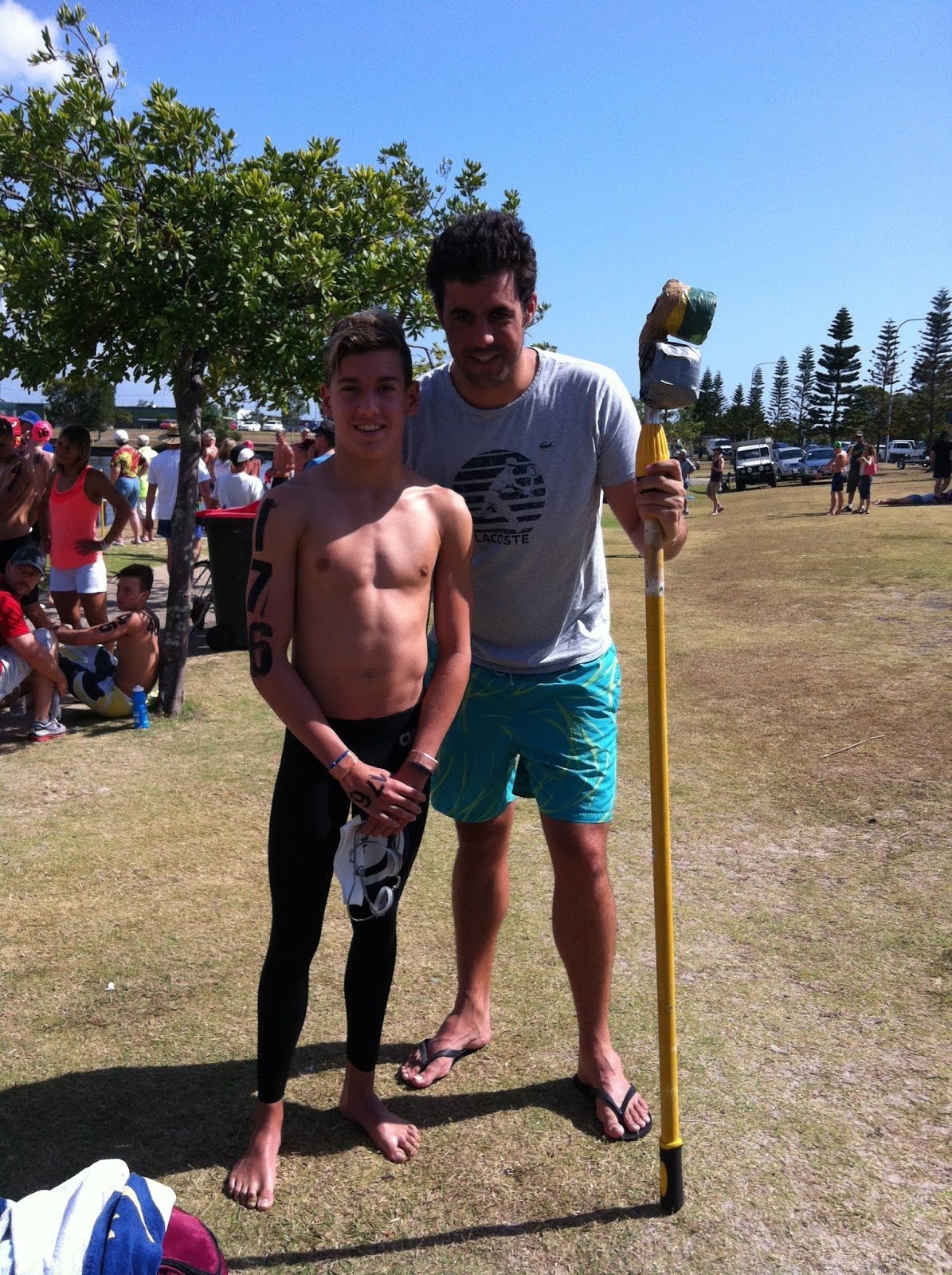 “He trains with Beyond the Black Line Swim Squad which is Brendan Capell’s squad at Valley Pool in Brisbane, and the Maroochydore Surf lifesaving Club for the past 10 years.

He competes at the national level and medalled in swimming, coached by Ashley Massie. He serves as a volunteer patrolling officer on the beach and does Royal Lifesaving, coached by Sue Baxter-Winch and James Callaghan. In pool rescue, he was the State representative during last 2 years
.”

Capell, a former world champion, has been coaching Southall for 6 years. “They first met when Reece won a newspaper competition for a days Ocean Swim training with Ky Hurst and Brendan Capell,” explains his father. “Brendan and Reece immediately got on together. Brendan has been very influential and assisted in guiding Reece to many success.”

During his 17.5 km race that was held in a 1.25 km loop course with a feeding station, he was challenged like never before. “Like any endurance race it’s a mind game. The body will suffer but it won’t stop unless you tell it too,” described Southall. “Preparation was key, keeping hydrated the day before made it less of a strain on the body for race day. At 7.5 km when most people are starting to fatigue, I felt very good, so I seized opportunity to distance myself from the chasing pack.”