Reef And Run Kicks Off In Santa Barbara 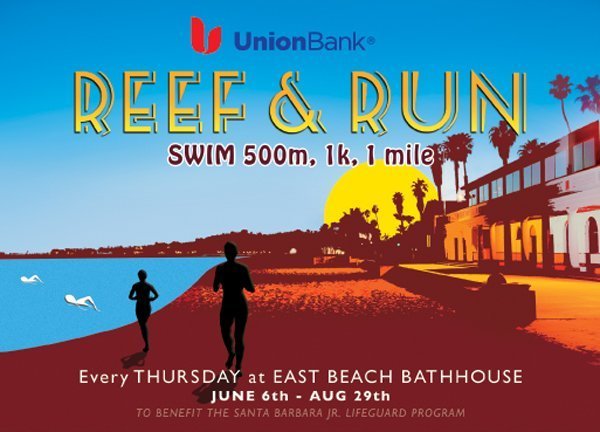 This Thursday, June 6th, the Reef and Run kicks off the 2013 ocean swim season in Santa Barbara, California.

As the years go by and the famous come and go, one mainstay has always organized the ocean swims in Santa Barbara: Jane Cairns.

Besides participating and volunteering in numerous channel relays, including record-setting ones, Cairns is a member of the board of directors of the Santa Barbara Channel Swimming Association, the event director of the Semana Nautica Summer Sports Festival, and a lifetime member of the Catalina Channel Swimming Federation. When it comes to organized ocean swimming in Santa Barbara, Cairns is never far away.

Cairns also organizes the 5th annual Reef and Run series in support of the Santa Barbara Jr. Lifeguard Program. The season runs every Thursday evening through August 29th, with the season opener on June 6th offered free to all participants. 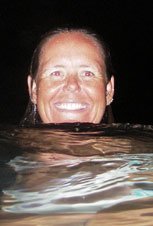 “We’re thrilled to be back at the Cabrillo Bathhouse and East Beach for our fifth season,” said Cairns. “With top level support from sponsors and volunteers, the fifth year of Reef and Run is going to be our biggest year yet, which in turn helps to support the next generation of ocean swimmers, the Santa Barbara Jr. Lifeguards. Reef and Run offers three different swim races: The Santa Barbara Swim Club 500 meter swim, the Santa Barbara Triathlon 1 km swim, and the Elite Performance 1 mile swim. On select weeks, the JFM Web Design Biathlon takes swimmers out around the 1k course and then onto a soft sand run towards the harbor and back.”

As the sun starts to settle off in the horizon after the races are over, Cairns and the Reef and Run sponsors a full menu of post-race meals and top local bands.

Reef and Run is committed to supporting the next generation of ocean-loving swimmers through our support of the Santa Barbara Jr. Lifeguard program. For more information, visit here.