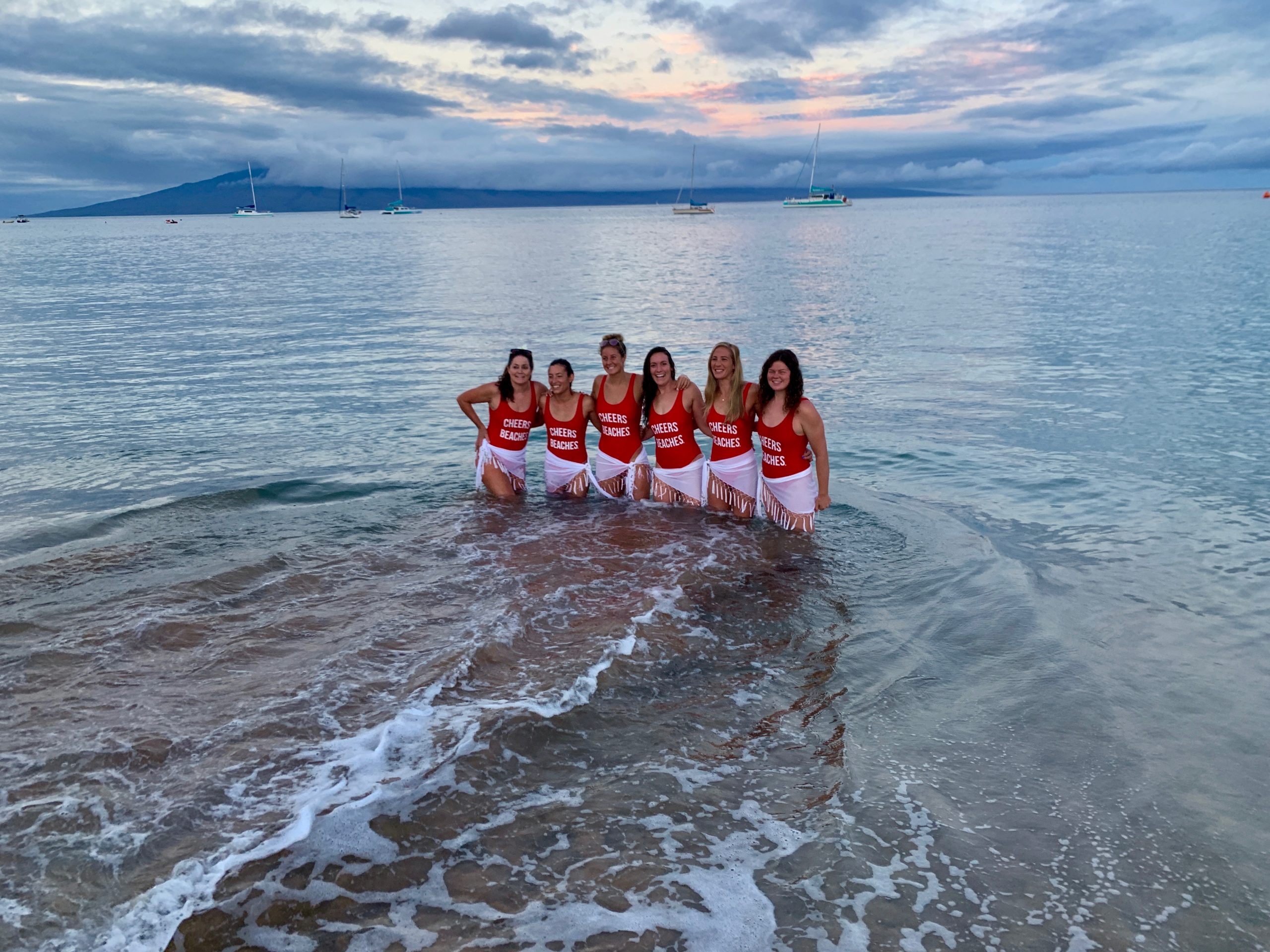 Yesterday among 12 tiger sharks and cross currents, Eney Jones captained an all-star, all-female team of Michelle Mehnert, Olympian Stephanie Horner, Devon Clifford, Olympian Ashley Twichell and Becca Mann at the 48th Maui Channel Swim, a 15.1 km from the island of Lanai to the island of Maui.

The Maui Channel Swim is also known as the Bob Roper Memorial Swim.

Bob Roper co-founded the channel swim together with Ian Emberson when the first few races pitted six swimmers from Hawaii and six swimmers from the San Francisco Bay Area at the end of the summer. The match race transformed itself to a popular masters swimming relay race.

Roper passed away last September and is daily remembered as an iconic figure in the bay swimming community of northern California. A long-time member of the South End Rowing Club which he joined in 1967, Roper holds one of the longest records in the global open water swimming world, if not the longest.

In 1969, Roper swam from one shore of the Golden Gate Bridge to the other in 17 minutes 21 seconds, a record that still stands.

The Godfather of Bay Swimming leaves a legacy – as a swimmer, event director, promoter, icon – that will resonate for decades to come.