Remembering Gary Kinkead In The Open Water And Pool

Remembering Gary Kinkead In The Open Water And Pool

Long before Gary Kinkead developed the University of Indianapolis as one of the leading NCAA Division II men’s and women’s swim teams, he was a versatile pool and open water swimmer who competed for the University of Michigan in the late 1960s and early 1970s.

Over the course of his open water swimming career, Kinkead (with the “W” on his sweatshirt above) won the highly competitive Glen S. Hummer Huntington Mile a total of 7 times. He later swam at the University of Michigan between 1966 and 1970, serving as its team captain in 1970. He was the Big Ten champion in the 500y freestyle in 1967, establishing a new NCAA freshman record, and the 400 IM in 1968 and 1970. 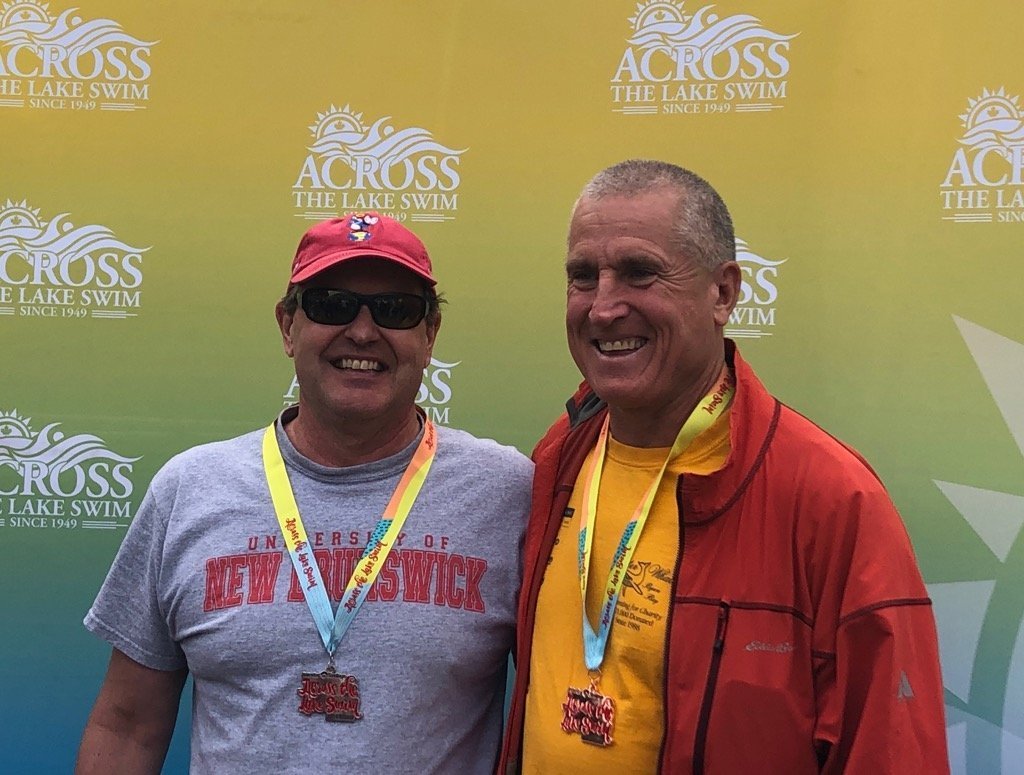 His friend Rob Davis recalls, “Gary swam fast in his career and he eventually went on to become the varsity coach at University of Indianapolis. Gary mentored and influenced so many during his coaching career that spanned several decades. We recently met up in July 2019 at the Across the Lake Swim in Kelowna, British Columbia, Canada.”

Dan Stephenson who has known Kinkead since he was 14 years old, recalls fond memories of swimming in the 1960s, “I swam the Huntington Mile. One of my good swimming friends from that era, Matt Vogel, swam for Huntington Y and later won an Olympic gold medal in the 100 butterfly in 1976. I swam all over the Midwest growing up, and the University of Michigan swimmers were our heroes – and that includes Gary. I started going to Michigan home swim meets when I was 10 in 1967.

I entered high school at age 14 in the fall of 1971 and Gary was then coaching the cross-town team, Ann Arbor Huron. Gary was a great coach even then, fresh out of college, coaching high school in Ann Arbor.”

A record of his career is posted here.