The first 5 people to successfully attempt and complete an Ice Mile took off on a South American adventure in February 2011. 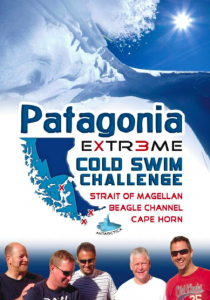 The group swim was nominated for the 2011 World Open Water Swimming Performance of the Year and was inspired by Lynne Cox and her book, Swimming to Antarctica.

Their swims included the following:

2nd swim: 2.92 two-way crossing of the Beagle_Channel in February 19th 2011 in 4-knot cross currents and 9-knot winds in 8°C water (although the Chilean Navy measured the water at 6°C) in 57 minutes

Although the quintet had completed Ice Miles, the event was logistical challenge as they had to travel to the tip of South America. They explored the outer reaches of their physiological limits and proved to themselves, all done in wind-whipped seas, how to achieve with little time to recover.