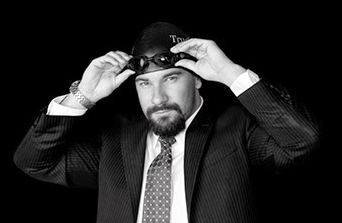 A Renaissance man is often applied to the gifted people of the Renaissance era (from the 14th to 17th century) who sought to develop their full intellectual, artistic, social and physical capabilities.

So if that term was used to define individuals in the contemporary open water swimming world, what would the term encompass?

If a modern-day man (or woman) can do all things in the open water while embodying the tenant that humans are limitless in their capacities, what would they accomplish?

Here are some considerations for a contemporary Renaissance Man in the open water swimming world:

1. Participate in organized open water swimming competitions.
2. Sponsor or organize an open water swimming event.
3. Serve as a volunteer in a charity swim.
4. Complete a channel swim, marathon swim and an ice swim.
5. Serve as a kayaker, paddler, pilot or escort crew member in a channel or marathon swim.
6. Coach or serve as a mentor to other open water swimmers.
7. Write or create visual content information or databases to educate, inform or promote open water swimmers.
8. Plan or attempt or coach an unprecedented swim somewhere around the world.
9. Participate in a relay, an extreme event, or some other aquatic or multi-sport race that includes a swim leg.
10. Inspire through speeches or actions or leadership.

Who may those individuals be in today’s world?

Here are but a few:

A list of Renaissance Women in the Open Water World is posted here.