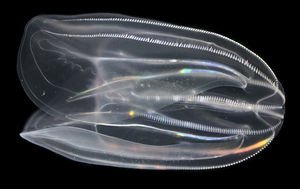 The EcoJel Project is a 4-year project to assess the opportunities and detrimental impacts of jellyfish in the Irish Sea.

In an increasing sign of the times around the world, 40 Portuguese man o war jellyfish washed up along the south coast of Ireland in September. This was in addition to sightings in Ardmore Bay and Schull in West Cork. This is the type of information gathered by the EcoJel Project funded by the European Union.

Open water swimmers can be on the front lines of these scouting reports in Ireland. But imagine this project conducted worldwide; that would lead to one massive database given the increasing global proliferation of jellyfish.