Respecting Attempts Of The Unprecedented 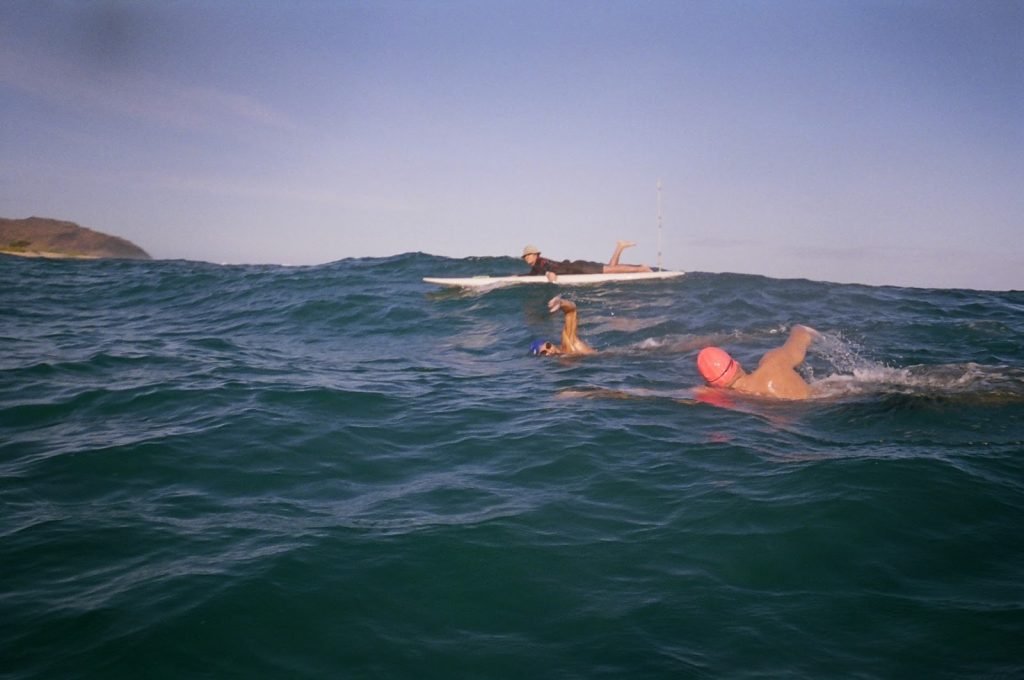 Many people purposefully do not publicize or announce their swims for various reasons.

Most people simply like keeping their personal goals to themselves and feel no need to publicly announce their athletic dreams, even if they have a website, blog or online social media presence.

Other people do not publicly announce their swims in advance of a media blast that is coordinated with their sponsors.

And other people do not publicly announce their swims before of a fear that another person will preempt them and will attempt and complete their unprecedented swim before they do.

Of all the myriad actions in the open water swimming world, we find this desire by some swimmers to hear of an unprecedented swim and then to attempt the swim before the first person to announce it to be somewhere between dastardly or unbecoming of the sport.

With the world covered by 70% water and hundreds of thousands of unconquered islands, channels, lakes, rivers and seas around the globe, there are innumerable other opportunities to attempt and complete an unprecedented swim. Once a swim is publicly announced by a single individual, we believe there is a Code of Honour that dictates the swim should not be preempted by another swimmer. This is especially true when the pirate swimmer does not announce their attempt and swims the exact same course only a few days before, especially in this day and age of social media and online interconnectivity.

Not only because of the costs, logistics, training, governmental and local permits required, but also due to the emotional energy and athletic dreams of the first individual to envision and plan an unprecedented swim, we believe their dreams should be respected. Go elsewhere. Try something else. Have the decency to plan your own swim. These are the opinions we would give to pirate swimmers who wish to preempt another swimmer in order to be first.

But are there any circumstances where someone could someone honorably preempt a publicly announced attempt of an unprecedented swim? We might imagine a handful of possible cases:

1. If the first swimmer does not attempt the swim within a calendar year.
2. If the first athlete becomes injured or otherwise gives up the attempt.
3. If the first athlete postpones their swim indefinitely due to conditions, physical preparation, or financing.
4. If the pirate swimmer uses a different course in the same waterway (e.g., swims in the opposite direction or uses substantially different start and finish points).

But the Code of Honour also dictates that the pirate swimmer would have the decency to do the following if they did choose to preempt an unprecedented swim by another individual:

1. Publicly announce their own attempt.
2. Privately contact the swimmer who first publicly announced the swim and inform them of their plans.
3. Acknowledge that the incentive to attempt the swim was the public announcement of another swimmer.

We say: Respect the individual who has the guts and courage to make their plans publicly known. Give them the honor and opportunity to set their own mark in the world of open water swimming while the pirate swimmer can make their own mark elsewhere or at a different time.