Responsible Reporting: How ESPN Does It 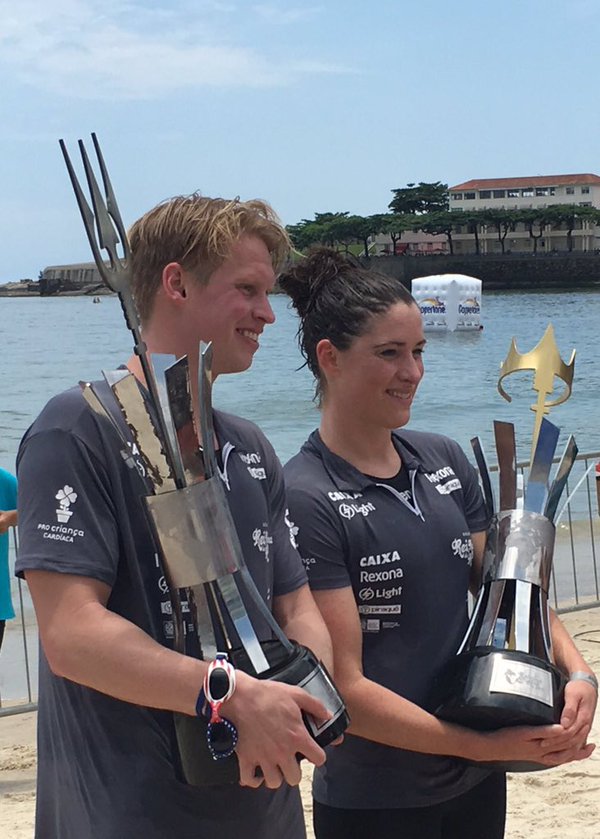 Many mainstream reporters write about the Olympic 10K Marathon Swim where subject experts claim that “99% of athletes will be ill” as a result of the poor water conditions in Copacabana Beach during the 2016 Rio Olympic Games.

These reporters and commentators predict all kinds of problems with the marathon swim during the 2016 Rio Olympics, but these reporters do not reveal that they do visit the venue or talk directly with local subject experts or swimmers who actually swim in Copacabana Beach.

Most confusing to us, they equate the conditions that Olympic sailors will face while competing in Guanabara Bay with the conditions that triathletes and open water swimmers will face while training and competing in Copacabana Beach. Guanabara Bay and Copacabana Beach are two different locations with two completely different marine environments – but that fact is never quite clear in their articles, reports and statements about Rio de Janeiro.

But Bonnie Ford of ESPN is different. A veteran reporter for ESPN (@BonnieFord) is responsible. She is accurate. She is professional. She digs deeply into the subjects that she reports on and finds out who she can ask and work with for her investigative reporting.

She asked these race directors, administrators, and athletes numerous questions about the conditions of the beach, and how the water quality in Copacabana Beach can be impacted by (1) urban runoff caused by steady, heavy rains, (2) wind direction and strength that can push the dirty water of Guanabara Bay towards Copacabana Beach, (3) tidal flows, eddies and currents that occur regularly along the Atlantic shorelines, (4) contingency plans if things go wrong, (5) FINA’s decisions in deciding the date and location of the event, (6) personal impressions that swimmers have in swimming in Copacabana Beach, as well as other inquiries about how bacteria in the ocean can cause illness in open water swimmers.

Within a short amount time with focused research and conversations with subject experts and local and foreign athletes who have regularly swum in Copacabana Beach, physicians and scientists like endocrinologists, ESPN’s Ford has become more knowledgeable and more of an expert on what it is like to swim in Copacabana Beach than any other official, coach or administrator at national swimming federations, FINA and other media representatives who have choosen not to delve so deeply.

It is Ford’s interest in the safety of open water swimmers and her passion for the truth that motivates her to conduct responsible reporting.

We look forward to her continuing coverage of Olympic sports and open water swimming.

Note: it has been the observation of athletes, coaches, administrators and officials who live and work in Copacabana Beach, collaborated by personal observations of veteran foreign swimmers that Copacabana Beach is an iconic and safe location for the Olympic 10K Marathon Swim. Copacabana Beach in August can present truly rough water conditions that will challenge the world’s best open water swimmers in ways that the Shunyi Olympic Rowing course at the 2008 Beijing Olympics and the Serpentine at the 2012 London Olympics did not. There will be waves, cross-currents, eddies, and potentially strong winds and surface chop that can make the Olympic 10K Marathon Swim a true test of the world’s fastest watermen and waterwomen.

In the case there are steady and heavy rains in the 2-3 days leading up to the Olympic 10 km race that cause urban runoff in combination of steady and strong offshore winds that blow directly from Guanabara Bay towards Copacabana Beach, then it is possible – and maybe probable – that the water quality of the Olympic 10K Marathon Swim will deteriorate to a level that will require the IOC and FINA to go to a Plan B.

Ford now understands what the perfect storm of events would require – unlike other reporters or media outlets. Her reporting helps others understand accurately and precisely what could possibly occur, and what plans are in place and what can practically happens in one of the world’s most iconic beaches where tens of thousands of people swim daily throughout the year – locals and foreigners alike – without getting ill or even experiencing the slightest of skin rashes.

Photo by Bonnie Ford shows Americans Chip Peterson and Christine Jennings after winning the 2015 King and Queen of the Sea (Rei e Rainha do Mar) in Copacabana Beach.