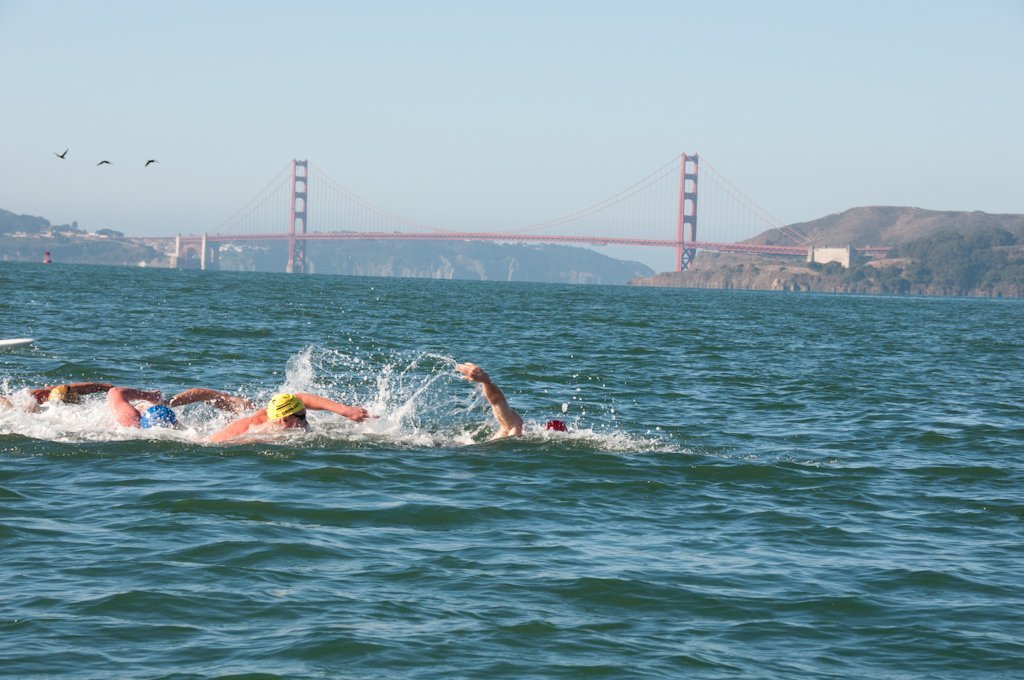 Photo courtesy of Ed DeCrooy as the swimmers in the RCP Tiburon Mile cross the Raccoon Strait between Angel Island and Tiburon in San Francisco Bay. 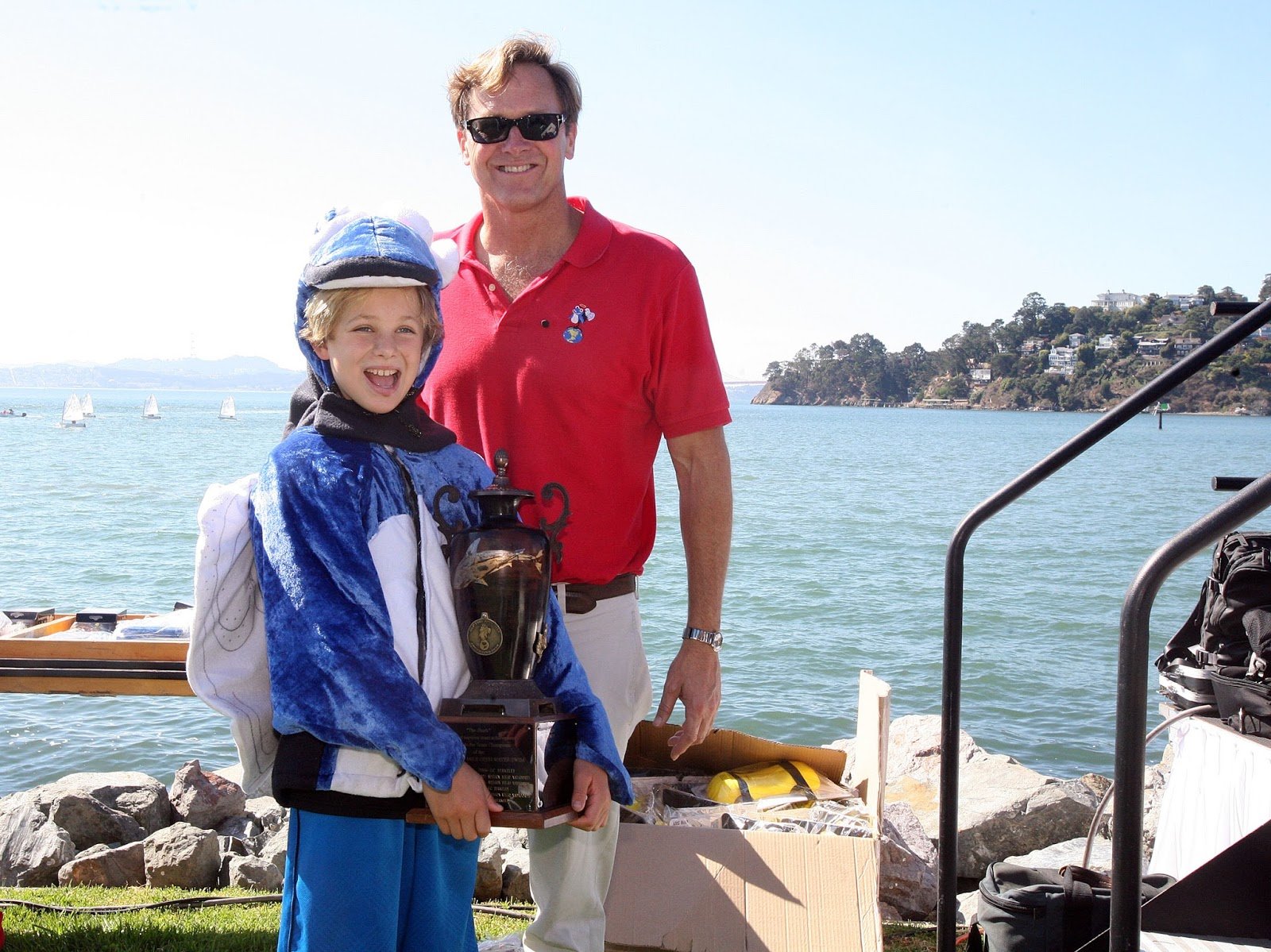 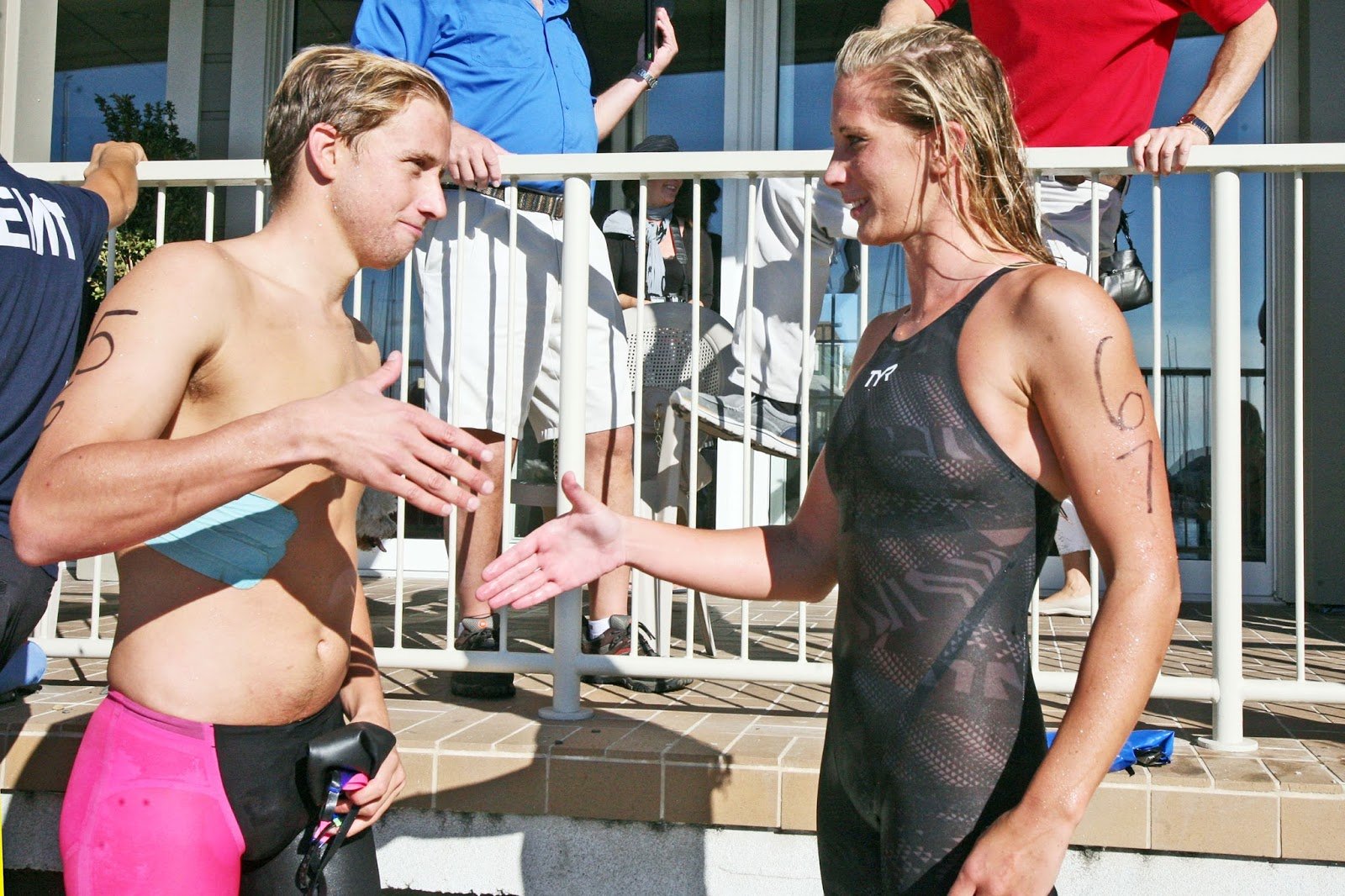 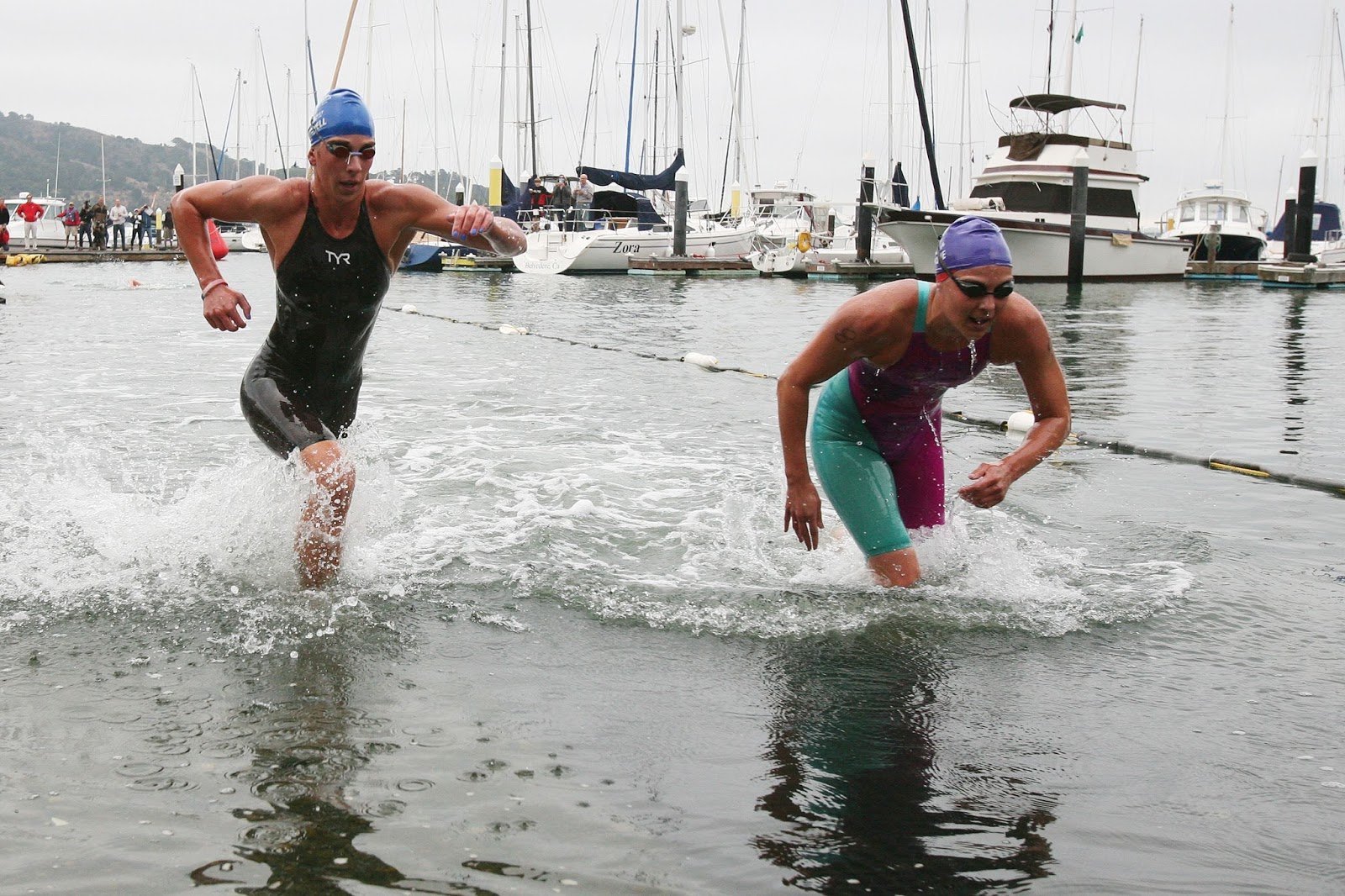 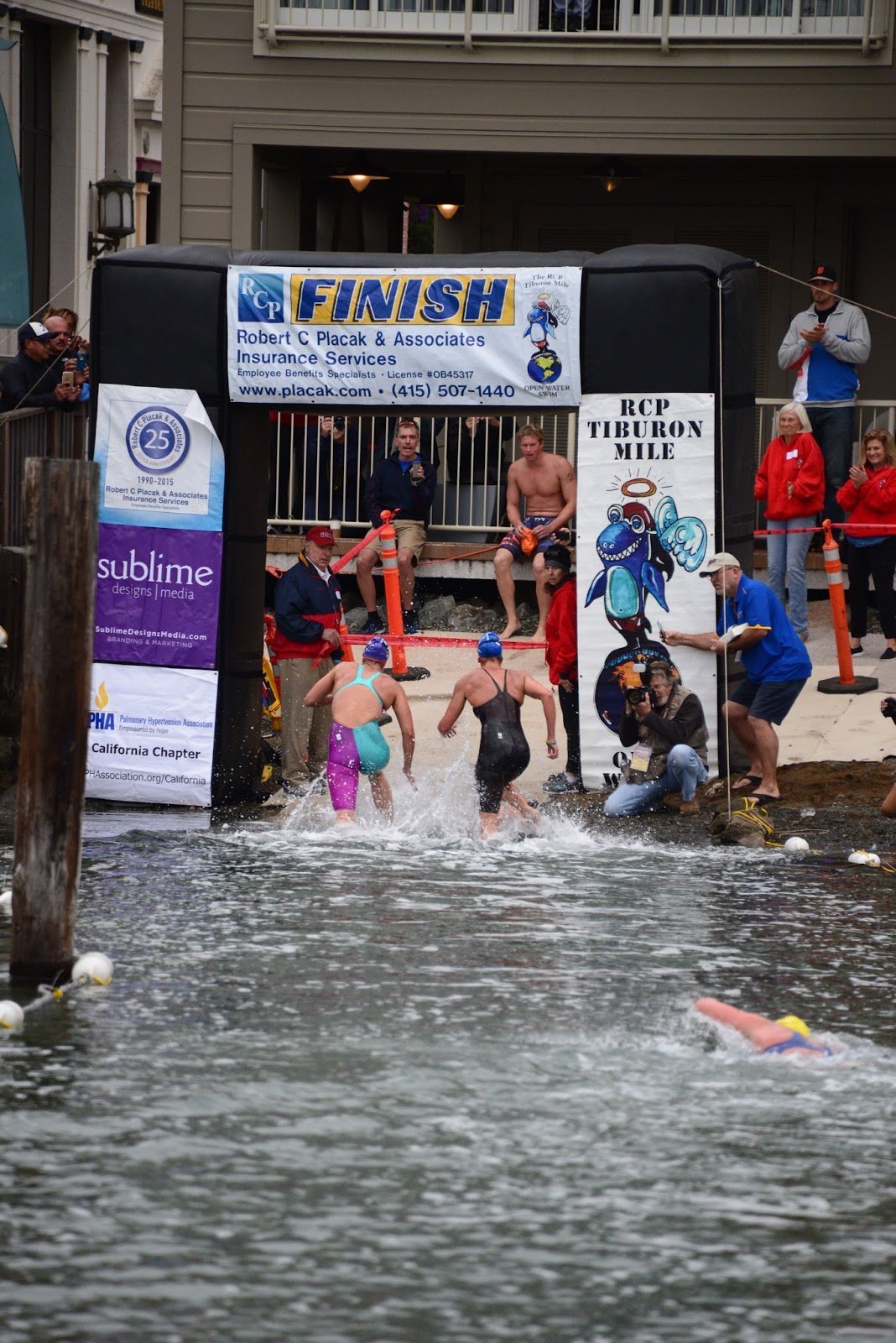 After 16 consecutive years, race founder Bob Placak took a year off organizing the annual RCP Tiburon Mile. But the race is back – and has opened its registration for the 17th Annual RCP Tiburon Mile Open Water Swim slated for August 19th 2018 in the San Francisco Bay.

“Olympians and world champions including Brooke Bennett, Keri-Anne Payne, Ous Mellouli, Evgeny Bezruchenko, David Carry, Chip Peterson, and Jordan Wilimovsky, as well as avid open water swimmers of all ages, from 6-80 years old, converge in the San Francisco Bay to battle it out in what is one of the world’s most competitive open water swims.”

Starting at Angel Island and swimming their way through the Raccoon Strait, swimmers will finish the one nautical mile race on the shores of Tiburon at Sam’s Anchor Café.

The event has raised over US$1.5 million for charity since 1999 with the Pulmonary Hypertension Association being the selected charity for 2018 race.

“The Tiburon Mile has been the site of various initiatives over the years,” described Steven Munatones. “The participation of Special Olympics athletes in the RCP Tiburon Mile was the catalyst to start the 1.5 km open water swim at the Special Olympics World Summer Games. This was also where Ous Mellouli began delving into open water swimming that ultimately led to his gold medal performance in the Olympic 10K Marathon Swim at the 2012 London Olympic Games. Bob Placak nurtured these relationships – and many more – that have positively impacted the sport in some unique way.”

After hundreds of swimmers in three divisions (elite + age group + wetsuit) swim into the shores of Tiburon against the beautiful backdrop of San Francisco, they will be entertained by The Cole Tate Band and will enjoy a scrumptious post-swim picnic with food fromy many of the top restaurants in Marin County including Sol Food Restaurant, Milano Ristorante, and Il Davide Cucina Italiana.

For more information or to register with the discount, visit www.rcptiburonmile.com or contact the Tiburon Mile Hotline at +1-415-306-0716.

* In the 2016 race, both Ashley Twichell and Keri-Anne Payne were given the same time of 26:06, but the officials judged that Twichell finished slightly ahead of the British Olympic medalist. Photos of the race finish are courtesy of Ed DeCrooy and Elliot Karlan.