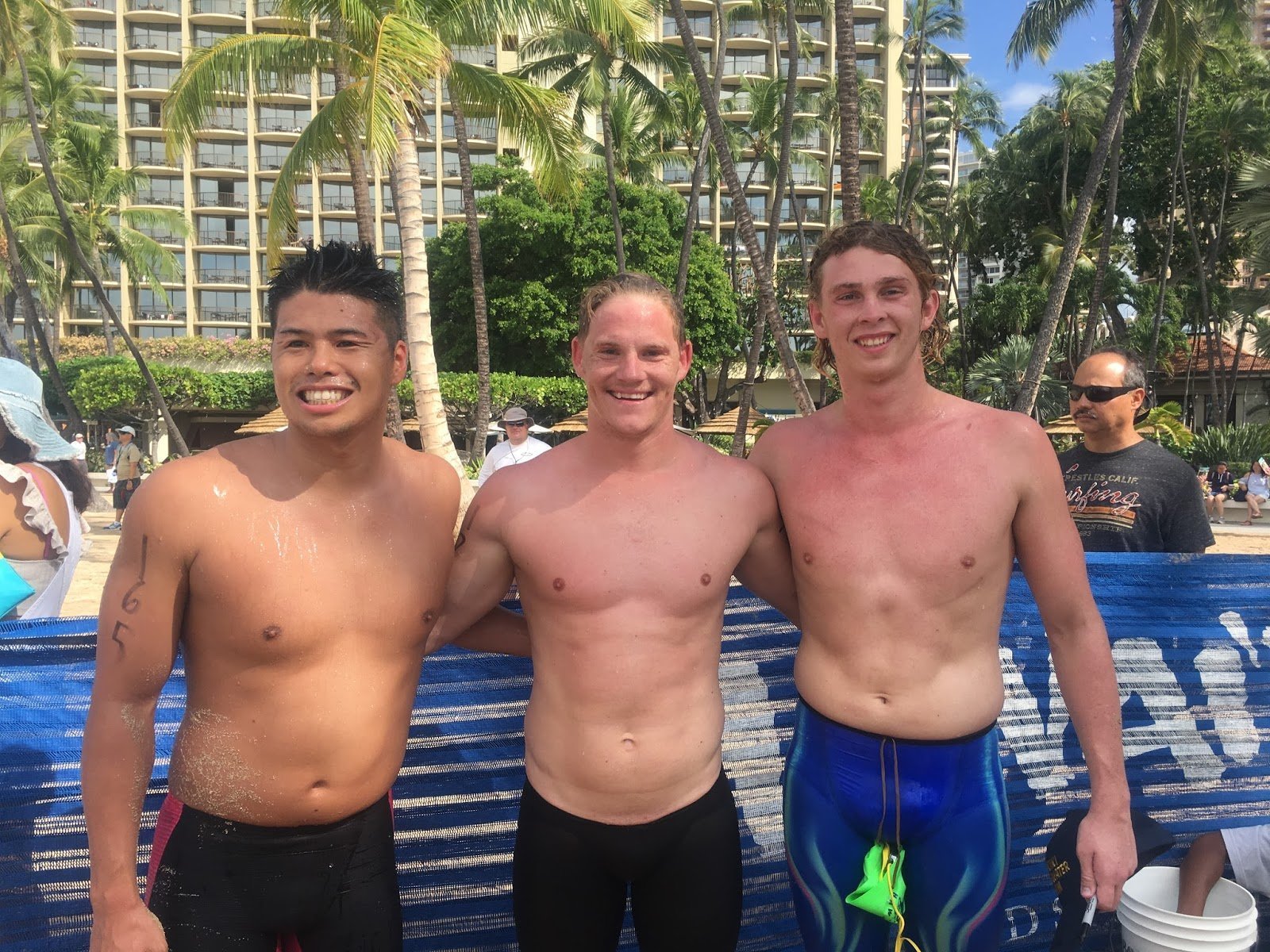 The top swimmers shot out fast in the warm waters of Waikiki Beach on the 48th annual Waikiki Roughwater Swim.

Mainstone ran out of the ocean and across the line with his former training partner Hirai behind. When he was asked about the race, Mainstone asked “Who won it?” He didn’t even know he was the victor.

Alex Kostich finished his 25th annual Waikiki Roughwater Swim, finishing once again in the Top 10 in the high-wave conditions that had existed all week. “The race was rough. This one was tough. I don’t know how what it was. The currents were churning. It was like a washing machine out there. I took the lead in the front, but then I dropped back to fifth or sixth. But I am very happy the way I swam. I can retire now.

Hirai was happy for his teammate, but hungry to return to Waikiki next year, “I thought I won, but my ex teammate won. It is OK. This is open water so I will try next year. I was leading with Ollie and I probably pushed myself, thinking ‘I can win’, but I really want this title before the 2020 Tokyo Olympics.”

Egyptian Olympian Mazen Aziz was his first time in Waikiki. “It was definitely a tough race. [Swimming through] the channel was hard. I should have been more strategic. I will come back again next year.”

Local hopeful Aukai Lileikis finished in the top 8 overall. “The race was pretty fun. I was with the other [top] Aussies out there. I caught a wave in towards the finish and it was very good fun bodysurfing into the finish. There was a nice current out there; it was awesome.”

The Honolulu Star Advertiser reported that a swimmer was transported to a local hospital in critical condition after he was found unresponsive in waters near the start. Lifeguards brought the swimmer in his 60’s to shore and performed CPR and advanced life-saving procedures.