Ricardo Ratto Talks About His Career On WOWSA Live 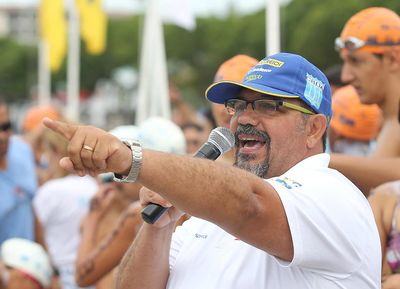 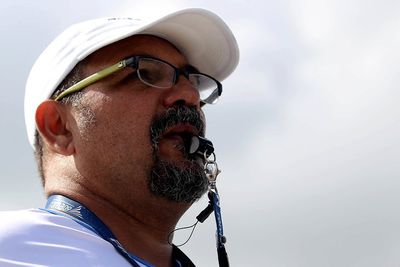 “Ricardo Ratto lives and breathes open water,” says Steven Munatones. “He studies currents and tides. He knows how to set courses and anchor turn buoys in horrific conditions. He knows the implications of split times and stroke rates. He predicted the conditions at the 2016 Rio Olympics – years in advance. He knows well how to identify and officiate impeding of one swimmer by another – and has been involved with some of the guttiest calls in open water swimming officiating history. He can certainly talk very intelligently all day and night about the sport – and he does it humbly so everyone can pick up another nugget of information or history.

Without question, Ricardo’s passion, experience and knowledge were among the reasons why he was selected to officiate at the Olympic 10K Marathon Swim in London at the 2012 Olympic Games. Whether he is in an escort boat, safety craft, on the shore, on dryland, in classrooms, or in technical meetings, Ricardo is a well-known, very well respected, extraordinarily knowledge presence among his peers and in the global swimming community.”

His achievements and know-how are the basis for his selection as an Honor Contributor (Administrator) in the International Marathon Swimming Hall of Fame in its Class of 2017.

In addition to his calming and cheerful presence at international competitions, Ratto has also served closer to his Brazilian homeland as the Official Director and Referee of the open water races at the Rio 2007 Pan American Games, as a referee in the South American Open Water Swimming Championships in João Pessoa (1998), Belém do Pará (2003), and São Paulo (2008).

For the Brazilian team that has been consistently ranked high among its global competition, Ratto has served as a coach and manager since 1996 at FINA Open Water Swimming Grand Prix races in the Maratón Internacional Hernandarias – Paraná (2011), Maratona del Golfo Capri-Napoli (2011 and 2012), International Jarak-Šabac Marathon Swim (2011), and Ohrid Lake Swimming Marathon (2011).

In addition to his own participation in the 15 km Travessia Mar Grande Salvador and numerous oceans swim in Brazil, Ratto is a surfer and a lecturer with 3 masters degrees in the Biodynamics of Human Movement (his dissertation was a Comparative Analysis Between Front Crawl Stroke and Surf Paddling Stroke), a Science of Human Motricity, and Masters of Business Administration in Sports Management and Public Management.

Ratto joins only two other Brazilians in the International Marathon Swimming Hall of Fame: Abilio Couto (Class of 2001) and Igor De Souza (Class of 2004).

Most recently, he has teamed up with Poliana Okimoto to organize a new race circuit in São Paulo and Rio de Janeiro where they expect up to 4,000 swimmers competing in four events: 500m, 1.5 km, 3 km 5 km. He has plenty of experience to fall back on.

He has organized the Travessia dos Fortes that was broadcasted for almost 40 minutes live with comentators like Luiz Lima and Christiane Fanzeress. He recalls, “It was a huge event and created to promote Copacabana Beach as the main venue in Brazil for the big upcoming events by the time which were the 2007 Pan American Games and the 2016 Rio Olympics years later. There was a TV audience of 100 million people on Esporte Espetacular on that Sunday morning broadcast all over Brazil and several other countries.

During today’s WOWSA Live interview, Ratto talks about two disqualifications that he called: One was the disqualification of Olympic champion and world record holder Grant Hackett at the 2008 World Open Water Swimming Championships in Seville, Spain and another was a close call at the 2007 Pan American Games where he judged American Chloe Sutton had beaten a hometown Brazilian, Poliana Okimoto.

Munatones recalls vividly the call made by Ratto in 2008. “When the IOC agreed to add the Olympic 10K Marathon Swim in 2005, one of the most celebrated and accomplished swimmers in the world at that time was famed Australian distance freestyler Grant Hackett.

Hackett started his Olympic open water journey at the 2008 Australian World Championship Trials where he qualified to represent his country together with teammate Ky Hurst.

In Seville, Spain at the 2008 FINA World Open Water Swimming Championships which served as the first Olympic qualification race, Hacket and Hurst swam their own race and were in the lead pack throughout the qualification race.

The mad sprint to the finish line at the end of the race by the top 15 swimmers was too jammed for the naked eye to determined who had qualified in the Top 10 – but Ratto had closely followed the swim of Hackett and others in the officials boat.

When the disqualification of Hackett, the Olympic double gold medalist in the 1500m freestyle, was announced, there were loud grasps from the crowd.
No one could believe it. The shock and disappointment were visible everywhere. The new and emerging sport of open water swimming had disqualified one of the most popular and respected icons in swimming. But Hackett was disqualified because he committed two separate infractions of the FINA open water swimming rules.

One hour and 24 minutes into the race when there were still 45 men swimming over one another in the lead pack, Ratto gave Hackett a yellow card for impeding the progress of another swimmer during the third loop. Officially, he committed an infraction of FINA Rule 6.3.1 for interfering with another swimmer. After the infraction, a card bearing Hackett’s number of 35 was written by the Head Referee on a white paper and shown to the swimmers as an indication of a rule violation.

The second infraction was committed with less than 250 meters from the finish in the mad dash to the finish. Around the last turn buoy, there was a straightaway to the finish and it was anyone’s game to win and qualify for the Olympics – the dream of every swimmer in that lead pack of 15-20 men.

When the pace picked up with less than 1000 meters to go, Hackett was caught in the middle of the surging pack. With every stroke, unintentional collisions were made due to the close proximity of the swimmers to each other. As Hackett tried to create more space between himself and the swimmer alongside him, he apparently slowed down and tried deliberately to go over the back of Chip Peterson’s legs. The degree of separation between Hackett and Peterson was not enough. Unfortunately for both swimmers, Hackett swam over Peterson in a manner that three referees believed impeded the progress of Peterson.

With the second violation, a red flag was raised and Hackett’s goal for competing in the Olympic 10K Marathon Swim was over – although Hackett – and the crowd – did not realize that during the race.“

It is unfortunate that any swimmer is disqualified, but in my opinion, Ricardo gave the correct decision,” explained Sid Cassidy, the then chairman of the FINA Technical Open Water Swimming Committee. “The call was confirmed by both Assistant Referees who were also in very close proximity to the infraction. All the referees are experienced international referees.”

The disqualification was protested by the Australian team, but the protest was ultimately rejected and the official results were issued.

Being the gentlemen that he is, Hackett later told the Sydney Morning Herald that “I just did not have it in the legs in the end and the decision not to compromise my pool program was a risk you take and in the end I was only two body lengths off the top ten. That is how close it is. But I am going to hold my head up and move on and get back and prepare for the pool program.”