Richard Royal Readies For The River 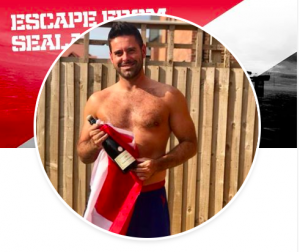 Richard Royal Readies For The River

The last time the open water swimming community was following Richard Royal, it was when he swam from Sealand to the British coast [see video below].

His next adventure will be an attempt of a two-way solo swim of the River Humber.

He explains the unprecedented 3.7 km course in the North Sea inlet on the East coast of England on July 27th, “I’ll be doing it at the point of the Humber Bridge, starting on the north bank (Hessle) and swimming to the south bank (Barton) and back again. I’ll exit the water and stand on dry land at all three points.”

He will be supported by Humber Rescue in the charity swim.  To donate and learn more information, visit here.

Royal explains his motivation, “I will be supported by Humber Rescue, a fantastic independent charity of volunteers which has kept us safe by providing fast-response search and rescue operations in the Humber region for nearly 30 years. It is entirely dependent upon donations to continue supporting this vital service.

Last year I swam across the Humber under the bridge as part of a group raising money for Humber Rescue and I look forward to furthering this support this year.”


The Hull Daily Mail describes the River Humber as being as daunting a stretch of water as you could imagine. On a normal day it is vastly wide, murky and swirling with currents. According to Humber Rescue, it is the second most dangerous navigable estuary in the world after the Orinoco, in South America. With currents anything up to seven knots and sandbanks that can change almost daily, it is no place for the unwary.