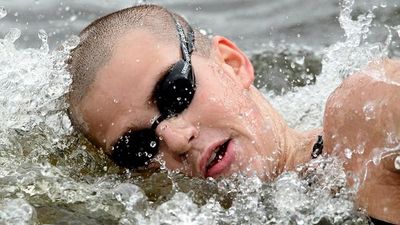 12 men and 12 women from 16 countries will compete in the 35th Traversée Internationale du lac Memphrémagog in Québec, Canada.

The field is highlighted by the participation of two 2012 Olympic 10K marathon swimming medalists: Richard Weinberger of Canada and Martina Grimaldi of Italy.

Given her tremendous swimming accomplishments thus far in 2013, it will be most interesting how closely Grimaldi comes to the winning men. On the FINA Open Water Swimming Grand Prix, the men and women start together and largely swim together for the first half of the race. The top men then usually break from the women, but it is highly likely that Grimaldi, Pilar Geijo, and Esther Nuñez Morera will hang with the men for quite a long way.

But the Traversée internationale du lac Memphrémagog will not only showcase the 34 km marathon race, but also 4 days of amateur open water races, fireworks, magic, and acrobatic shows, CrossFit Challenges, and festivities near the beautiful lac Memphrémagog. For more information, visit here.