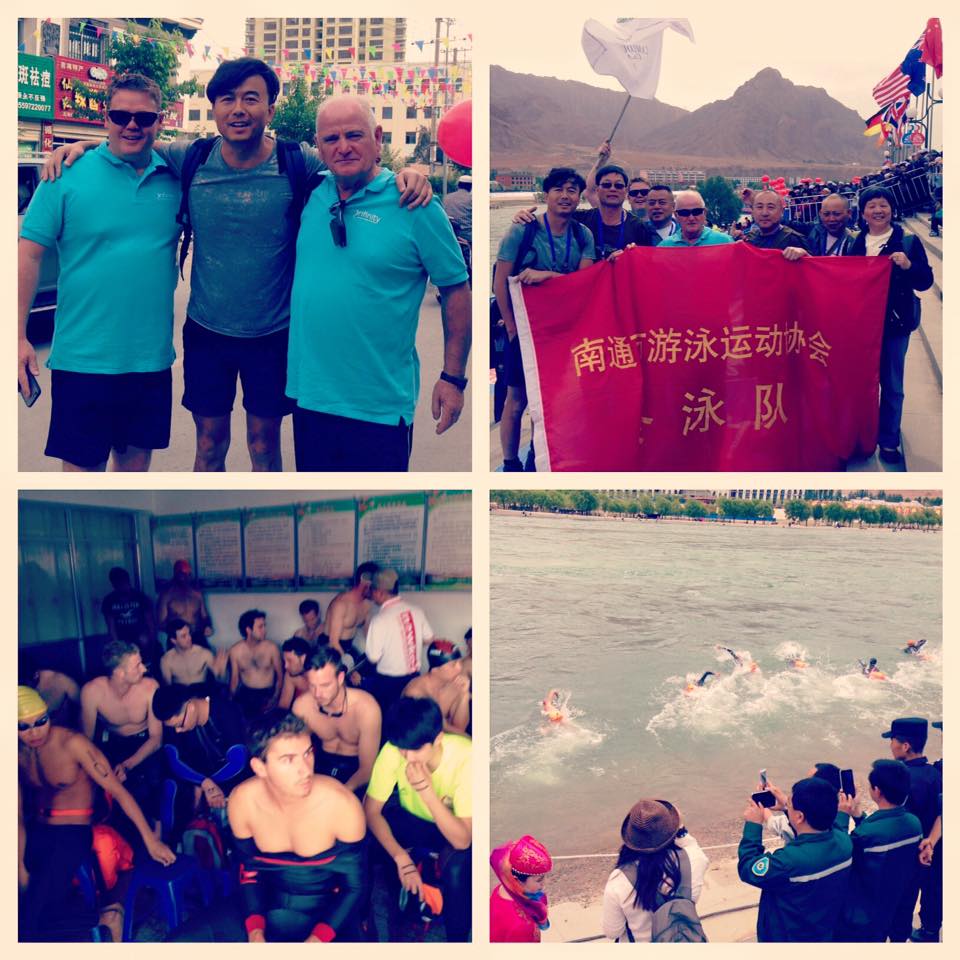 Courtesy of Wyatt Song, high up on the Tibetan Plateau.

Pádraig Mallon called his swim with Wyatt Song, Milo McCourt and many Chinese a very technically difficult short (500m) swim across the Yellow River at an altitude of 2,200 meters on the Tibetan Plateau in northwest China.

High up at an altitude of 2,200 meters during the International Extreme Race of Winter Swimming*, Song completed two crossings in one day, both testing the water and a preliminary race.

Cross-river swims can be difficult, especially at altitude and with turbulence and a strong current. Mallon used the word ‘perpendicular’ to describe how one needed to swim across the river.

“[It was like] a huge water treadmill going sideways,” said Song. “It’s difficult to keep focusing on directly crossing at a 90° angel to the river, so easy to feel you are swimming easier by going with the current. As soon as you spot the finishing gate, your direction is guaranteed off course. Instead you have to just keep rolling your arms towards the opposite end of the river.

Time is a factor, but a slower swimmer who took 20 seconds more can get across, it’s the course to take and how to stay focused. One thing I learnt a huge lesson is to swim your own swim.

Pádraig did his own swim, planned it a little more technically and came up within the gate to win his heat. By the time I realized – when I looked ahead instead of spotting other swimmers, I was few seconds too late and I landed 5 meters behind finishing line. A near miss sometimes provoke more thoughts retrospectively, more temptation for further attempt and certainly a good dose of motivation to get back in the pool.

It was a very interesting swim indeed. One thing always great about this is meeting people and friends around the world. People congregate here from all corners of China and many international swimmers participated. The city of Xunhua is small yet filled with interesting culture

Video coverage of the January 2015 event in 2°C water when 58 swimmers from China, Iceland, France, Sweden, Italy, Germany, Australia, Belarus and Russia completed across the Yellow River is here.