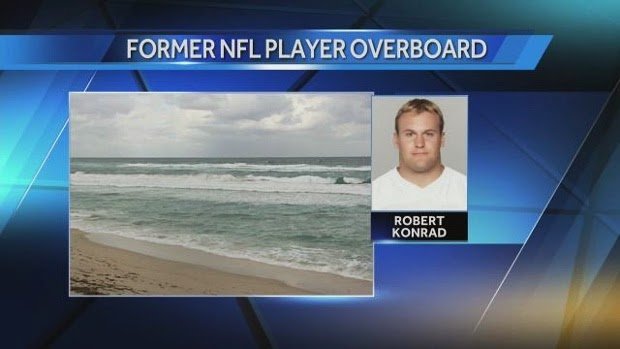 Robert Konrad, a former professional American football player with the Miami Dolphins, had faced lots of pressure before in his athletic career, playing in stadiums filled with fans under the glare of television, but it was nothing like he faced this week in the Atlantic Ocean.

Nine miles off the east coast of Florida near Palm Beach, the 38-year-old Konrad fell from his boat while fishing and was unable to catch up to his boat that was on autopilot.

As the boat drifted away from him in the early evening, he had a simple choice: swim to shore.

9 long miles taking him over 10 hours without food, drink or anything but the lights of coastal Palm Beach to guide him, Konrad finally made it to shore hypothermic and exhausted. At one point, he saw the U.S. Coast Guard rescue helicopter pass over him, but they did not spot him.