Role Models In The Open Water 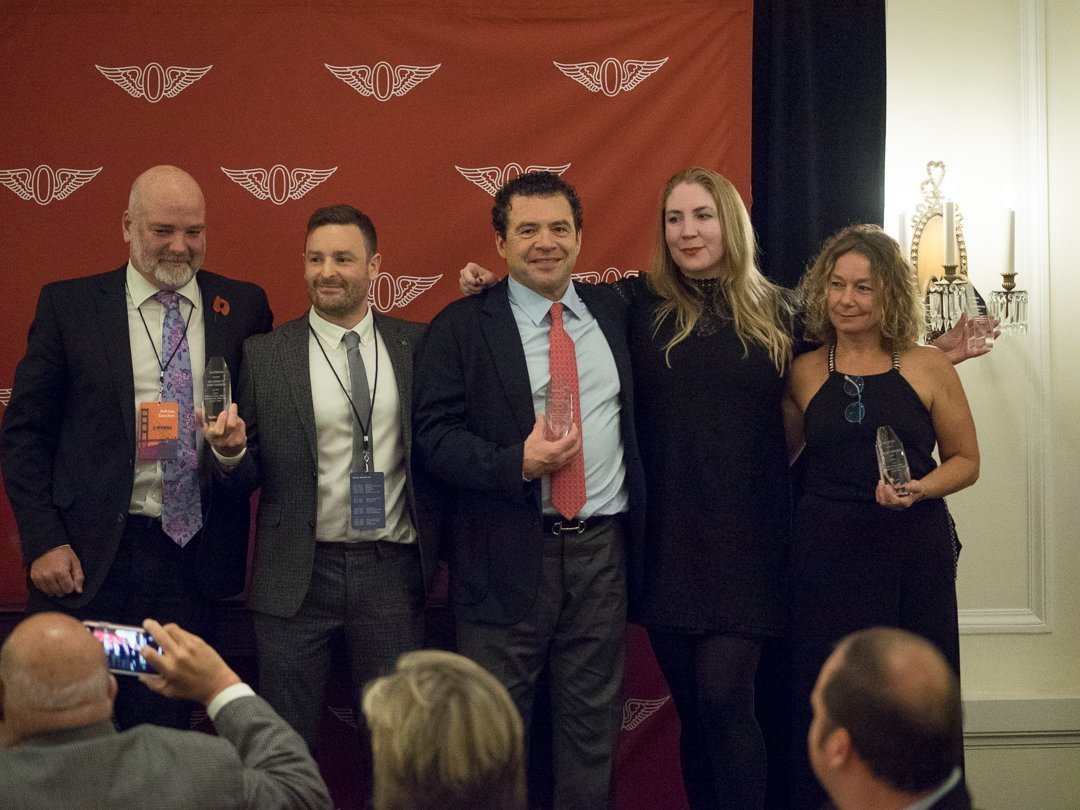 Role Models In The Open Water

“The open water swimming community is extremely fortunate to have so many heroes and heroines – of all ages and abilities – in the sport who give us inspiration and serve as role models who we can emulate,” observes Steven Munatones. “What Adrian, James, Antonio, Jaimie and Tita have done over the course of their careers and continuously on a daily basis is remarkable. They seamlessly interweave their professional careers with a rigorous training program and incredible athletic achievements.”

The WOWSA Award winners were celebrated as follows:

Sea Donkey tells the story of Adrian Sarchet and his adventure across the North Channel. The documentary, directed by James Harrison, celebrates the depth of the human spirit of an ordinary man, an advocate from Guernsey, who took to the open water with a passionate desire after more than a decade of lawyering. As he closing in on becoming one of the few people who have completed the Oceans Seven, Sarchet is now far beyond the poor health he had previously existed with. Sarchet transformed himself from a law-obsessed professional to a broad-minded adventurer. Through riveting interviews with the protagonist, pilot and crew amid beautiful imagery between Northern Ireland and Scotland, Sarchet’s personal journey is an improbable, mind-bending and astonishing path to becoming one of the world’s most adventurous extreme athletes. For its inspirational message that the documentary delivers, for showcasing the unlikely transformation of an advocate to a risk-taking channel swimmer, for sharing the challenges and joy so prevalent in the sport of open water swimming, Sea Donkey was selected as the 2017 World Open Water Swimming Offering of the Year.

Antonio Argüelles achieved the Oceans Seven at the age of 58, 20 years older than the average age of the other swimmers who have accomplished the same feat. His final two swims, celebrated throughout his native Mexico and respected in the channel swimming world, were tough: a 11 hour 20 minute 23 km crossing of the Cook Strait in New Zealand and a 13 hour 32 minute 35 km crossing of the North Channel between Ireland and Scotland. He trained hard for both, traveling frequently to San Francisco from Mexico City to acclimate to cold water. Speaking, writing and swimming, the entrepreneur shares his indomitable spirit with all those who he meets on his global journeys. For his inspirational life and words of encouragement that he constantly shares, for literally never giving up and achieving a goal that culminates his vast endurance sports resume, for expressing a palpable joy in the water via photos, videos and speeches, Antonio Argüelles was selected as the 2017 World Open Water Swimming Man of the Year.

Jaimie Monahan seemed to be everywhere, doing everything, in the open water world in 2017. Her presence was ubiquitous around the globe, from cold to warm temperatures, short to long distances, calm to rough conditions. In addition to doing six major marathon swims (winning the 40 Bridges Double Manhattan Island 92 km swim with a new course record of 20 hours 12 minutes, pioneering the first recorded 64 km Lago Maggiore crossing in 24 hours 2 minutes, 40 km Lac Memphrémagog, 27 km Rose Pitonof Swim, 20 km Mercer Island Marathon Swim and a 4 km Strait of Magellan crossing), the 38-year-old completed the world’s first Ice Sevens Challenge under the International Ice Swimming Association – performing Ice Miles under 5°C in Morocco, Norway, Boston, New Zealand, and Argentina in addition to being a top-ranked swimmer on the International Winter Swimming Association World Cup circuit with races in Latvia, Russia, China, and England. For her impressive versatility in competing in ice swims and warm-water marathons, for balancing a full-time job with a non-stop globetrotting swimming itinerary, and for her efforts as a charismatic ambassador for open water swimming in all forms, Jaimie Monahan was selected as the 2017 World Open Water Swimming Woman of the Year.

Margarita Llorens Bagur has been making several epic attempts in the Balearic Islands archipelago in her native Spain. This year, she made a valiant 37-hour attempt to swim 90 km between Ibiza and Javea in Islas Baleares. The 49-year-old president and inspiration of the Menorca Channel Swimming Association trained with a 42 km 11 hour 54 minute swim along the Costa Brava from Roses to Port Boy and then took on her challenge. She swam and swam and swam for 73 km before difficult conditions and adverse currents led her crew to abort her pioneering attempt. For braving the elements and facing another disappointment with understanding that Mother Nature always has the upper hand in massively long marathon swims, for her admirable persistence in making extremely difficult channel attempts while she continues to help others realize their dreams, for her humble nature in concert with her escort kayaker and husband Francisco Siscu Pons, ‘Tita’ Llorens Bagur’s 90 km channel attempt was selected as the 2017 World Open Water Swimming Performance of the Year.