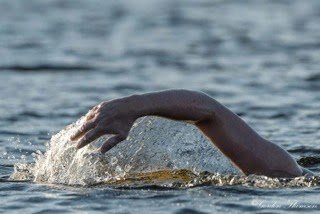 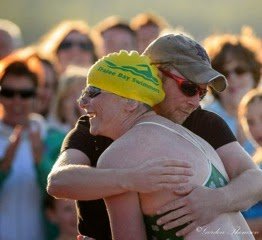 It was a childhood dream.

“It was the longest mid-summer swim on the longest day,” recalls the renowned Irish athlete.

“I am delighted to finally be the first person in swimming togs complete it from swimmer’s beach in Portumna, Co. Galway to Killaloe, Co. Clare.

Lough Derg (from Irish Loch Deirgeirt, meaning “loch of the red eye“) is the second-largest lake in Ireland and is the third-largest in the whole island (after Lough Neagh and Lough Corrib).

The mother of three children and the all-around star athlete, few are as active or accomplished as Foley on the land and in the water. “I have played camogie and gaelic football winning a county Clare championship in both codes. I have been lucky enough to win All Ireland medals in both gaelic football and rugby.”