WOWSA 12/13/2020 open water swimming No Comment
Courtesy of Christopher Guesdon, Derwent River, Tasmania, Australia. The 34 km Derwent River Big Swim is one of The Toughest 13 swims and part of the the Triple Crown of Australia. The 34 km river marathon is organized by Chris and Sue Guesdon. On December 13th, 60-year-old Ross Youngman became the 7th person in history to complete the Derwent River Big Swim. He was escorted by his younger brother Mark Youngman. 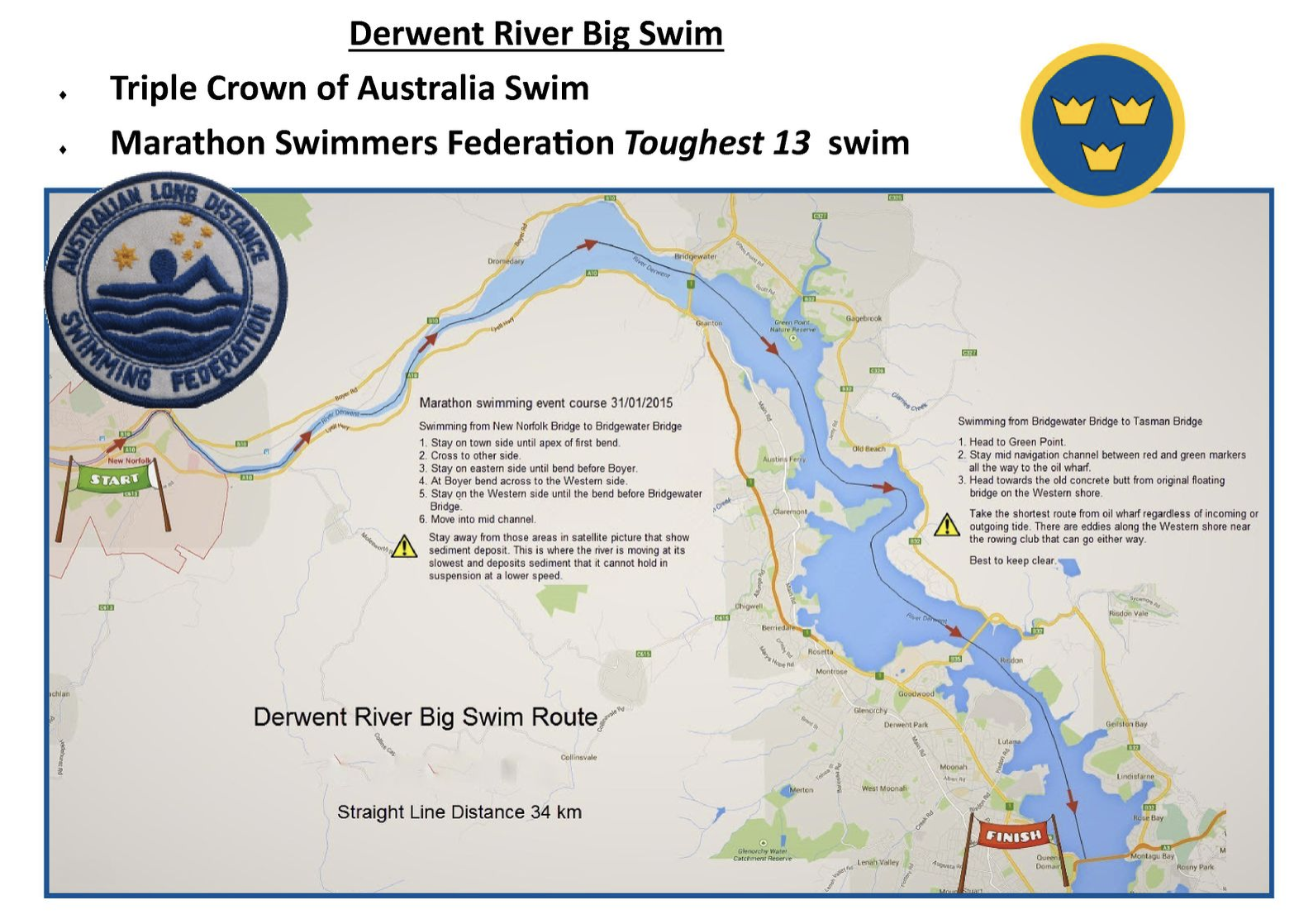 Christopher Guesdon, former chairperson of the International Marathon Swimming Hall of Fame, reported on his swim, “It was a super effort. Ross is the first Tasmanian to conquer the swim. In doing so, he is the fastest male (time pending), the oldest person (in his 60th year), and the earliest of the season to do the swim. Conditions were uncommon for this time of year, but perfect for the swim with a warm following NNW breeze and above average water temperature averaging 15.6°C. His time was 9 hours 11 minutes.” Youngman has completed the 10 km South Head Roughwater Swim every year since 2014, raced in the 2020 Rottnest Channel Swim, and completed a three-person English Channel relay with Team MadFish and has been swimming with the Vladswim group since 2013. During the first five hours to Bridgewater bridge for 14 km, there was no tidal or current assistance. His aim to hit Bridgewater at high tide, then get some tidal assistance and hope southerly winds do not come up. It is best to follow the navigational channel mostly. His experienced independent observer was Rob Reid of the Queensland Police. COVID is not circulating in Australia currently, but Tasmania opened only over the last two months to swimmers from other (Australian) states. This river is approximately 150 km long, flowing from the Central Highlands to Storm Bay on the threshold of the Great Southern Ocean. The significance of the course is that it is from New Norfolk, the largest country town on the river, and finishes at Hobart, the State capital. The swim involves four bridges and starts at a bridge, passes under two other bridges, and finishes at a bridge. As we are under the influence of the planet’s Roaring Forties, these winds blow up the river means that the weather on the day and the ability of the swimmer whether they finish at all or the time they take for the swim.” 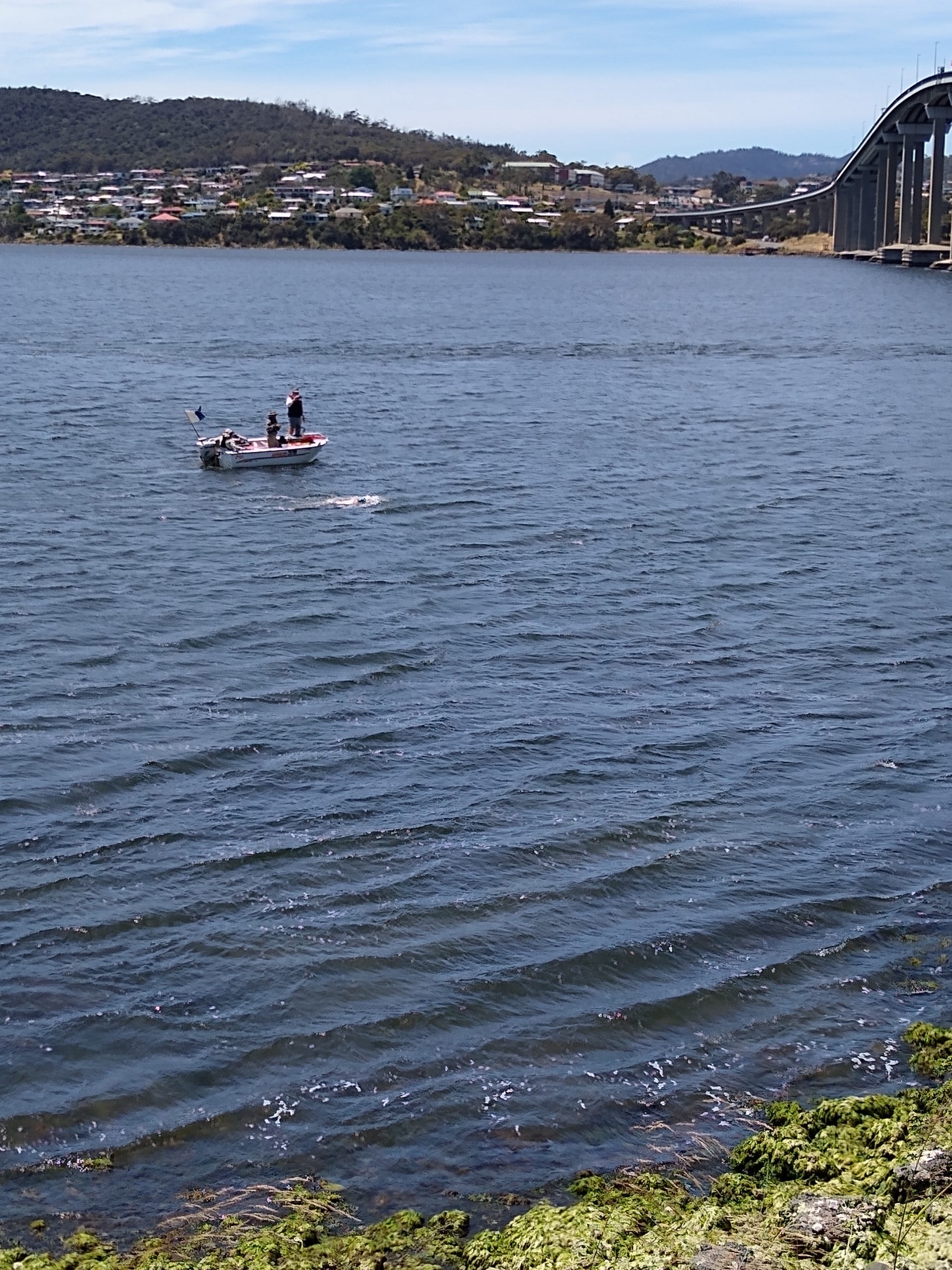