Round And Round They Went In Bermuda 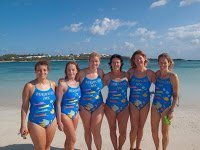 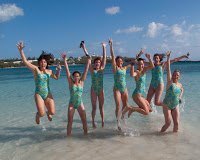 300 swimmers, some who were colorfully clad, braved strong winds in the 20th anniversary of the Bermuda Round the Sound Swim this weekend.

23 swimmers from the ABC Gray Sharks in Massachusetts saw it as a great opportunity to get friends together and do something they all love. Susan Kirk of New Jersey said, “So much passion for swimming permeates the ambiance here. It’s very inspirational.”

As one of the world’s top open water swims that assessment is to be expected. The top three finishers included: