Round One Goes To Mother Nature 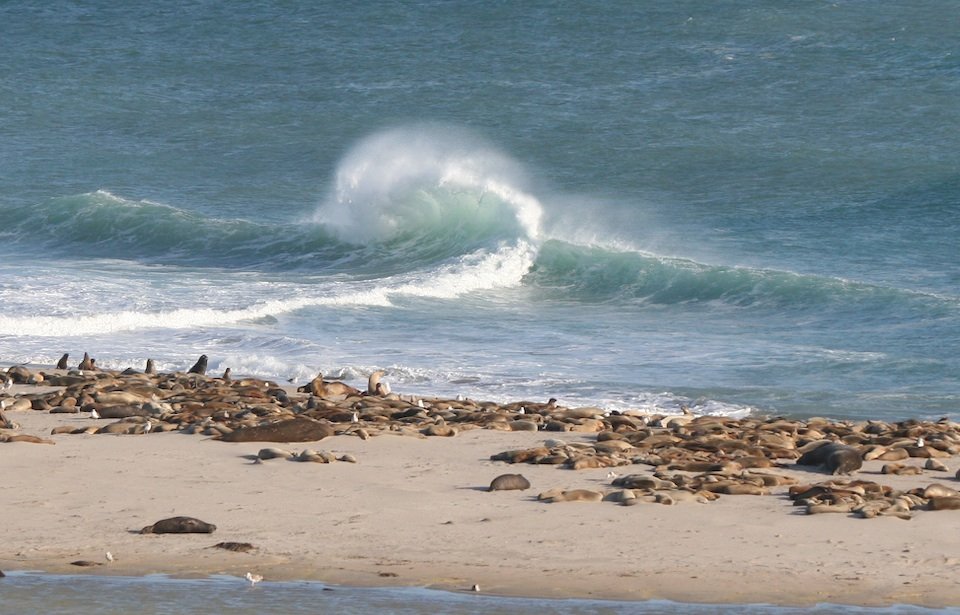 Discretion is the better part of valor, especially in the ocean when the winds pick up.

Anthony McCarley knows this all too well as he is on an airplane heading home instead of getting on his escort boat for a 6-hour ride out to the uninhabited San Nicolas Island this week.

McCarley had planned and prepared for an unprecedented swim from San Nicolas Island to Santa Barbara Island in the California Channel Islands, a straight-line distance of at least 28 miles (45.1 km).

But today he had to abort his attempt.

With 6-8 foot swells and 30 knot winds around San Nicolas Island forecasted for the entire week, the swim was cancelled. McCarley and this entire support team that had gathered from around the U.S. are heading back home. “I feel most bad for the support team, observers, and kayakers who had adjusted their schedules, took days off work, traveled great distances, all for nothing. [I am very] grateful for their support.”

But these things happen in the open water community.

In preparation for the pioneering inter-island swim, McCarley had recruited one of the most experienced support crews assembled on the West Coast of America, from Navy SEAL Commander Dan O’Shea to local educator Guy Smith.

Commander O’Shea remarked, “…Mother Nature didn’t want to cooperate today. [Anthony] went to great lengths to step into the arena and challenge the seas. Like many obstacles in life, half the battle to achieve [his] goal is to simply get to the starting line. [He] overcame what many considered a logistical impossibility to even get the swim approved [and] then lined up all the resources required for the swim. He trained relentlessly to get physically prepared to finish the swim…especially [his] willingness to honor the fallen of the Navy SEALs. [He] will get another opportunity to honor them, complete [his] task and fulfill the mission.”

Smith and the other members of McCarley’s team also agreed that the entrepreneur from Berwyn, Pennsylvania did not disappoint. “I know what 30 knots of wind looks like in that channel, and it’s not fun – in a boat, in the air or in the water. It has the reputation of being one of the most treacherous places to sail anywhere, so [his] decision, though difficult, was the right one. Better to live and fight another day.”