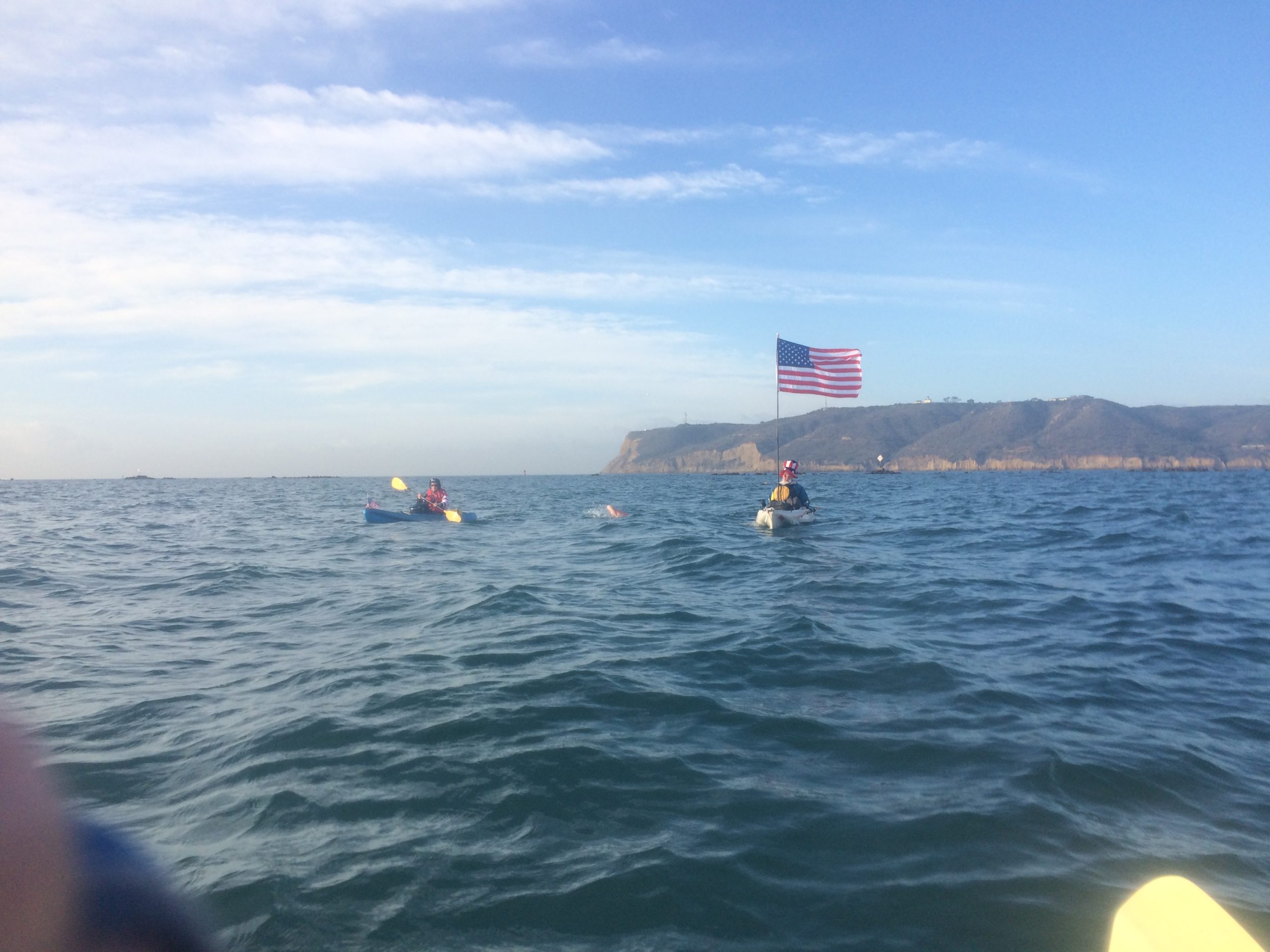 Dan Simonelli of the Open Water Swim Academy in San Diego, California is the most active observer and mentor for swimmers attempting channel swims between the California coast and the California Channel Islands.

But with the COVID-19 pandemic and the repeated opening and re-opening, closing and re-closing of the retail and service industries in Simonelli’s home state of California, it is increasingly difficult – if not impossible – to plan for and attempt channel swims. As a result, governing bodies like the Catalina Channel Swimming Federation have cancelled its 2020 summer season.

Simonelli does not want to just sit back and wait. His line of work – planning and succeeding at solo and relay channel swims – requires lots of planning and preparation so he is constantly thinking of alternatives so swimmers might be able to attempt swims. He explains, “My primary alternative swim option was thwarted. I had hoped that Santa Barbara Channel Swimming Association would allow for swims between Santa Barbara Island and the west end of Catalina Island. The Santa Barbara Channel Swimming Association board of directors decided to go forward with their season – but with only their Anacapa Island swims.

My other swim option is around Coronado Island in San Diego. It is a fun swim route going under the Coronado Bridge and through San Diego Bay with views of downtown skyline, out past Point Loma into the open ocean and along the Coronado Beach and famous Hotel Del Coronado Hotel to finish on Gator Beach – which is as far as you can go without swimming into Navy SEAL territory.

Swim distance is between 11 and 12 miles of tidal current-assisted water when the swim is timed right. This swim can be done with only paddle/kayaker(s) support. The swim can be ratified via Marathon Swimmers Federation and subsequently added to the LongSwims database. Obviously, pandemic restrictions on travel might not allow this to be possible or feasible now or soon, but with the ocean water temp around 70ºF now and likely to remain in 60sºF into the fall, we have time to decide. Swims here in San Diego can be down any time of year.

Relatively, there is not much planning on this end to attempt a round-island swim: we set a date, we plan, you come and swim. If swimmers have interest in doing this Coronado round-island swim, we can set a time to discuss more details.” 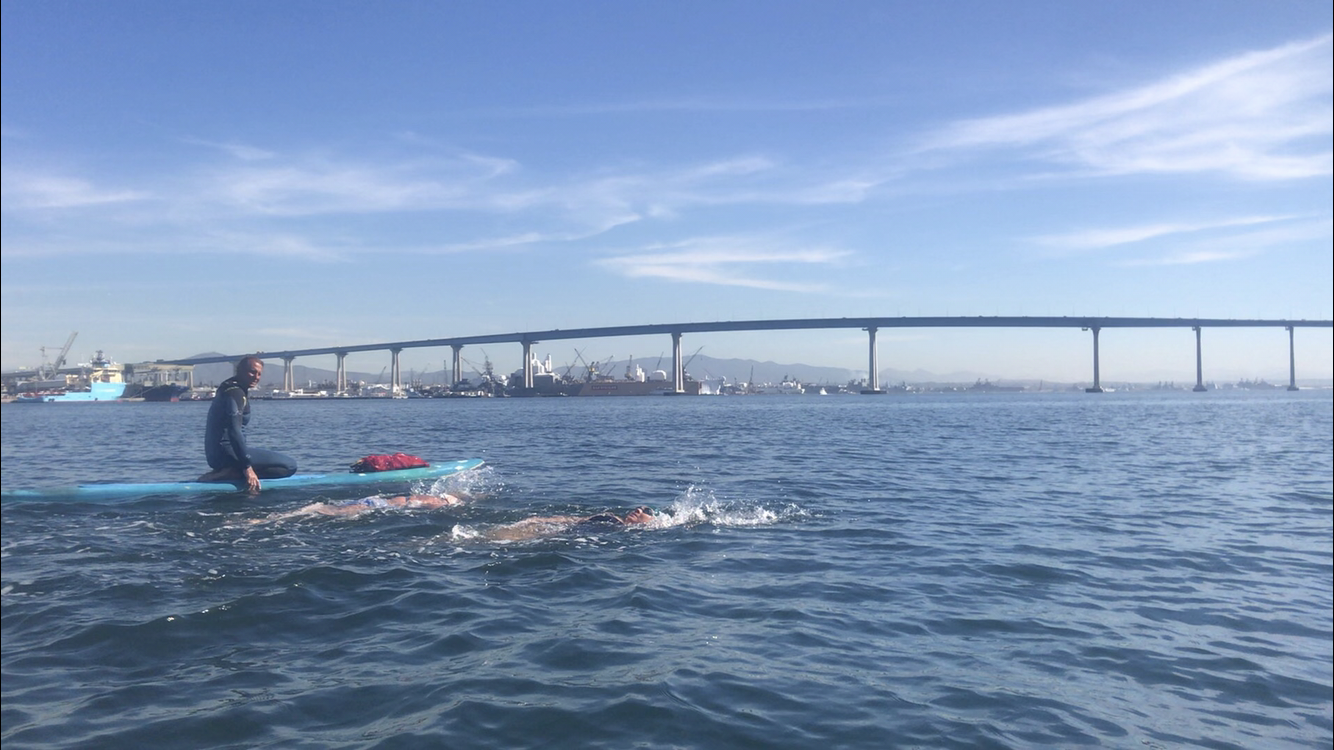 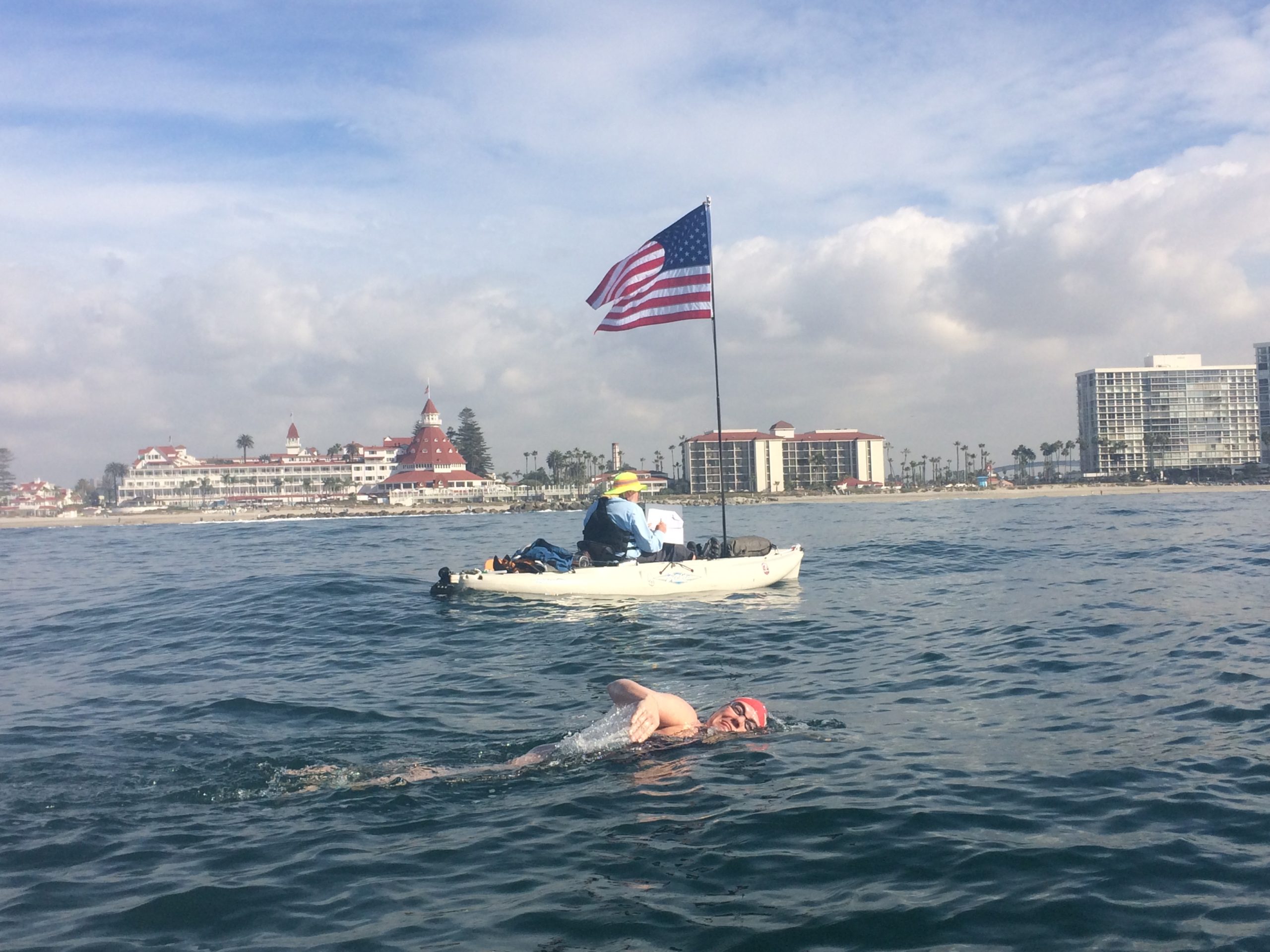 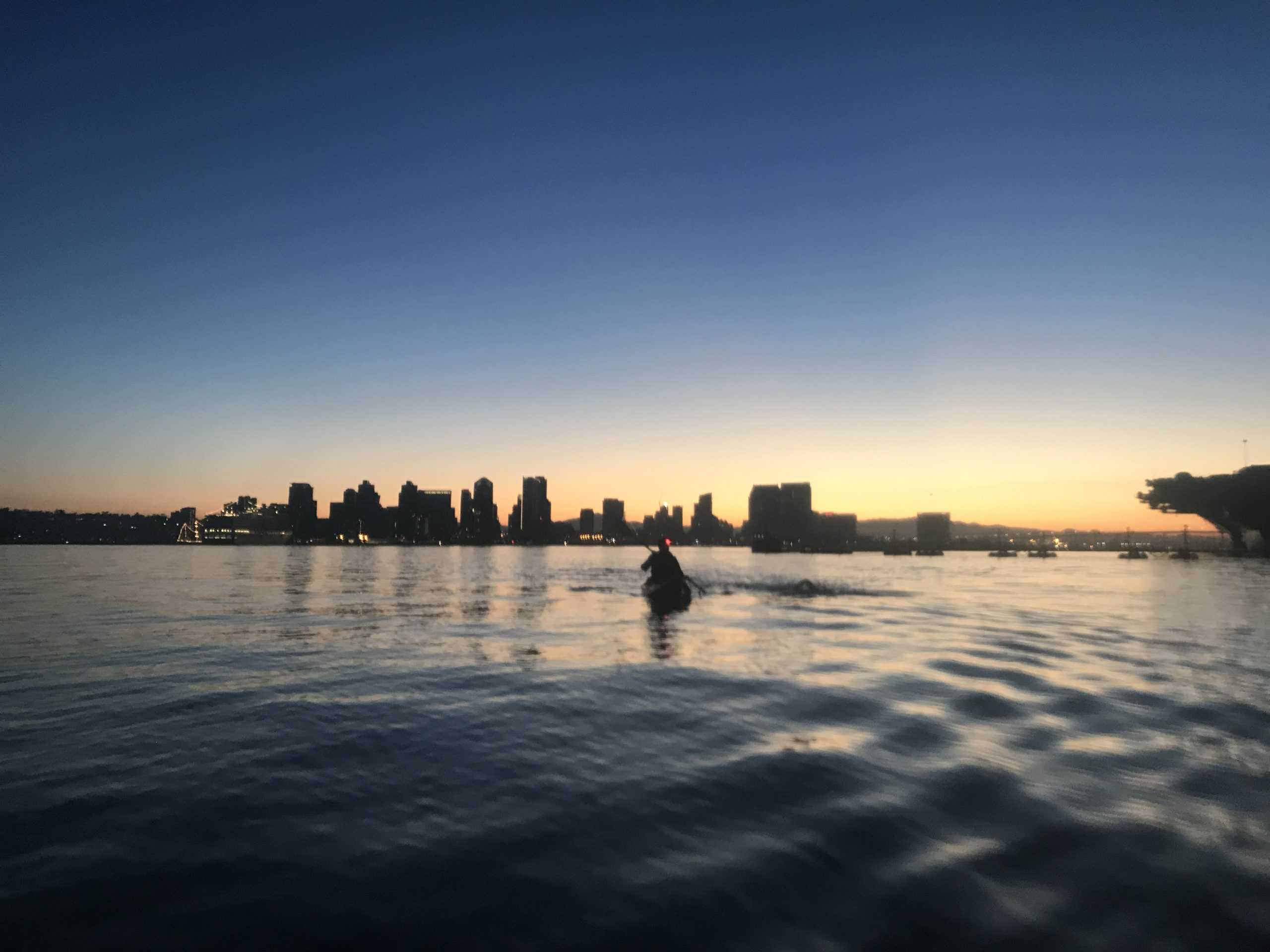 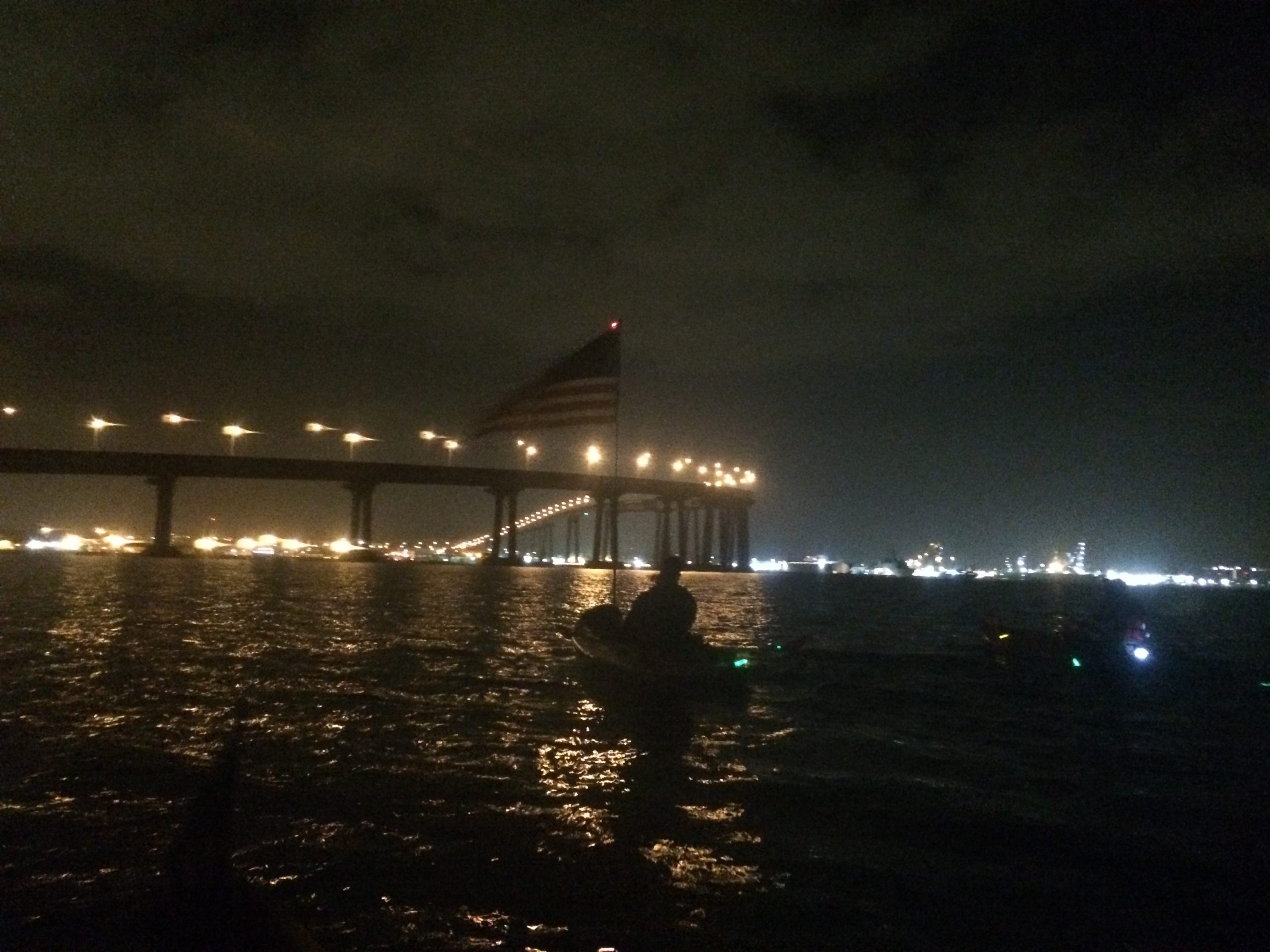 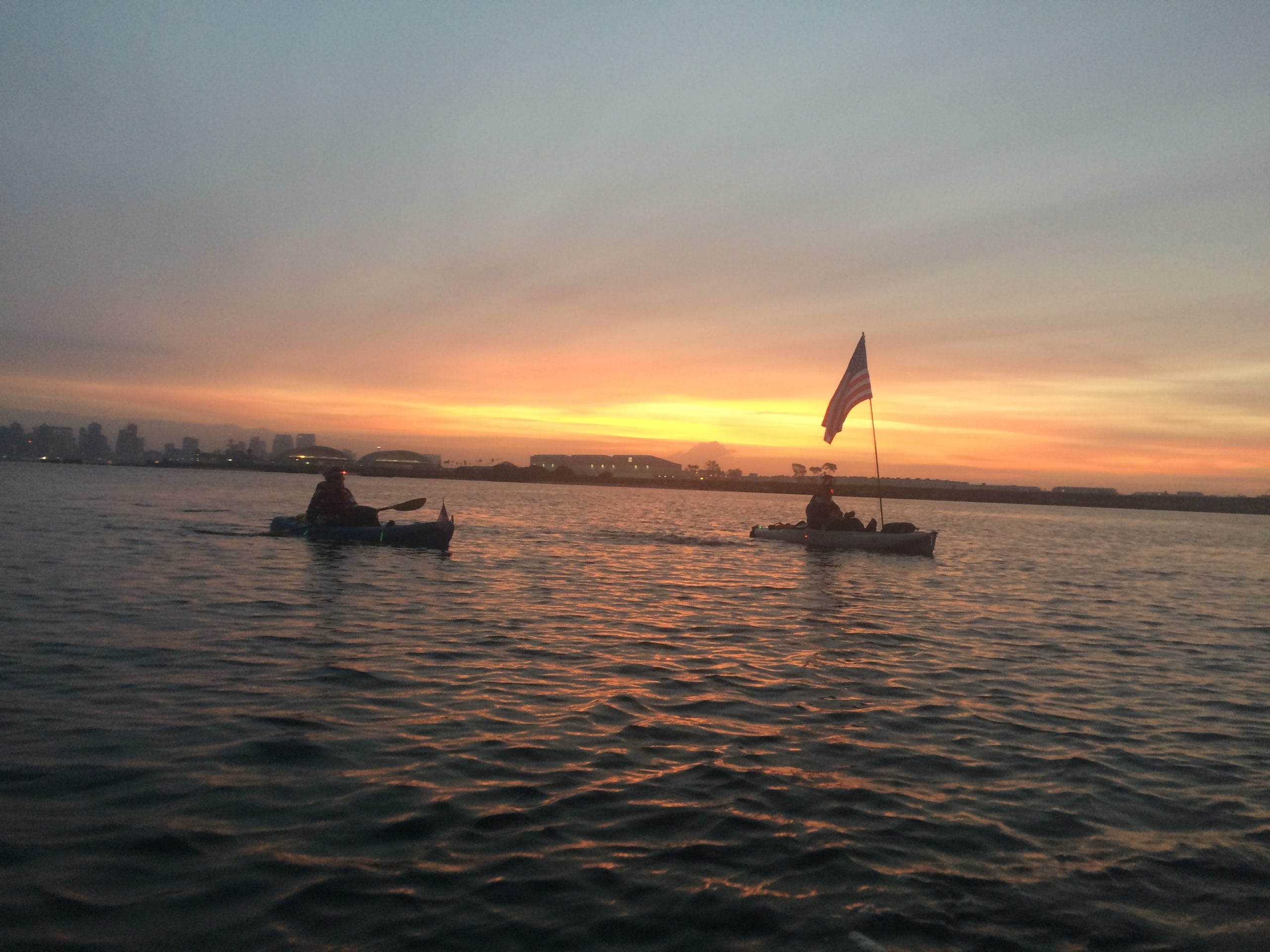