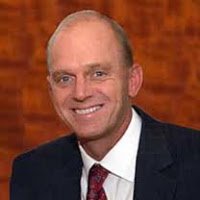 Rowdy Gaines, the voice and personality of swimming for NBC and USA Swimming, did a wonderful announcing job at the USA Olympic Swimming Trials over the last 8 days.

The 3-time Olympic gold medalist he brings his own passion for swimming to the television screen.

The audience – from die-hard swimmers to casual TV viewers – is always educated and entertained by the personable Olympic authority.

Fortunately, open water swimming was repeatedly introduced to the American television audience by Rowdy who has announced at numerous other open water swims like the RCP Tiburon Mile during his 3-decade television career.

He talked about open water when announcing Olympians like Chloe Sutton, Haley Anderson and Andrew Gemmell, but he also mentioned open water when he introduced Olympic Trial finalists Becca Mann and Teresa Crippen as well as mentions of other open water swimmers in the finals like Arthur Frayler, Ryan Feeley, and Sean Ryan.

Thank you Rowdy. We cannot wait to listen to your commentary at the Olympic 10K Marathon Swim on August 9th and 10th.