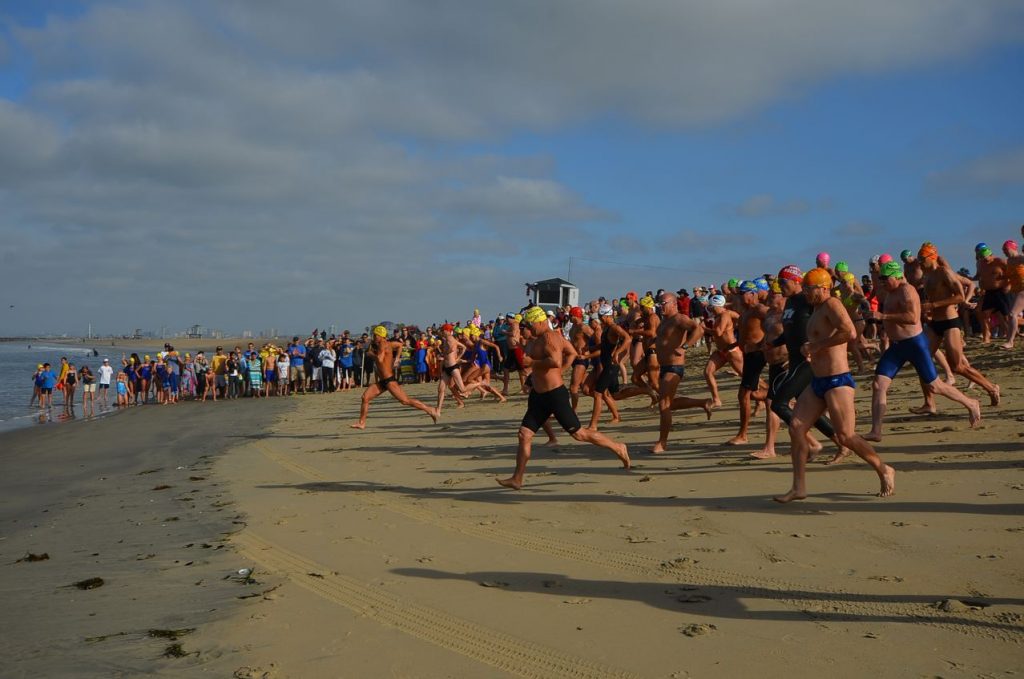 Both the 1-mile and the 3-mile races at the Seal Beach Rough Water Swim start high up on the hard sand beach. This allows the crowd standing onshore and from the vantage point of the wooden pier to enjoy watching the swimmers of all ages and abilities hustle down the sand and dolphin through the surf into the Pacific Ocean – and back to the finish.

The podium at the stereotypical California summertime beach race was flavored with a bit of youthful international flair this year.

While Dan O’Connor sprinted down the beach first, it was his younger Mission Viejo Nadadores teammate who nipped him at the end of event. The Poland-born Jan Daniec won in a blazing fast time of 55:53.50 to O’Connor’s 55:56.02.

On the women’s side, Taiwan-born Megan Rankin of UCLA had a great battle against Kelsey Cummings of Golden West Swim Club that also came down to the top two women sprinting through the surf and running up the beach in 58:27.53 vs. 58:29.77.