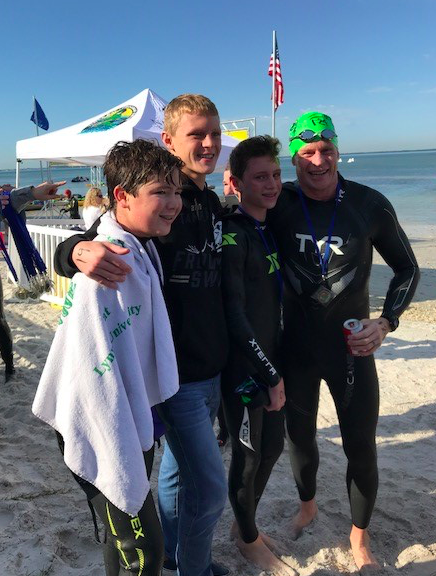 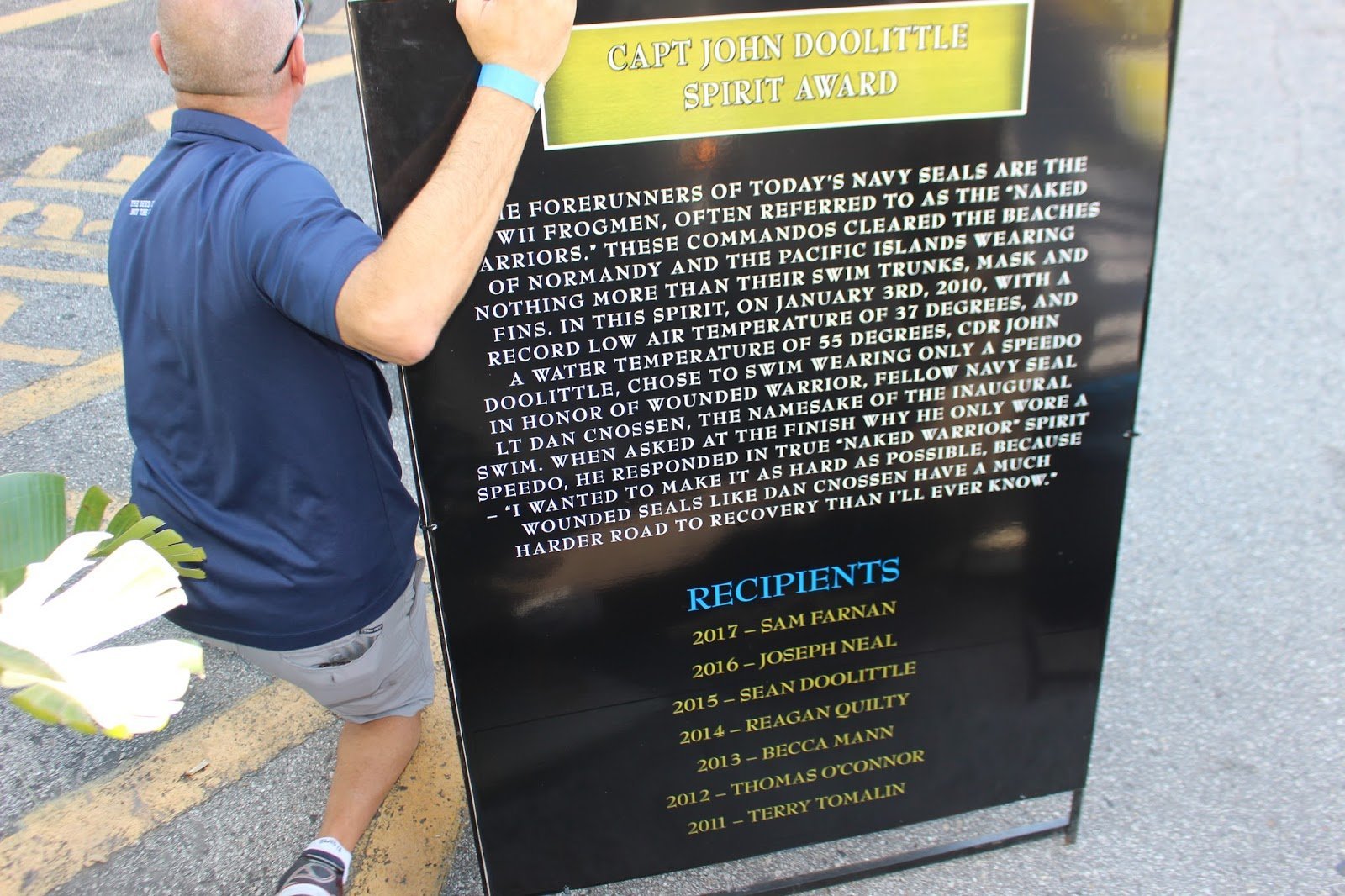 Basketball-playing Ryan Doolittle (second from right) does not specialize in competitive swimming, but when he saw his older brother Sean (second from left) win the Tampa Bay Frogman Swim last year, he became motivated to attempt the 5 km charity swim.

So he grabbed a wetsuit and took to the water with some grit and determination at this year’s Tampa Bay Frogman Swim.

Even after stopping twice en route, he continued as his teeth chattered as he swam alongside his father, John Doolittle (on far right). Despite swimming 1 hour 49 minutes in 53-55°F water – even with a wetsuit – he stuck with it despite the cold occasionally sipping hot chocolate.

For his successful swim on his first Frogman Swim, he was given the CAPT John Doolittle Spirit of the “Naked Warrior” Award.

Rory O’Connor explains the background of the award, “The forerunners of today’s Navy SEALs are the WWII Frogmen, often referred to as the Naked Warriors. These commandos cleared the beaches of Normandy and the Pacific Islands wearing nothing more than their swim trunks, mask and fins.

In this spirit, on January 3rd 2010, with a record low air temperature of 37°F and a water temperature of 55°F, John Doolittle, chose to swim wearing only a Speedo in honor of wounded warrior, fellow Navy SEAL LT Dan Cnossen, the namesake of the inaugural swim.

When asked at the finish why he only wore a Speedo, he responded in true “Naked Warrior” spirit. ‘I wanted to make it as hard as possible, because wounded SEALs like Dan Cnossen have a much harder road to recovery than I’ll ever know.'”