Ryan Utsmi Rises To The Occasion 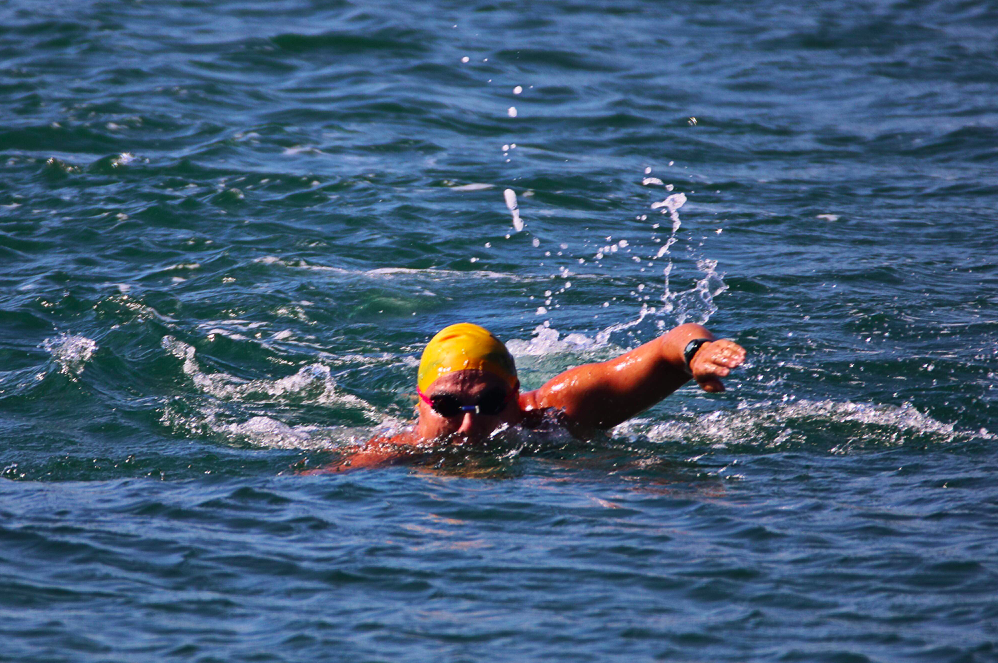 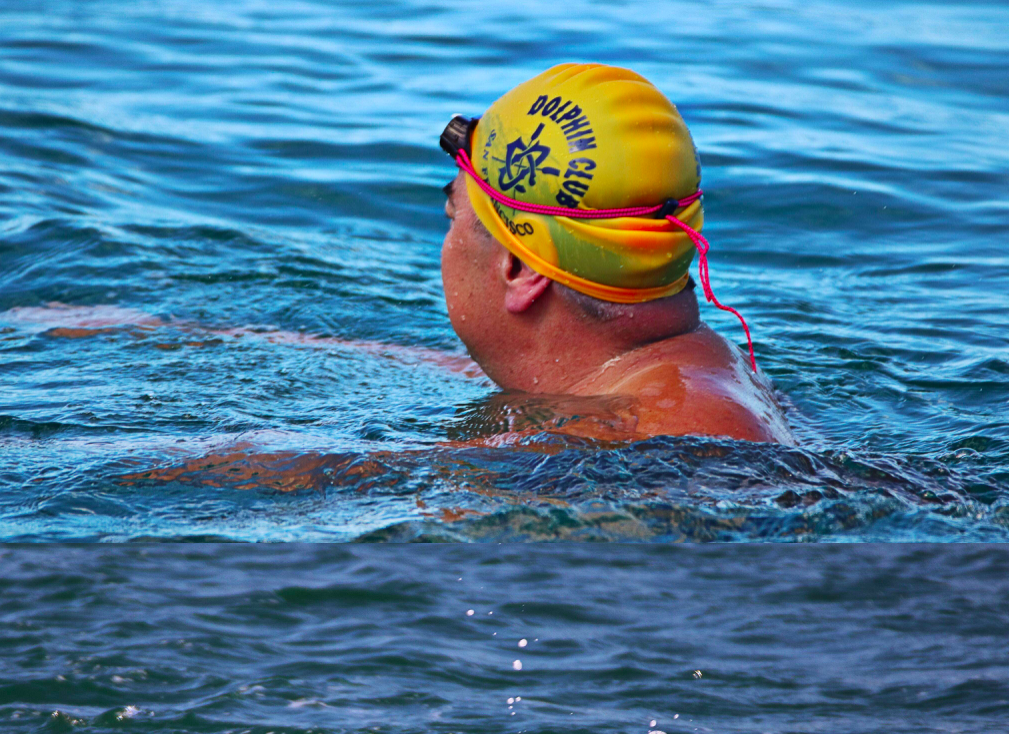 By profession and by day, Ryan Utsumi is an investment management professional from San Francisco, California.

But by night and outside of the Bay Area in oceans around the world, the 39-year-old is quickly emerging as one tough channel swimmer.

Utsumi recalled his experiences at the North Channel, “I can’t tell you how incredible my experience was in Donaghadee. From the Chunky Dunkers, a phenomenal group of open water swimmers led by Martin Strain, to the Infinity crew who took wonderful care of both Jill and me, to the team at Pier 36, we had a fantastic time.”

He talked about his time in the water:

Daily News of Open Water Swimming: You live in the Bay Area. With the water consistently cold nearly year-round, San Francisco Bay seems like a great training area. In preparations for your North Channel attempt, did you train in Aquatic Park? How much? How often?

Ryan Utsumi: The San Francisco Bay is an incredible training ground for swims like the North and English Channels. Water temperatures this season ranged from the low 50°F’s to low 60°F’s which was a pretty good proxy for the North Channel.

We also benefit from an incredibly strong open water swimming community. All of my open water training was done at the Dolphin Club in Aquatic Park where I share the cove with a number of talented swimmers preparing for English Channel and other crossings. On any given weekend, you can meet a who’s who of open water swimming on the beach getting ready to jump in the water. Inspiration and motivation come easily with this group of swimmers.

I typically get in one or two long swims on the weekend in Aquatic Park, anything from 2 – 6 hours. I supplement long weekend swims with a couple of days a week in the pool.

Daily News of Open Water Swimming: You were an age group swimmer and have been around swimming for many years. But when did you start to focus on channel swimming? Why? What was the catalyst for this passion?

Ryan Utsumi: As an age group swimmer in Southern California, I participated in a bunch of races from 5 km to 25 km, but never considered channel swimming. There was a very accomplished open water swimmer on my club’s masters team named Frank Reynolds. He and I had discussed his swims and experiences, but it wasn’t for me, at least at that time.

My first serious thought about swimming the English Channel was in the fall of 2015. After years of talking about how great it would be to swim the Channel, my wife finally held me accountable…”It’s time to either do it or stop talking about it.”

Daily News of Open Water Swimming: How were the jellyfish across the North Channel?

Ryan Utsumi: They seemed to be in good spirits. About four hours into the swim, there was one in particular who was sunning, on its back, at the surface, tentacles up…We introduced ourselves face to tentacles… ouch!

Daily News of Open Water Swimming: Historically speaking, you ripped off a very fast North Channel crossing. What were the conditions that you faced?

Ryan Utsumi: Thanks, though there were two fantastic swimmers, Nora Toledano and Rachael Hanisch, who dusted me the next day.

Conditions were as advertised. It was fairly windy which created a noticeable chop in the water. I am a right-side breather, so it was fortunate that the wind was coming from the north allowing the boat to stay downwind from me. Water temperatures were between 55°F and 57°F, which is pretty pleasant from what I understand. Despite these challenges, it was a sunny day, which felt nice on my back.

Daily News of Open Water Swimming: You crossed the English Channel, Catalina Channel, Tsugaru Channel, Lake Tahoe and now the North Channel. Can you compare these swims in terms of their physical and mental challenges?

Ryan Utsumi: Each of these swims has their own special challenges, most of which are dictated by the conditions on the day of the swim. The challenges tend to fade in my memory as time passes, but I can confirm the North Channel was tough. From the chop, to the water temp, to the jellyfish, the physical challenges started to impact my frame of mind. It’s a slippery slope for me as negative thoughts creep into my head, and I can’t think of another swim where I was comparably mentally fried.

The crew, led by my wife Jill, with support from Olive and Pádraig at Infinity Channel Swimming and Piloting Services, saved me from myself. There’s an art to knowing what a swimmer needs to hear, and they nailed it.

Daily News of Open Water Swimming: How do you train for these channel swims and still maintain a full-time job?

Ryan Utsumi: It starts with having an incredible support system. Training for these long swims can be a selfish endeavor as any family member of an open water swimmer can attest. Jill is supportive of my swimming and that allows me to prioritize work and training, sometimes at the expense of our time together.

It’s also helpful to have friends in the open water community who have helped me identify training spots when I’m traveling for work. I can think of one instance of braving a Nor’easter to get in a morning swim with Abby Fairman in New York.

Daily News of Open Water Swimming: What did you think when you finally hit the Scottish shore?

Ryan Utsumi: It’s probably not appropriate to print verbatim what I thought. Suffice it to say I was relieved.

Daily News of Open Water Swimming: How long did it take for you to rewarm (up)?

Ryan Utsumi: I had a good chill for the boat ride back to Bangor, but the sun was helpful in warming me up.

Daily News of Open Water Swimming: What do you like best about channel swimming?

Ryan Utsumi: Big picture, I love being a part of this community. More specifically, I enjoy trying to identify my physical and mental limits, then expand them.

Ryan Utsumi: I don’t have any swims on the calendar for 2019 yet. It’d be great to attempt one of the remaining Oceans Seven swims, or maybe something closer to home. The only thing for certain is I’ll be back in Aquatic Park.