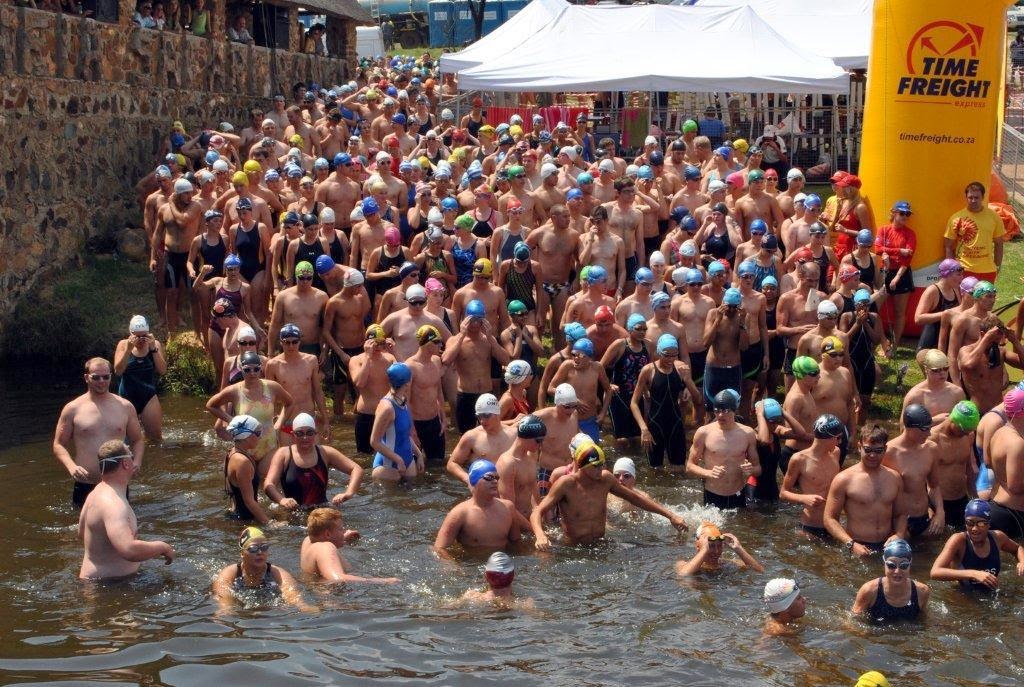 The final few qualifying events for the 2015 aQuellé Midmar Mile will culminate with a weekend of racing at the Heia Safari Ranch in Johannesburg, South Africa which hosts the Time Freight Lake Heritage Water Festival on January 17th and 18th.

Midmar Mile organiser Wayne Riddin expects close to 2,000 participants at the Heia Safari Ranch event. “The biggest advantage is to check that you can do a mile, or get as close to it [in distance] as possible, with it being four weeks out from the Midmar Mile. It also helps people understand whether or not they need to pick up their training so that they can have a decent Midmar Mile. Besides that, it’s about gaining experience with swimmers starting in the batches like we do at the Midmar Mile.

This weekend, more than likely, we will be introducing a seeding system, like we have at the Midmar Mile, because of the numbers of swimmers and the space that we have available for the start. For those people who have not yet posted a qualifying time, a number of options are still open.

Virgin Active is one of our sponsors, so we are encouraging people who don’t have a qualifying time to go to a Virgin Active and swim a thousand metres and have their time taken, and have Virgin Active stamp it. We are also happy with schools verifying times that swimmers do, so that we seed people better – it is all a matter of safety

For those who are unable to participate in a seeding event, the option of taking part in the Midmar Mile remains open. “If there are people out there, like novices, who don’t know who to go to, you can come to the Midmar Mile and still enter at the start. We are going to have Safe Swimmer devices available for those people to either rent or buy, and do the event with that.”

Riddin offers advice for those preparing to take on the 1.6 km lake swim. “The important thing is to get an idea of how fast one can swim per 400 meters. Because the [Midmar Mile] is divided into four sectors of 400 meters, so you can monitor your progress through the race. So get some 400 meters swims done, because they are going to do that four times at the event. I would say that the most important thing that the swimmer needs to do is to confirm whether they can get to a mile or not. If they are struggling through 400 meters in a pool situation, where you have turns, it will be harder in the open water because there are no turns. You have to continually swim.”

But the world’s largest competitive open water swim has newly introduced cut-off times. “We have extended the cut-off time to the halfway point from 30 minutes to 40 minutes. The lifesavers or safety personnel will take you out if you are not at halfway by 40 minutes because it means you will not complete the event in the one hour and 20 minutes’ allocation.

In the past we have had some people abusing the safety personnel by saying ‘we are not getting out’. They will not have an option. If they swear at anybody, if they say ‘we refuse to get out’, they will be taken out and they will be banned from the event because safety is the most important thing. It is more important than the participation
.”