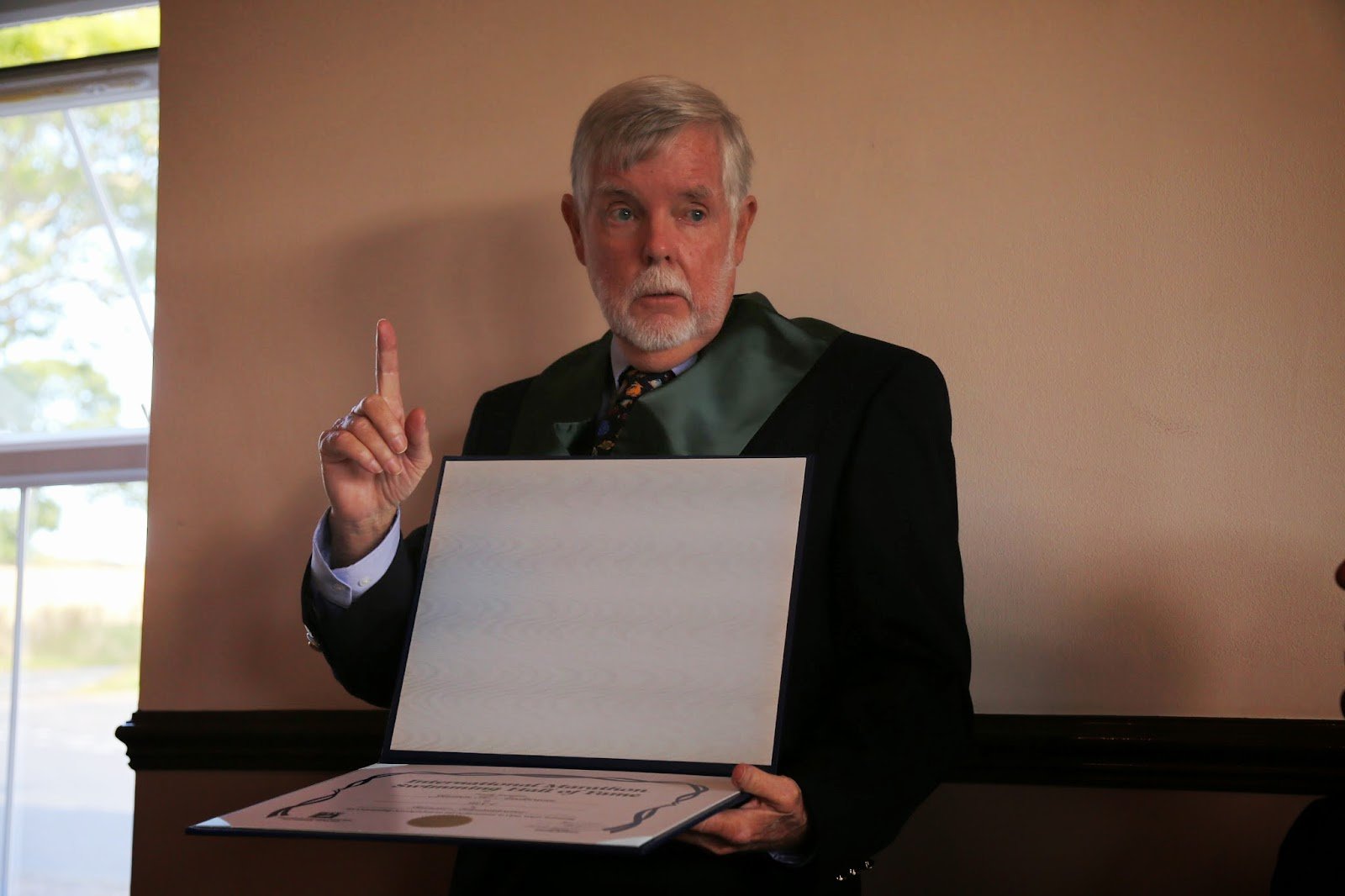 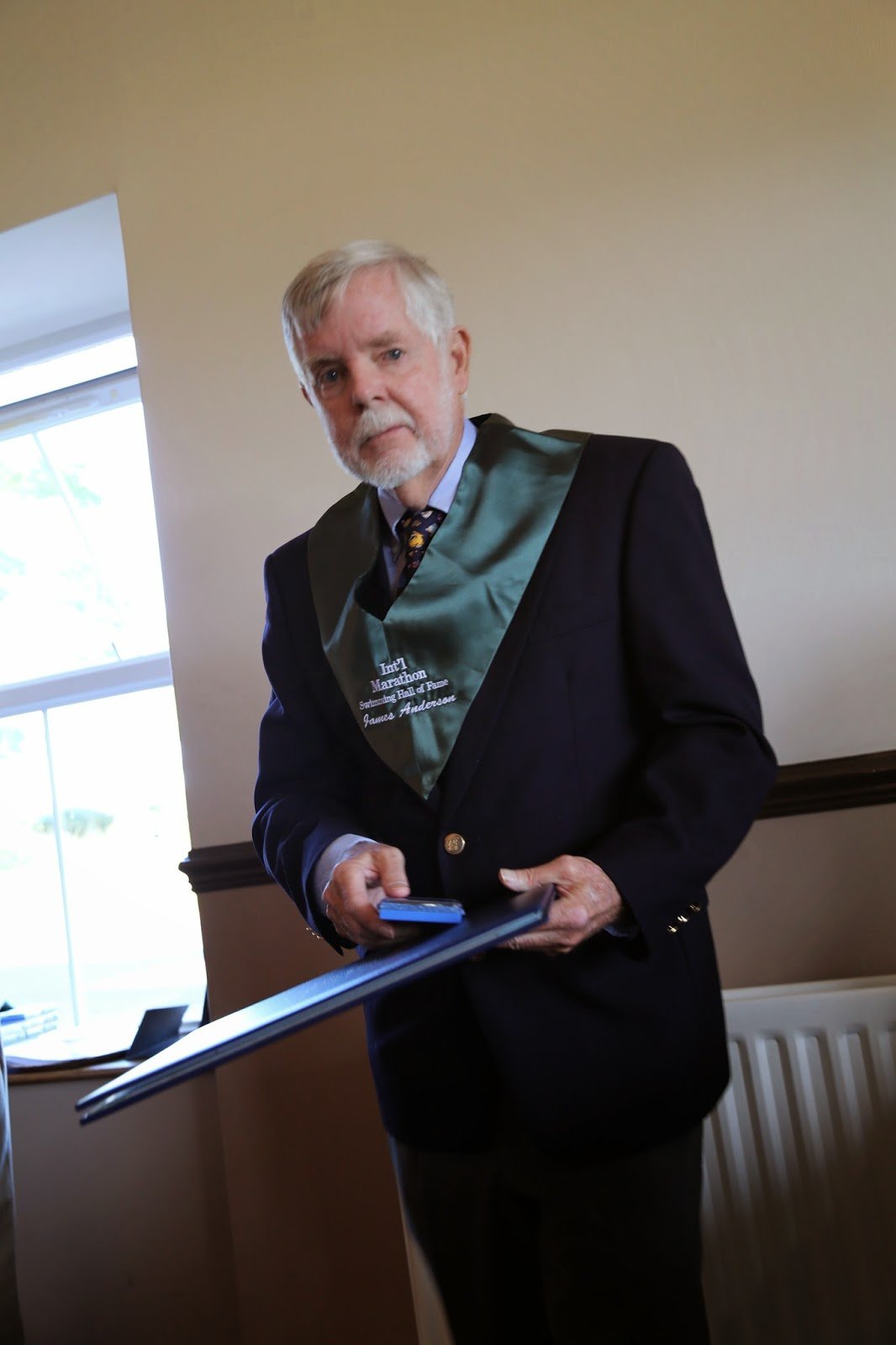 Anderson was recognized for serving as a dedicated, long-time race director who has been organizing swims in Hawaii since the 1970s.

He has always stressed safety and directed each swim with a focus on all kinds of details.

Anderson is one of those quiet, unheralded race directors whose daily responsibilities seem to never end. He spends innumerable hours applying for city permits, talking with lifeguards, surveying the race course, pleading for sponsor support, coordinating volunteers, marketing and promoting races on Oahu – on a year-round basis.

He created the Hawaiian Christmas Looong Distance Invitational Rough-H2O Swim. “The event help make open water swimming in Hawaii a year-round activity.” First held in 1981 and locally known as the Double Roughwater, Anderson explains the title and distance. “The race has been held every year since 1981, but one (2007). Thus, living up to its name as Possibly Annual. At the time, the 7 km distance was considered a long distance event and it fit nicely within the boundaries of the Waikiki Bay. Had the Olympic 10K open water movement been active at that time, the distance most likely would have been longer. While this is listed as a 7 km course that is only for the exceptional swimmer who swims in a straight line. Real world distance can be substantially greater than 7 km depending upon conditions and navigational ability. Navigation is a skill that plays an important role in this race.”

But what most participants find out about the out-and-back Double Roughwater course is that if one way is easy, the other way is not. Swimmers just don’t know which way the currents will flow with half the course with the current and the other half against.

“We stress that when one swims in this event you are not close to shore and that you are truly communing with Mother Nature who can be very unforgiving. It is not for the casual swimmer. Safety is a major concern such that each swimmer is required to have an escort on a surfboard, kayak or other similar water craft. We do extend a courtesy to swimmers who come from out of state and will supply an escort, if needed.”

Besides being a stalwart as a race director for the Waikiki Roughwater Swim and North Shore Swim Series, he also organized the first FINA World Open Water Swimming Championships that were held in Honolulu in 2000.

“When I started Looong Distance Swim 30 years ago, 7 km was considered a long distance. Had the Olympic 10 km distance been actively promoted in 1970, it most likely would have been 10 km or longer. The name has remained but the distance is not such a big deal these days,” the California native explained.