Saho Harada And PowerBar Emerge In The Open Water 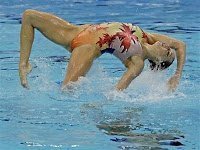 Harada was formerly a world-class synchronized swimmer who won a silver medal at the 2004 Athens Olympics and a bronze medal at the 2008 Beijing Olympics, but has recently emerged as an open water swimmer.

The next race of the series is another 2 km coastal sea race on June 20th. On July 4th, July 18th and August 29th, there are other 2 km races along with a longer 4 km race on August 1st and the annual 5.5 km or 11 km Malta–Gozo–Malta Open Water Swimming Competition on August 18th.