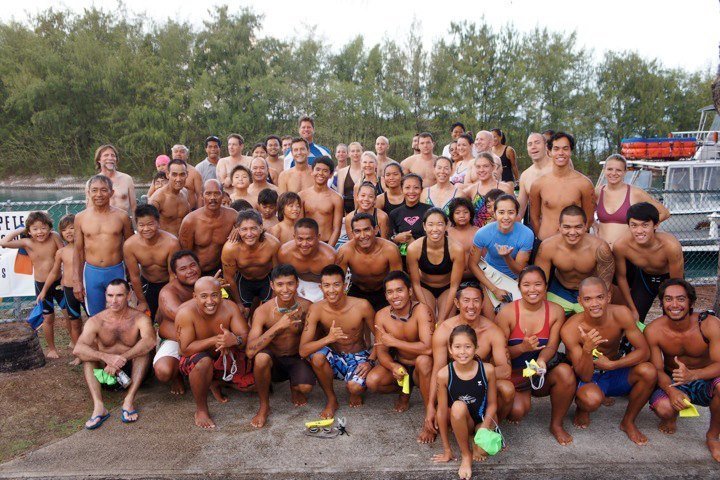 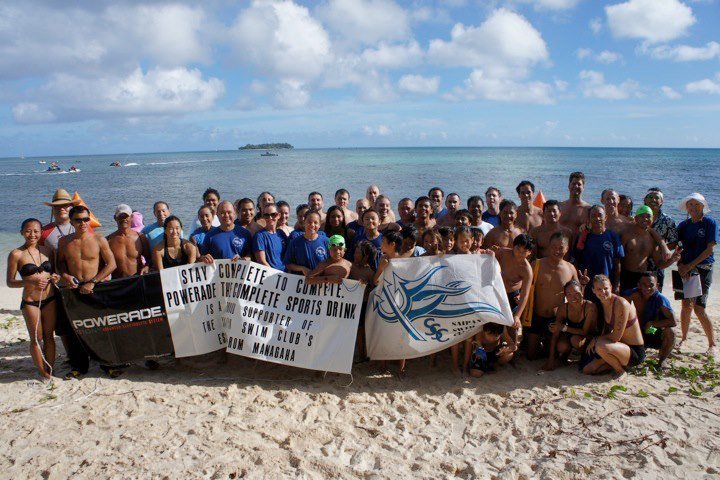 Over the weekend, the Saipan Swim Club enjoyed a record number of swimmers participating in its 2.4 km Escape from Mañagaha to American Memorial Park.

On the island of Saipan, part of the US Commonwealth of the Northern Mariana Islands in the North Pacific, 69 out of 72 swimmers finished the Escape, compared with 34 in 2011 and 42 participants in 2012. The ages of the swimmers ranged from 7 to 61 years with a third of the swimmers using fins, buoys, paddles or snorkels.

For the third consecutive year, 15-year-old Victoria Chentsova and 12-year-old Kento Akimaru took the lead and finished together in 38 minutes.

Mañagaha is a small island within Saipan’s lagoon and presents a navigationally tricky course for the field. Although the most direct route for swimmers is 2.4 km, few were able to take that line due to the currents through the shipping channel and towards the shallower, coral-lined shoreline where turtles and eagle rays were spotted.

Saipan Swim Club’s President, Rob Torres states, “The great turnout for the Escape from Managaha proves that many support its values of fitness, family and fun in swimming. Many escaped this time and all had fun. We hope many more will escape with us next year.”