Sally Minty-Gravett Never Wants To Get Out 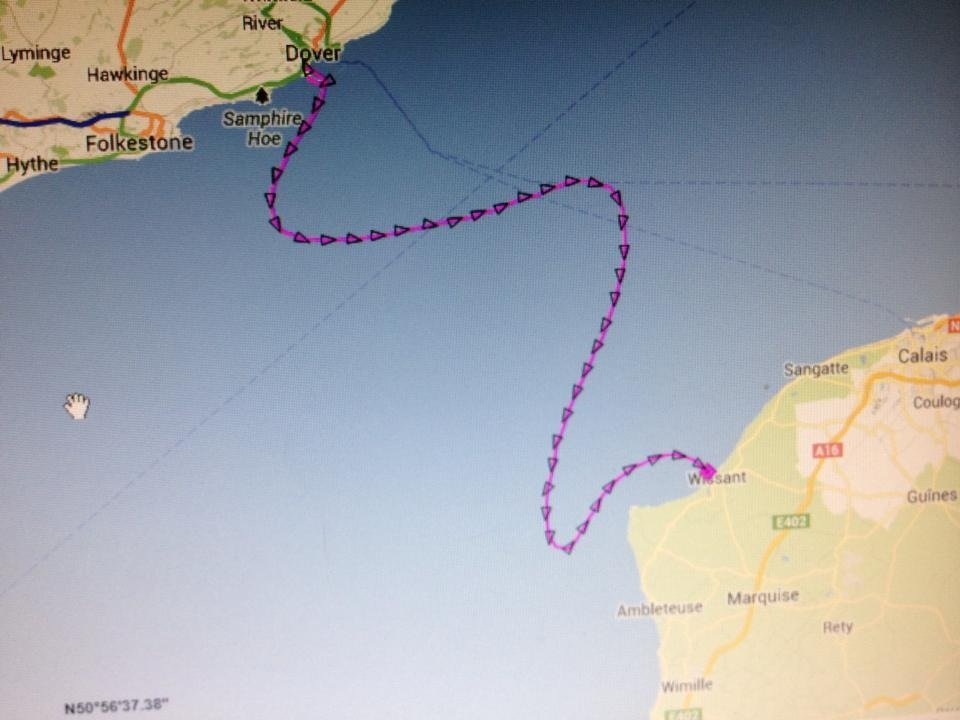 After Sally Minty-Gravett‘s record fifth English Channel crossing in five sequential decades, her legacy and longevity in the sport as an athlete, coach, and inspiration are clearly well-established.

The Daily News of Open Water Swimming asked her to explain what makes her never want to get out.

Daily News of Open Water Swimming: This is your fifth channel crossing in addition to a lifetime of swimming. Is there anything you have ever forgetten before a swim – or is swimming the Channel like riding a bike?

Sally Minty-Gravett: I have not forgotten anything yet!

Daily News of Open Water Swimming: How has equipment (e.g., GPS) and strategy changed over your 5 decades of channel swimming? 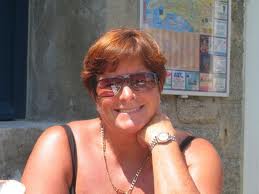 Sally Minty-Gravett: The first swim was in COMPLETELY thick fog on a compass only, I believe. My parents were not allowed on the boat and the only way they knew where I was, was to go to the Dover Coast guards on the White Cliffs to watch me on their radar. I only saw France when I was 3 foot above the sand. Which is quite a good thing really. And we had no mobile phone either until I did swim #4. Mobile phones have revolutionised Channel swims and all the Spot trackers too. Navigational aids were used from the second swim and GPS was used from swim #3 I think.”

Daily News of Open Water Swimming: Does a crossing get any easier, either from a physiological, psychological, or logistical perspective?
Sally Minty-Gravett: The swimming remains the same. Personally, I have never found the swimming hard because I am a swimmer and been doing it for so long. It has always just been another swim. BUT, people say, ‘You have done it before – you will be fine’ – THAT is what puts the pressure and more on us. This year has been interesting as I am 56 and have done less mileage training and more quality swimming – which ensured that I finished strongly and remained totally injury free.

Daily News of Open Water Swimming: You have provided a lifetime of advice to swimmers. Do you follow your own advice to the letter when swimming?
Sally Minty-Gravett: Yes I think I do. Many swimmers come to me to ask me to help them ‘swim the channel’ – I ALWAYS ask their swimming history first and then politely suggest that they allow 2 or 3 years of swimming miles and swim around Jersey first in one year, then from Jersey to France on the next year and then do the Channel. If they choose to go ahead with their training plans, they do struggle. And those who do listen – always thank me for that advice.

Daily News of Open Water Swimming: Swimsuits and goggles are very personal to each swimmer. Have you used the same sort of swimsuit or goggles on each of your Channel swims, or have you changed your swimsuit and goggle types as time goes on (and manufacturers have changed their models)?
Sally Minty-Gravett: Yes – always a similar type of swimsuit – one piece and always for comfort. Goggle styles have changed a lot. In the third and fourth swim, I needed clear goggles for night swimming and darker goggles for daytime. This year, I’ve discovered Zoggs Predator Reactolite goggles. They are clear at night and polarised during sunlight which is revolutionary and totally brilliant. Now many of our swimmers are wearing them too.

Daily News of Open Water Swimming: You probably eat the same sort of food on land over the past 5 decades. Have you changed what you drink or eat during your 5 Channel swims over the decades – or do you stick to the same proven plan?
Sally Minty-Gravett: Swimming in general has changed so much in 40 years. We did not have indoor pools in Jersey until I was 12, in 1969. I learned to swim on the sea from 3 years old. Hence why I am much more at home in the sea goggles, caps, and especially feeding has changed SO much!

My first swim in 1975, my coach told me to tell him when I was hungry. So I had my first feed at 5 hours. Then I fed 3 times. I was sick and didn’t eat again until the end. When I did eat, it was semolina pudding (a finer version of creamed rice), chocolate, tinned peaches and cold Ribena. Finished in 11 hours 57 minutes.

The second swim in 1985, I was sponsored by a sports nutrition company and had all sorts of carbs, protein and electrolyte drinks for during, after and in between training. Trained on it all year – but on the day – found it difficult to use. I was delayed mid-channel by French authorities. All 9 swims that day on September 9th should be in the archives; finished in 15 hours 3 minutes.

The third swim in 1992 saw when Maxim had just been introduced. I used it for the first time on my swim and fed hourly. I had no problems for a 12 hour 8 minute swim from France to England.

Before the fourth swim in 2005, I trained on Maxim all year and planned only to eat hourly. But from the start, I was very very sick to my stomach all day and hardly any food stayed down – and I never ate or drank anything for the last 4 hours as every time I became vertical, I was dizzy and felt sick. But I got faster and faster towards the end and finished in 13 hours 31 minutes

The fifth swim in 2013 was meant to be a 2-way crossing. I trained on Maxim and all my chosen foods all summer with no problems. I planned on using Maxim, redbush tea, hand-made Maxim jello, creamed rice puddings which were lovely, and tinned peaches. It was a perfect day, but from the first feed, I felt full up and found it so difficult to feed so I was constantly vomiting after every feed.

At 9 hours it was very obvious I was going to be unable to turn around in the right place so I decided to ensure I finished a fifth Channel swim which I did with very little internal fuel. I felt great at the end and could have carried on. I recovered immediately and could have done it all again the next day. But EVEN IF I had turned around, I would have almost definitely been taken out due to an amazing electric thunderstorm which lit us all the way back to Dover in the boat. The time was 17 hours 48 minutes and I still want to do a 2 way. I know I can do it.

Daily News of Open Water Swimming: You did 4 swims from England to France and you did one swim from France to England. What is the difference between the directions?
Sally Minty-Gravett: My England to France swim was definitely the easiest to finish. Plus my feeding was so easy too.

Daily News of Open Water Swimming: You live in Jersey smack dab in the middle of the English Channel. Very few English Channel swimmers can say that. Does this give you an edge in preparing for the Channel?
Sally Minty-Gravett: We have the perfect training ground for Channel swim training and 2 perfect swim to do before we even arrive in Dover. Jersey swimmers generally I think are some of the best prepared when they arrive for their Channel swims as are the Serps and Irish too. They too have passionate leaders imparting knowledge.

Daily News of Open Water Swimming: Most Channel swimmers have to explain things about marathon swimming to their spouse. You have Charlie. How easy is that?
Sally Minty-Gravett: I met Charlie in the Channel Relay race in 1975! He was in one team and I was in the youngest and Fast Jersey team. He is a retired Marathon runner and swimmer so he understands which is great. I’ve met whose spouses don’t swim. It must be very hard I think.

Daily News of Open Water Swimming: You are one of the most renowned open water swimmers and coaches in the world. When you step on the shores of Dover does your reputation and the expectations placed on your shoulders lead to any extra pressure to succeed?
Sally Minty-Gravett: Too right! As I said before – people say – you have done it before so you will be fine. They have no idea! However, it has never been about the swimming. It comes naturally to me. I am very fortunate as the more I swim, the fitter I get.

Daily News of Open Water Swimming: 5 attempts, 5 decades, 5 successes. It is a remarkable record. Was there any time during those 5 swims where you wanted to get out and thought about quitting?
Sally Minty-Gravett: I NEVER wanted to get out – ever! I was only concerned in swim #4 that they may take me out as I was feeling as I may pass out and have to be taken out. But I never doubted my ability to finish. I constantly read about swimmers being so sick they get out – but getting out has never entered my head. Stubborn or what?!

Above photo shows her route on her fifth and latest English Channel crossing.