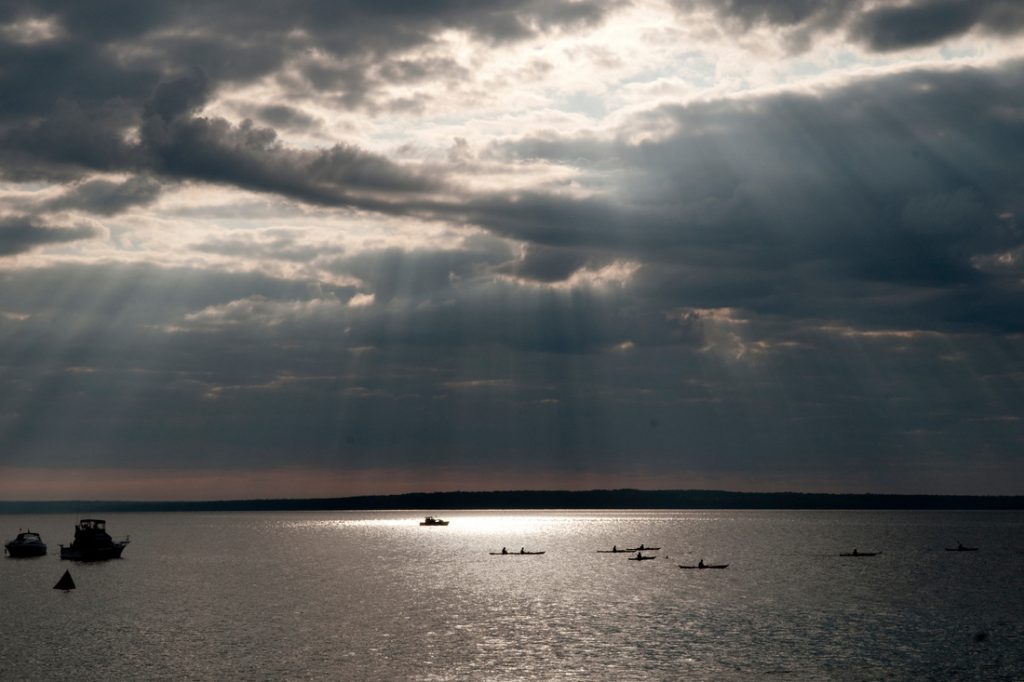 Fred Salzmann from Madison, Wisconsin knows something. The 80-year-old competed in a 2.1-mile point-to-point race in Lake Superior to Madeline Island, the Point to LaPointe Swim.

Salzmann took 1 hour 58 minutes to finish, or 1 hour 14 minutes behind the winning Brian Kirkvold from Minnesota, but he finished the swim and keeps on swimming, especially outside his northern Wisconsin home near Rock Lake where he organizes an annual swim.

In addition to Salzmann, 469 swimmers from 17 American states and Canada took to the Point to LaPointe Swim last year in Lake Superior, a massive body of water that contains 10% of all the fresh water on the planet Earth.

For more information on the Point to LaPoint Swim, visit here.