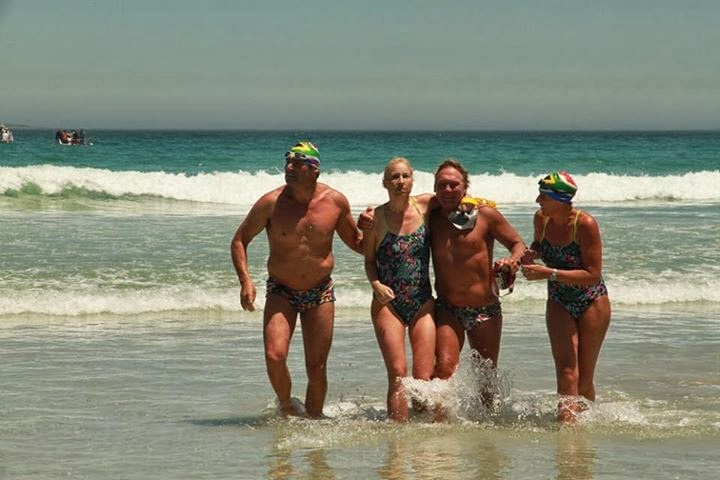 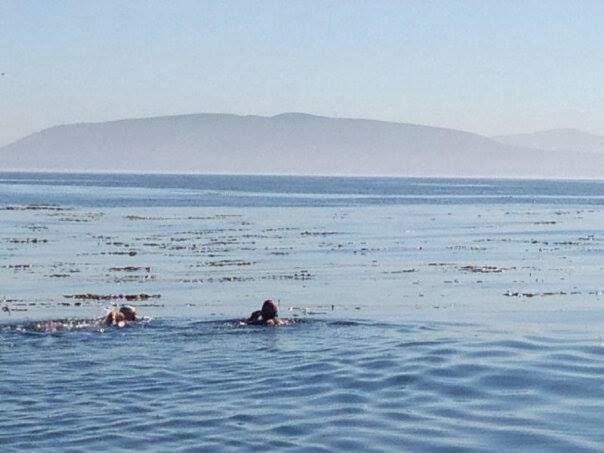 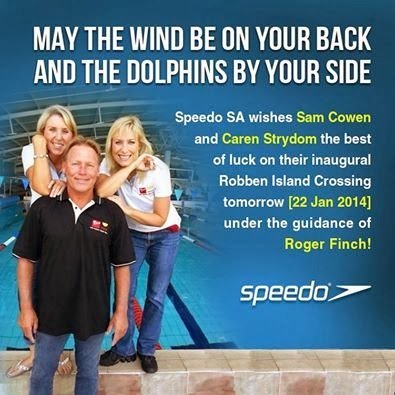 Samantha Cowen is not only an open water swimming newbie, but also a true beginner to the world of aquatics. But yesterday she completed a swim from Robben Island in 10ºC (50ºF) like a real champ and veteran.

“I swam with them at Wits University pool which is an outdoor 50 meter pool three times a week,” describes Finch. “As the temperature drops, they did well 4.5 km in 15ºC each session.”

After over 3 hours in the bone-numbing Atlantic Ocean which dipped to nearly 9ºC near the end of their challenge, she was rushed to the Big Bay Lifesaving club where she spent two hours recovering. While training mate Strydom finished in 2 hours 20 minutes, Cowen came ashore in 3 hours 7 minutes with Finch and Robben Island crossing record holder Theodore Yach. “I never felt that I was going to give up, but there were times where I was exceptionally cold,” she said later.

Strydom said her highlight was swimming through a bait ball and being surrounded by inquisitive dolphins and other marine life.

Speedo South Africa Brand President Stuart Hopwood said, “Cowen and Strydom’s feat was an inspiration. Both of these incredible women have proven that if you set a goal and work towards it, nothing is impossible.”

Cowen never ventured into the ocean to swim until July 2013.

“I have shed tears and cursed, especially during winter training, but after each session I experience a euphoric high and I’m reminded again why I’m so excited for Robben Island.”

It was never easy as she trained for months, whether in the pool and ocean. “My knuckles were white on the steering wheel on the drive to the pool. All the way to the pool. That’s a long way to be tense. That’s nearly 15 kilometres on a national highway. The temperature gauge in the car assures me that outside it is a balmy 12.5ºC, but without the sun and with a nasty, vindictive little wind whipping the leaves on the grass verge up into random frenzies, I think it’s much colder. Inside the car is lovely and warm. I’ve got hot air blowing in every direction possible, warming my feet, my legs, my face. I’m dressed in three layers of clothes. But I don’t really feel the heat deep inside. All I can think about is how cold it’s going to be when I get to the pool. How very cold and dark and overcast it will be. While I’m still fully dressed. On the side of the pool.

Finch reflected on the accomplishment, “Cowen’s progress over the past year had been an incredible feat of mind and strength, while Strydom’s challenge was migrating from a pool to the unpredictable and cold ocean.”