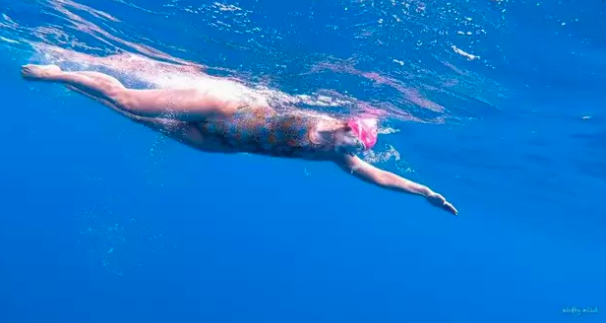 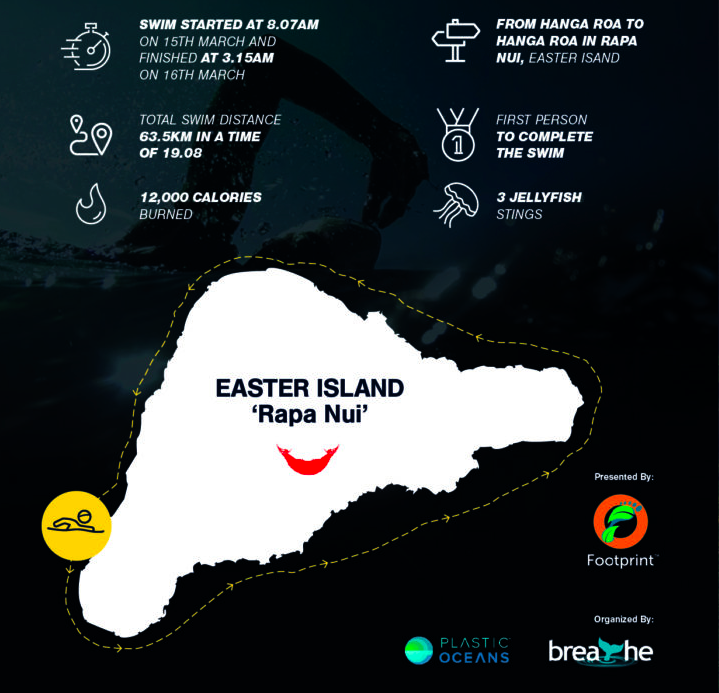 After Cristian Vergara attempted a 61 km circumnavigation swim around Easter Island in November 2016 that ended short of his goal in 26 hours 52 minutes, South African Sarah Ferguson became the next person to attempt a swim around Rapa Nui, a Chilean island in the Pacific Ocean at the southeasternmost point of the Polynesian Triangle.

Her swim was part of Swim Against Plastic, a global campaign to help end plastic pollution. She selected Easter Island because the surrounding waters contain one of the highest concentrations of microplastics in the Pacific Ocean despite being most remote inhabited island on the planet.

“It’s an incredibly special moment for my team and me right now. To have pioneered a swim like this is still something I am wrapping my head around. But to have succeeded in doing something no one else has done is both humbling and amazingly exciting,” Ferguson said. “I hope that just as I swam around Easter Island one stroke at a time, ­people will choose to make one small decision at a time around single-use plastic to help preserve this beautiful blue ocean of ours.

It was a humbling moment for me making history. The most important thing for me however, was to raise awareness on plastic pollution in our oceans. Logistically, this was the most difficult swim I’ve ever made and it involved people from seven different countries to make the swim a success.”